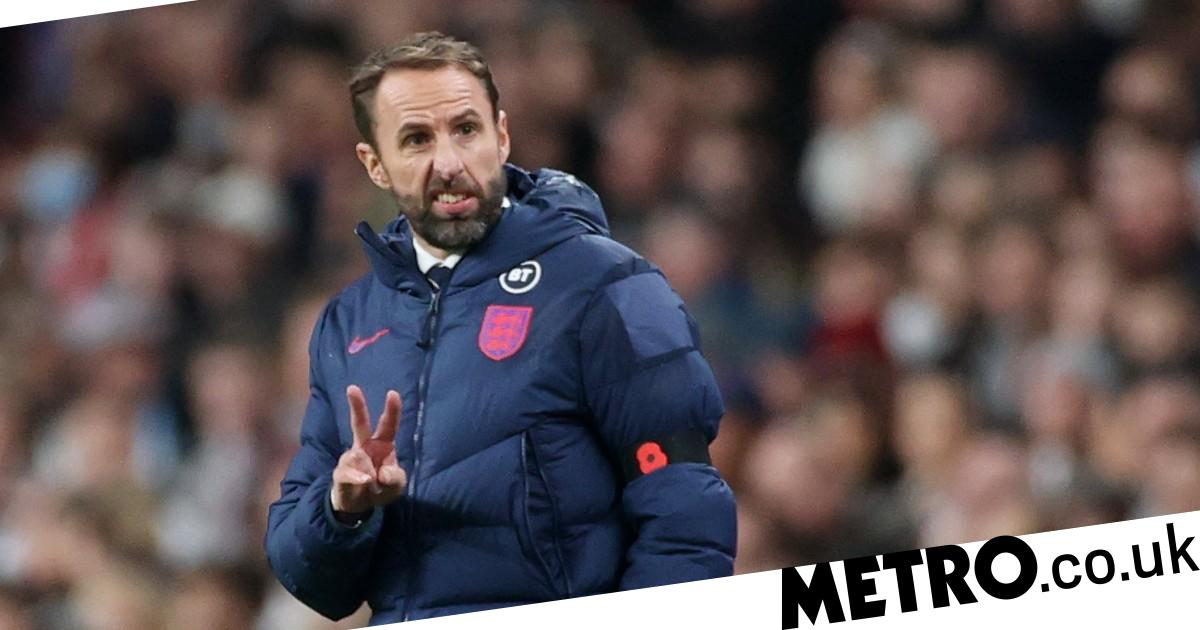 England boss Gareth Southgate insists he is only focused on beating San Marino on Monday night and played coy on suggestions he has agreed a new two-year contract extension.

The 51-year-old’s current deal expires after next year’s World Cup in Qatar, but the Football Association have been keen to tie him down amid growing interest from a number of Premier League clubs.

Southgate oversaw a thumping 5-0 victory over Albania at Wembley on Friday night which means the side now only need a point against San Marino on Monday – the lowest ranked side in the world – to seal qualification for the World Cup.

For now, Southgate insists Monday night’s match is the only thing he is concentrating on and refused to entertain questions on a rumoured £5million-a-year extension.

Asked if he will be signing a bumper new contract until 2024, Southgate told ITV Sport: ‘We need a point! We’re not done, and it would be wrong for my attention to be anywhere else than that.

‘My job is to get this team to a World Cup and then we can look at everything else after that.’

Probed further on whether conversations over a new deal were progressing, Southgate added: ‘It’s an irrelevance for me. I’m under contract, I’m not out of contract.

‘I’m very well backed and supported here, I’ve said that all along, so my focus is just on getting this qualification done and then everything else can wait.’

Southgate was again asked about his contract situation at his post-match press conference, saying: ‘I think there’s nothing more to be said than what I’ve said for the last three months really.

‘We’re focused on qualifying for a World Cup. I think it would have been unprofessional to not be that way, especially when I’m speaking publicly around the matches which is always when I’m, of course, talking to you guys.

‘So I think there’s nothing more to say. And then we’ll get through Monday – all being well we play well, we win the game – and then we can focus on everything else.’