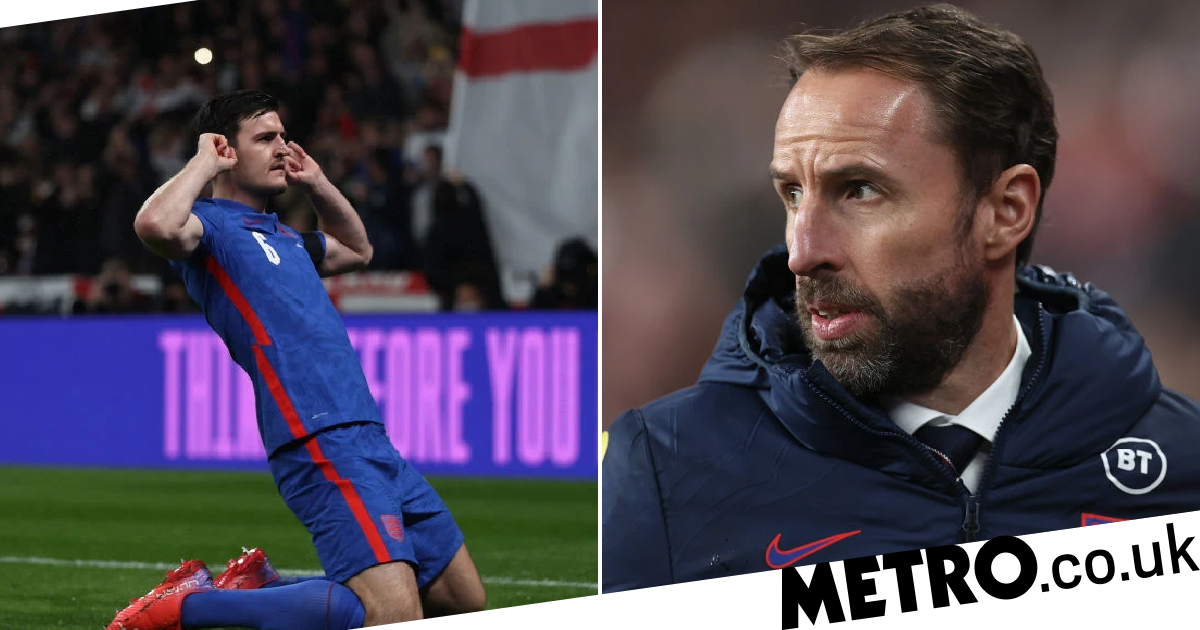 Gareth Southgate has leapt to the defence of Harry Maguire after Roy Keane labelled his goal celebration for England ’embarrassing’.

The defender headed in the opener for the Three Lions in their 5-0 win over Albania on Friday and put his fingers in his ears as he celebrated.

But Maguire, who has faced criticism for his recent performances for Manchester United, did himself no favours with the gesture, according to ex-Red Devils captain Keane.

‘He’s put his hands to his ears like he’s shutting the critics up, but I think that’s embarrassing,’ said Keane told ITV during half-time.

‘He’s been a disgrace the last few months for Man United. He thinks because he’s scored there he’s going to shut his critics up? Embarrassing.’

Southgate, however, insisted he wasn’t aware of the meaning behind Maguire’s celebration as he defended the centre-back in his post-match press conference.

‘Is he a Hulk Hogan fan? I don’t know what the celebration was for,’ Southgate said.

‘He is a fabulous player, two months ago he was in the Euros team of the tournament.

‘He has rushed back because he has a huge conscience to help his club. You get lots of players who hide in the treatment room but he has not done that. I massively respect him for that.

‘You are always judged as a fully fit player, he understands that.

‘I had a good chat with him, reminded him how important he is for us and his performance tonight was very good.’