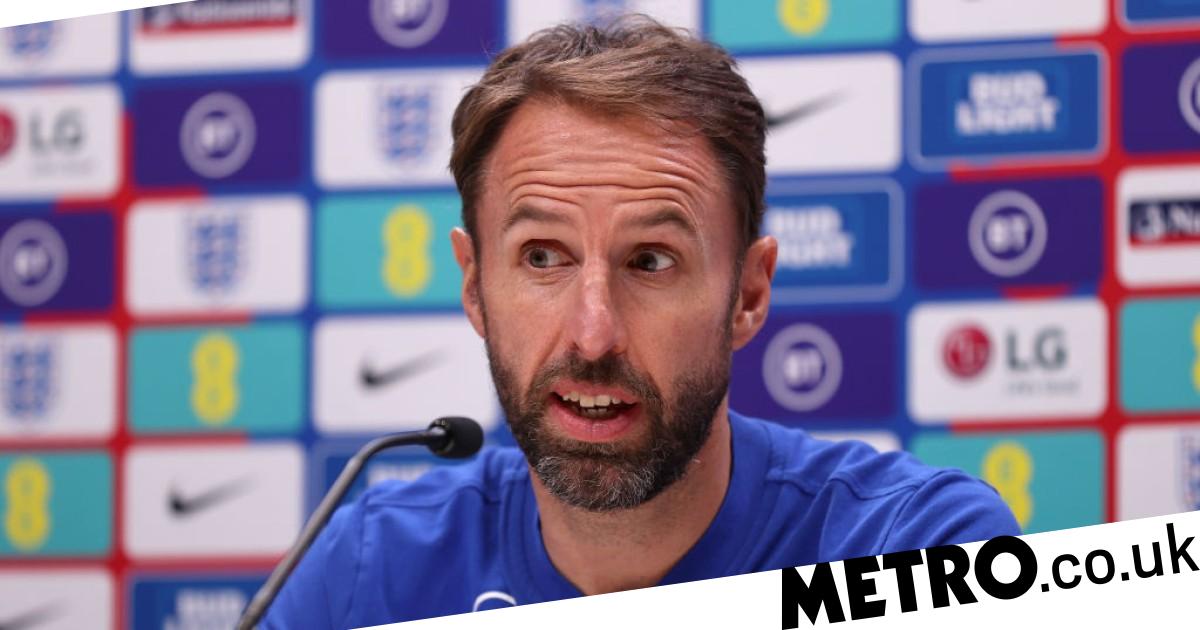 Gareth Southgate has revealed Mason Greenwood asked not to be considered for England selection in order to concentrate on his football with Manchester United.

Greenwood was omitted from the squad for upcoming qualifiers against Albania and San Marino, along with teammates Jadon Sancho and Jesse Lingard.

The 20-year-old has scored four times for United this season, starting all but one of their 10 Premier League games with his omission on Wednesday raising eyebrows.

Greenwood has not played for England since his debut appearance against Iceland last year – sent home after that game with Phil Foden after breaking Covid regulations by inviting two women back to their hotel room.

Southgate has now clarified the current situation, insisting the United forward remains in his long-term plans.

‘We had a discussion before the camp in September and we came to an agreement,’ Southgate said.

‘John McDermott [the FA’s technical director] and myself went to United and had a good chat with Mason and his family and we agreed we would park this until next year, basically. We would leave the autumn games.

‘If he establishes himself in Manchester United’s team then he is going to be very close to an England squad or an England team so he recognises that.

‘He wants to play for England. He is clear about that. We are not not picking Mason because we don’t think he’s good enough or we are not happy with what he requested. We are totally understanding of that and we are happy to wait.

‘Also we have seen lots of youth development and this is his and his family’s one and only chance, so they are understandably more cautious than we might be. We believe these boys can be very big players for England in the long term and we don’t want to get it wrong in the short term.’

Southgate also revealed Borussia Dortmund midfielder Jude Bellingham requested to be stood down from England duty last month with Callum Hudson-Odoi snubbing a call-up from the Under-21 side.

‘I would understand that [the notion of picking and choosing] if we were talking about older players,’ Southgate said.

‘I cannot talk as much about Callum because we would like him to be with the under-21s. He feels he would be best served staking a case for the team with Chelsea. I think he has a better chance of impressing us if he is with the under-21s as well, frankly.

‘With the other two boys, these are young player development issues. We have to think about their physical development. Jude, in particular … for him to have had a couple of weeks to recharge was really important.’