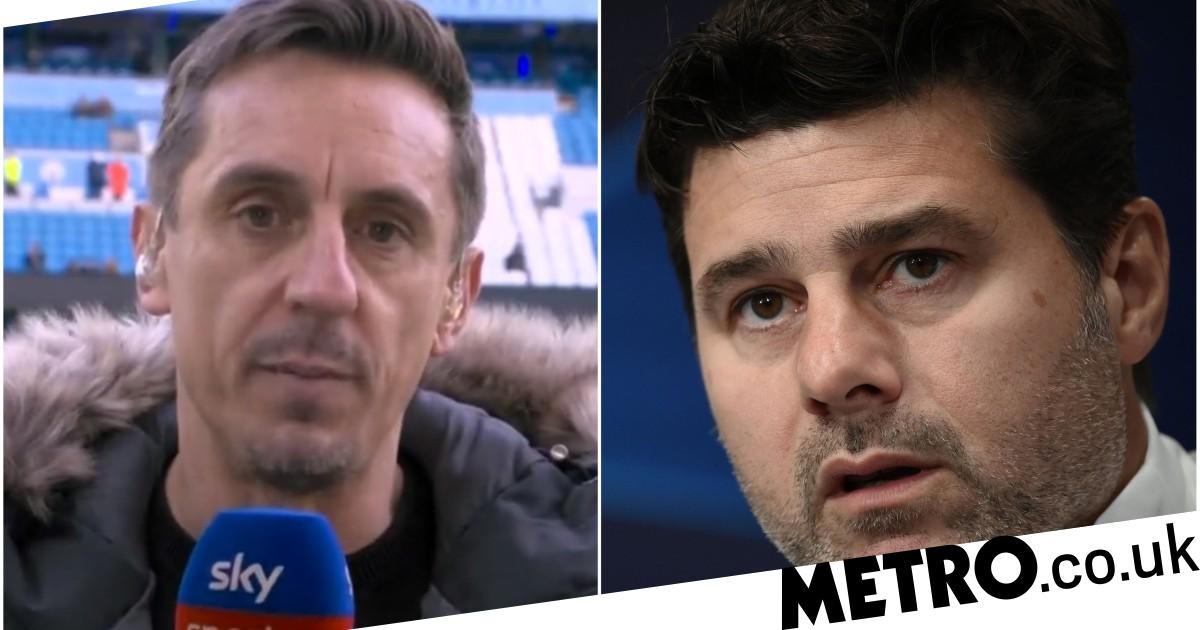 Paris Saint-Germain boss Pochettino is United’s first choice to replace the Norwegian, according to Sky Sports, and while the Argentine is contracted to the Ligue 1 club until 2023, Neville believes the project at Old Trafford could still tempt him away from the French capital.

‘I think Mauricio Pochettino, he would never say it, but I think he would come to Manchester United on a five-year deal tomorrow,’ Neville told Sky Sports.

‘At PSG, you are judged season by season, win the Champions League or you’re out type of model.

‘For me, I think Mauricio Pochettino would absolutely come to Manchester United on a five year deal with backing behind him.’

According to talkSPORT, United believe they have a chance of tempting the former Tottenham manager back to the Premier League with Sir Ale Ferguson said to be pushing the board towards his appointment.

Zinedine Zidane, Erik ten Hag and Brendan Rodgers are among the other names reportedly under consideration.