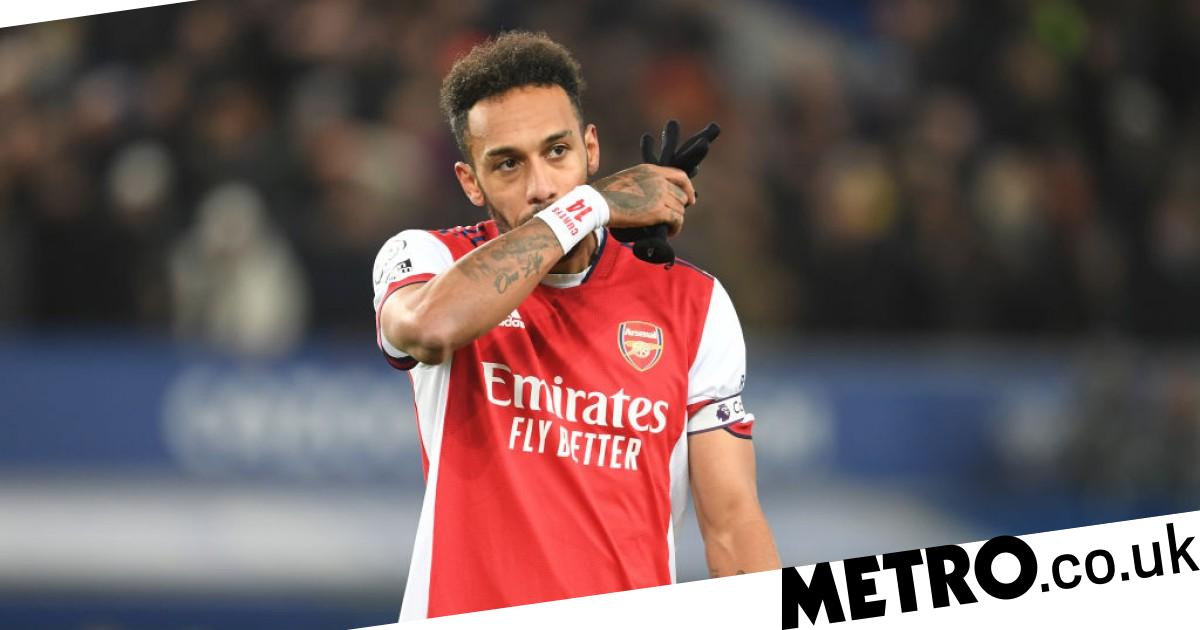 The striker hasn’t played since the start of December in the 2-1 defeat to Everton having been stripped of the captaincy.

Arteta has punished him for a ‘disciplinary breach’ thought to be regarding returning late from a trip abroad which the club approved.

However, the Gunners have coped well without their former captain having won all five matches including a 5-0 rout over Norwich last time out.

Alexandre Lacazette has led the line while the likes of Gabriel Martinelli, Emile Smith Rowe, Bukayo Saka and Martin Odegaard have all stepped up and chipped in with the goals.

‘I think they do [look exciting] when the young players play,’ Neville said on Sky Sports.

‘I think that the Aubameyang situation has made it more simple for Mikel Arteta in the sense that he has an experienced striker in Lacazette and he has three or four really exciting forwards behind him.

‘I just think now they’ve got a real rhythm. Obviously the Aubameyang situation is there, it’s not going away quickly I don’t think and it will hang on every single one of Arteta’s press conferences.

‘They need some stability because there was a period, and there has been periods in this season where they’ve gone on bad runs and you question Arteta and when he’s on a good run he’s the real thing.

‘I just think they need that stability to go on a good run and not question the manager and what he’s trying to do with the club.’

Arsenal are next in action against Manchester City on New Year’s Day.