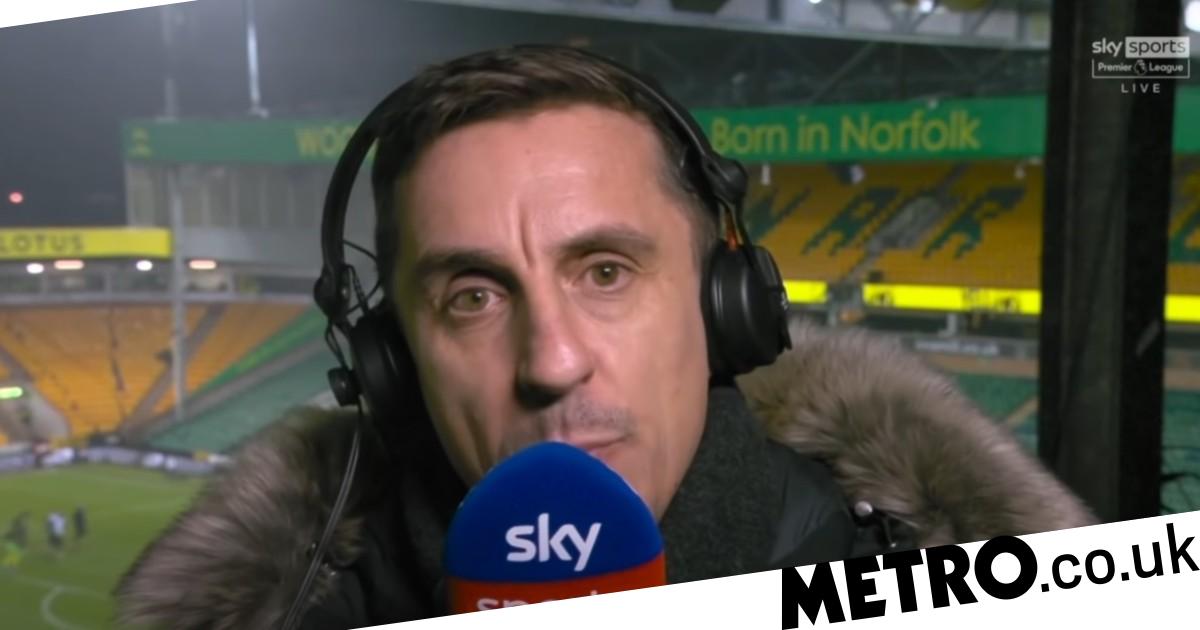 Norwich caused United plenty of problems at Carrow Road and the visitors needed another excellent performance from David De Gea to secure a clean sheet.

At the other end, United’s attackers struggled to shine and Neville believes their two full-backs will face difficulty when they play against the top sides in the Premier League.

‘Against any other team in the league that would have caused them problems. If they go to Brentford and play like that they’re in trouble. He’ll take that week all day long, two 1-0 wins.

‘It was Norwich’s lack of quality. Today I thought that any other team in the league that had any sort of quality about them would have caused real problems.

‘The one thing that Ralf Rangnick had to try and fix first was the defensive problems, and make them tougher to play against. I don’t think they were tough to play against today.

‘The big mystery of today for me is why Manchester United were so lacking in energy. I thought they would be a lot better than that after having a free week to prepare. We’ll know a little bit more on Tuesday night.

‘Rangnick is still finding out about his players. I do think there will be a problem with this system when they play against a team with good full-backs who have got more quality. Dalot and Telles will basically get exposed.

‘Fernandes and Sancho won’t be able to get out in time by the time a Cancelo or a Robertson or an Alexander-Arnold are running down the wing. But they’ve got a few months before they play those types of players.

‘I think by then they would’ve changed things around a little bit, he’ll have got to know the players. I think it’s been a good start from the fact they’ve won both games, they needed to win games and build confidence in the new coach.’