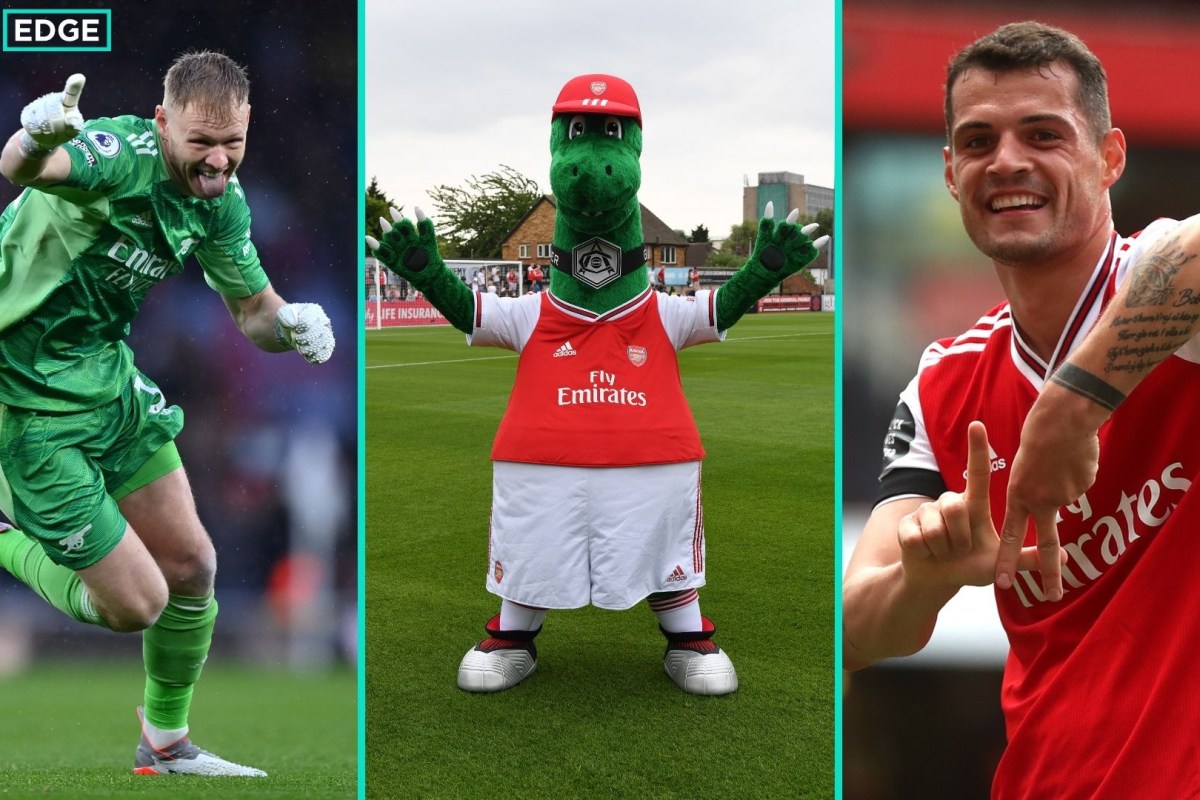 Pierre-Emerick Aubameyang has been stripped of the Arsenal captaincy and will be axed from the squad ahead of the West Ham fixture. OMG.

Auba has been pulled up following a disciplinary breach.

Arsenal’s official statement reads: “We expect all our players, particularly our captain, to work to the rules and standards we have all set and agreed”

The news of Aubameyang joining Granit Xhaka and William Gallas on the list of players removed as Arsenal captain, has amused the internet with tons of memes mocking the 32-year-old.

And although it is unclear how the Gabon striker broke the rules for boss Mikel Arteta to ruthlessly take away the armband, questions on the next Gunners captain have been rising.

Will it be Scottish man Kieran Tierney, Alexandre Lacazette or goalkeeper Aaron Ramsdale?

talkSPORT EDGE takes a look at what the world of social media predicts!

MASCOT TO THE RESCUE

Arsenal have announced their new club captain who will take over from Aubameyang pic.twitter.com/5rwS2Ip9Rd

After an angry confrontation with home fans, Granit Xhaka was stripped of the captaincy and was replaced by Aubameyang in 2019.

This meme always comes handy…..
Xhaka when asked to be Captain of arsenal again ……..”You could not live with your own failure, where did that bring you? back to me!!! https://t.co/PIdXmrAAuM pic.twitter.com/xrM7FbDgxg

Having been at Arsenal for almost one year, rumours have sparked stating Norwegian midfielder Martin Odegaard could become the next captain.

However despite Odegaard’s rising popularity, a few fans are not happy for the 21-year-old to be their leader.

If Odegaard gets the captain armband I’ll be done with Arsenal till Arteta leaves! https://t.co/lWDNzKwGmt

One fan in particular has called out Tierney’s appearance stats. Harsh.

I keep seeing Arsenal fans want a player in Tierney who only plays 40% to 50% of games to be the captain? #Aubameyang pic.twitter.com/E973Ux2HBz

Newly appointed goalkeeper, Aaron Ramsdale has made quite the impact at Arsenal and whereas his fans are in favour of him becoming captain, others are not soo keen.

Arsenal should not do the mistake Man Utd did by making Ramsdale, who recently joined the club and has 0 trophies, the club captain.

Arsenal fans want ramsdale to be the captain https://t.co/elxnNoGxaf pic.twitter.com/l1EgvvN8bD