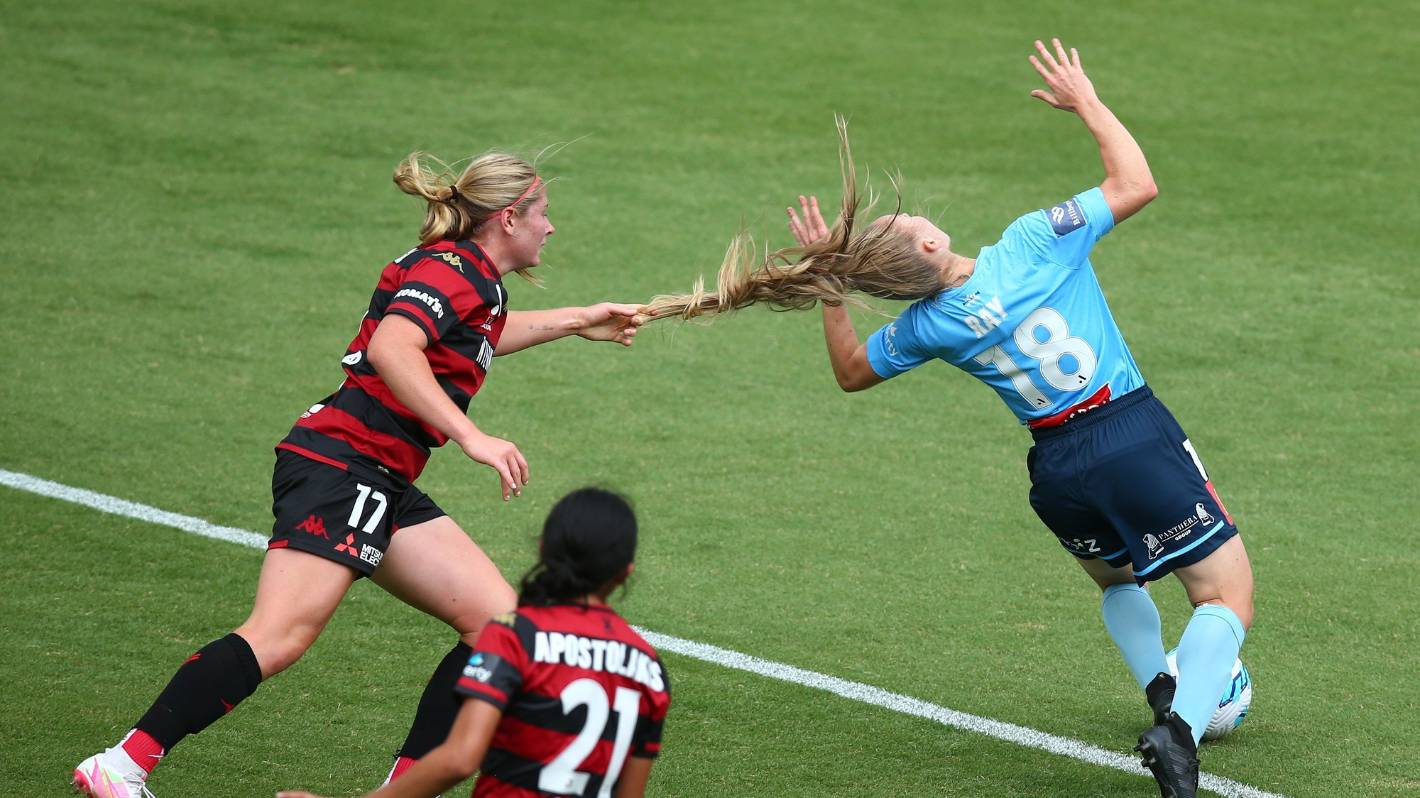 Sydney FC’s Taylor Ray was at the centre of a hair-raising incident in Monday’s A-League Women’s derby.

Ray looked to have avoided the attentions of Western Sydney Wanderers rival Sheridan Gallagher with a nifty dummy, but as she went racing past, Gallagher reached out and grabbed the ponytail of her opponent.

The tug on the hair flung Ray to the ground and after being whistled for the foul, Gallagher was given a yellow card for the offence.

However, many fans felt the foul merited a red card, as did broadcaster Grace Gill.

“For me, that one absolutely deserved a red card. I thought it was a deplorable challenge there by Gallagher on Taylor Ray,” Gill said.

The match finished 0-0 after Sydney FC missed a number of excellent scoring opportunities.