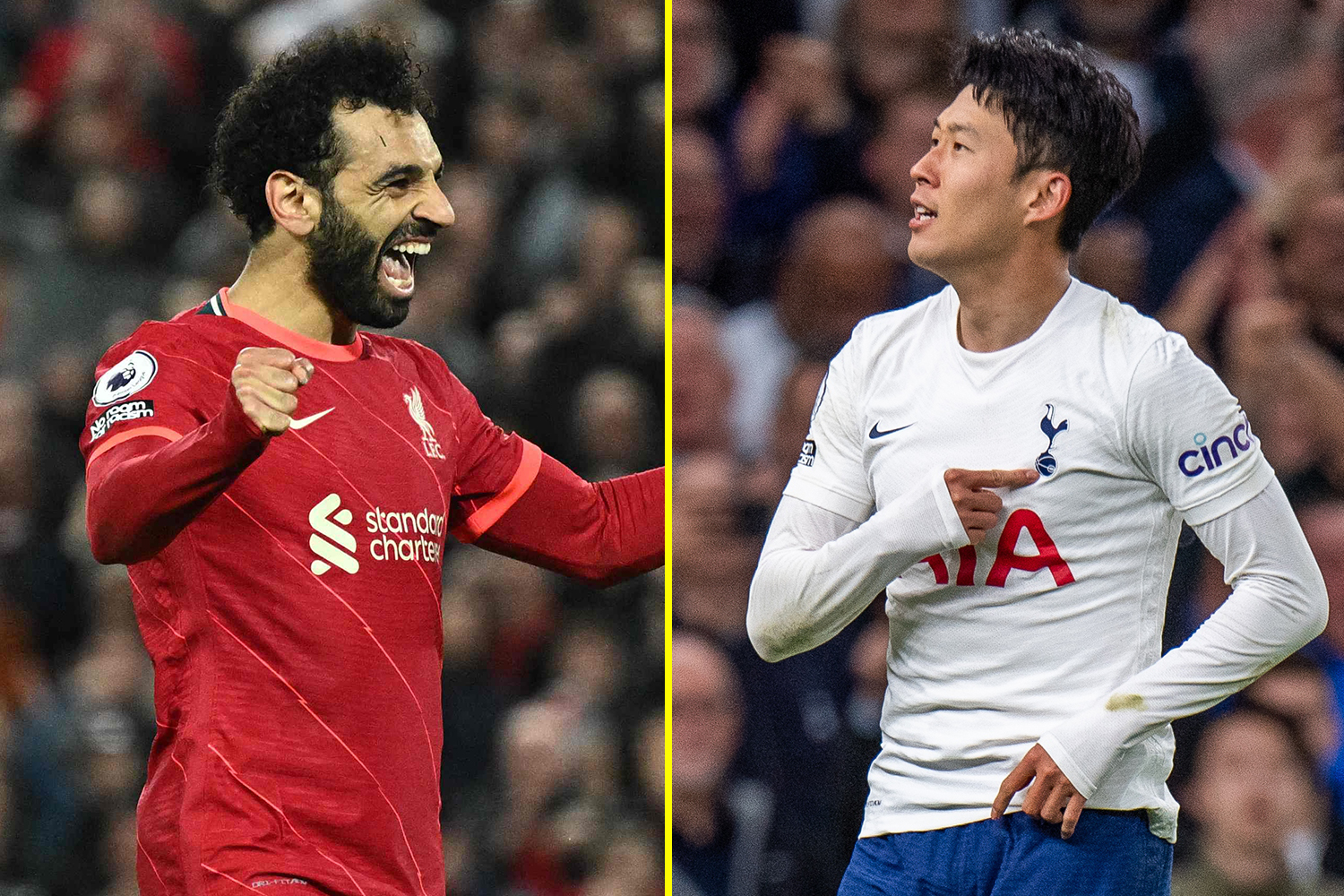 Mohamed Salah faces a fight to secure his third Premier League Golden Boot with Heung-Min Son breathing down his neck as we head to the final day of the season.

The Liverpool forward has been leading the scoring charts for most of the campaign following a stunning start to the term.

However, he now faces a serious threat in the form of Spurs star Son – who bagged his 21st goal of the season in the recent 3-0 win over Arsenal.

The South Korean is now just one behind Salah with just one match remaining to achieve his first ever top-flight Golden Boot.

Cristiano Ronaldo also remains just about in the hunt but he would need to bag at least four in Manchester United’s final game of the season.

Harry Kane – who has won the award on two occasions – has vowed to help his team-mate Son win this year’s prize.

But the England captain, who is Tottenham’s regular penalty taker, stopped short of promising Son spot-kick duties during the club’s final game against Norwich.

“We’ll have to wait to see what happens,” Kane said.

“Sonny has been fantastic for us, another goal tonight, we’ve got another important game on Sunday that I’m sure he’ll be ready for.

“Hopefully we can win him the Golden Boot, that’ll be nice but of course, he knows and we know that the three points are the most important thing.”

Salah, meanwhile, claimed that his goalscoring numbers are proof that he should be considered the best in the world in his position.

“If you compare me with any player in my position, not only in my team but in the world, you will find that I am the best,” Salah told beIN Sports.

“I always focus on my work and do my best and my numbers are the best proof of my words.

“I like to always create a new challenge for me, to work in a different way and to make a difference and that is my duty.”

Bet Of The Weekend