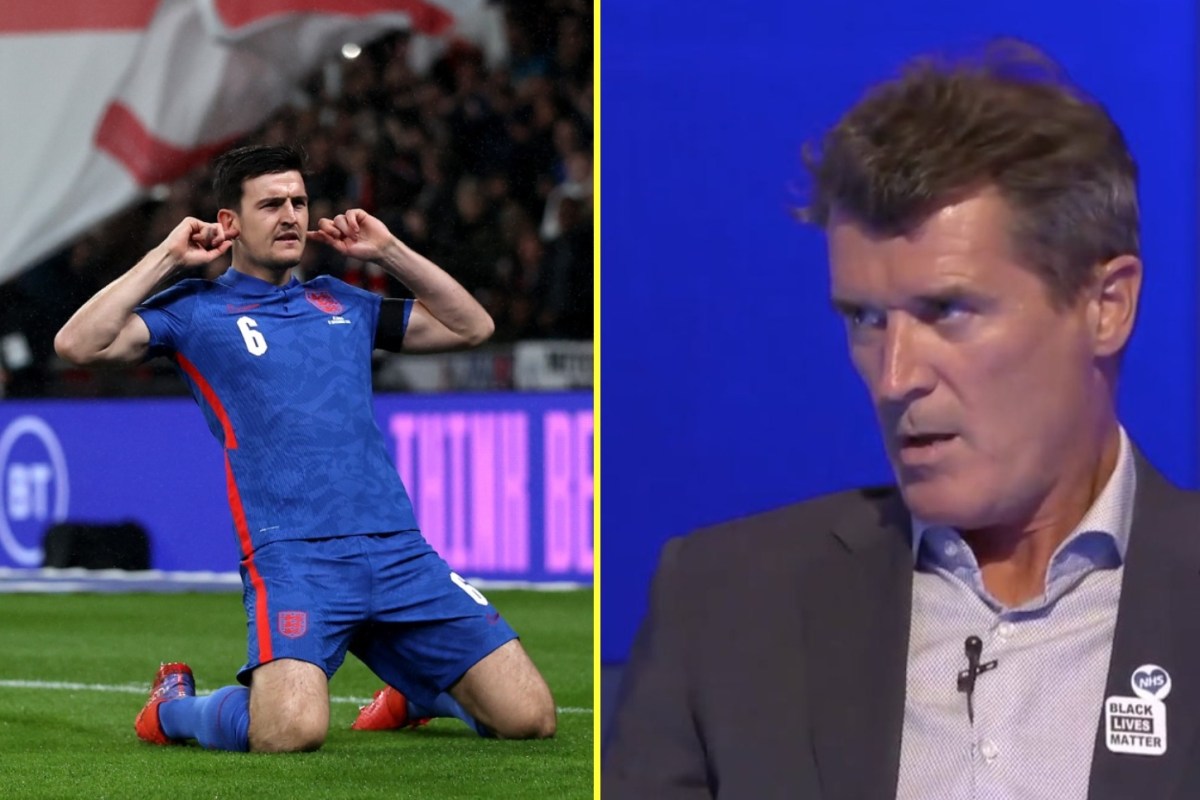 Harry Maguire has issued a response to Roy Keane after being called ‘embarrassing’ for his celebration during the 5-0 win against Albania.

Maguire scored England’s first goal of the night at Wembley, heading in a Reece James free kick in the ninth minute to set the Three Lions well on their way to an easy 5-0 win.

Maguire has been in poor form to start the season at club level, singled out for criticism in humbling defeats to Liverpool and Manchester City, with United quickly falling away from the title race and needing Cristiano Ronaldo to save them in Europe.

The gesture was interpreted as Maguire trying to ‘silence the critics’ by the ITV punditry team, with all three in agreement it was the wrong thing to do.

United legend Keane, who is exactly one of the critics Maguire was trying to shut up, was the most dismayed of all.

“He obviously puts his hands like he’s shutting the critics up, but I think that’s embarrassing,” Keane said.

“He’s been a disgrace the last few months for Manchester United and he thinks scores and it’s going to shut his critics up. Embarrassing.”

Keane recently said that he had ‘given up’ with United’s players after another poor showing against rivals Manchester City, and has often been a critic of the defender.

Yet Maguire was not willing to simply remain quiet and issued a response himself to the criticism.

He told ITV: “I’m Manchester United captain, of course I’m going get criticism when the team isn’t doing well but the celebration wasn’t directed at anyone.”

A hat-trick from Harry Kane and a silky finish set England on their way to a romp, which Dean Ashton described as ‘the best half of English football I have ever seen.’

Just a point is needed for England to qualify for the World Cup in 2022, with an away trip against San Marino to come on Monday.