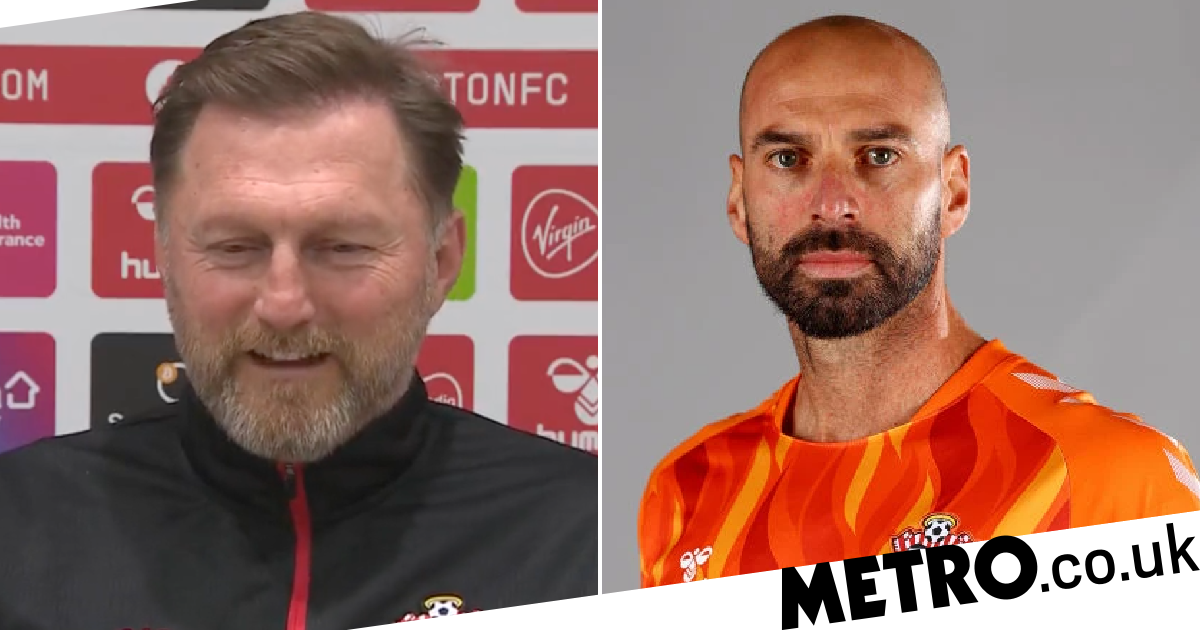 Caballero joined the Saints on a short-term deal earlier this week, after the south coast club suffered injuries to both Fraser Forster and Alex McCarthy.

The 40-year-old was part of Chelsea’s Champions League winning squad last season, before being released by the Blues after four years at the club.

Caballero looks set to make his Saints debut in their Premier League clash against seventh-placed Arsenal on Saturday, with Seaman urging the Gunners to target the Argentinian keeper, who has been without a club for the first part of this season.

‘We need the confidence of a good start, an early goal would be perfect. Even against Everton we created chances. If we weren’t creating chances then I’d be really worried, but we are creating.

‘We need a bit more clinical finishing and hopefully that’s going to happen on Saturday.

‘I just feel that somewhere along the line, especially with the chances we created at Everton, that we are going to get two or three and I’m just hoping it will be this weekend.’

But now Hasenhuttl has responded to the legendary Arsenal keeper’s comments and challenged Mikel Arteta’s side to try and fulfil his request.

‘Hopefully we can also defend properly and we have some filters in front of him so don’t let too much come to the goal.

‘He looks very fit to me, very professional otherwise he wouldn’t be our number one choice.

‘He’s shown that he’s a very good package and hopefully on the weekend he can help us.’