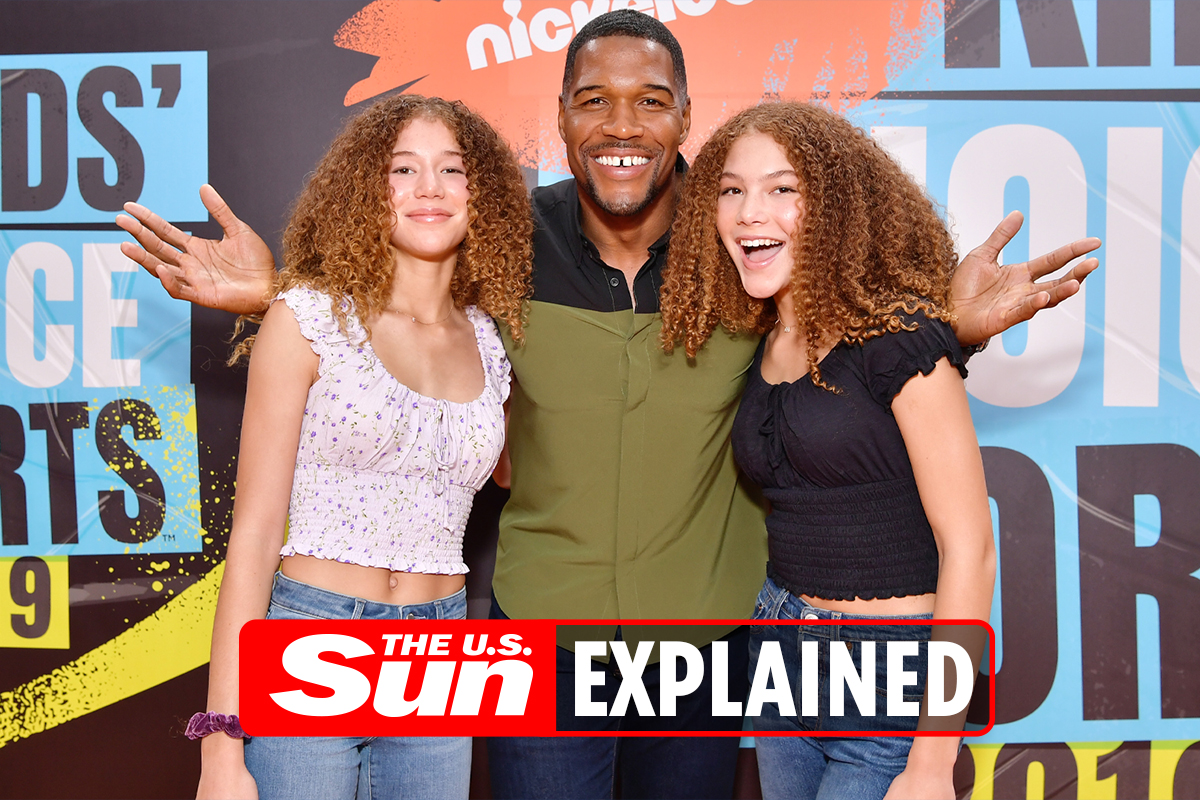 Strahan, the well-known TV personality and former NFL player went to space on December 11 and reportedly can’t wait to go back.

Who is GMA host Michael Strahan?

He spent his entire professional career, which spanned 15 years, with the New York Giants and won the Super Bowl in his final season in 2008.

During the NFL football season, he serves as an analyst of Fox NFL Sunday and he previously hosted Live with Michael and Kelly between 2012 to 2016.

Who are his four children?

Strahan and his first wife, Wanda Hutchins were married from 1992 to 1996 and had two children together.

Little is known about Strahan and Hutchins’ second child, Michael Jr who is now 26 years old. However, their eldest, Tanita, 30, is an artist and sells her work online.

Strahan promoted her work when he wished her a happy birthday in November on Instagram and directed his followers to purchase his daughter’s work on tanitasgallery.com.

In a separate post, he said, “On the left, you were the first person I celebrated being drafted with. On the right, you are looking absolutely beautiful celebrating your 30th bday yesterday!

Tanita, you gave me the greatest gift in life… being a father!

May all your dreams continue to come true. I love you and am so proud of you. Keep using your creativity to bring joy to the world.”

After his divorce from Hutchins, Strahan married Jean Muggli in 1999 and the pair had twin daughters, Isabella and Sophia in 2004. Strahan and Muggli divorced when the girls were two years old.

Strahan celebrated the joy of being a father on Thanksgiving with an Instagram post of him alongside his four children.

“There is so much I am thankful for,” he wrote.

“There is nothing I am more thankful for than the honor of being a father to this group. My TEAM for LIFE! Happy #Thanksgiving to everyone.”

Has he been married?

Strahan and Muggli had a court dispute in January 2020 over child support and in legal documents, Muggli claimed Strahan had private investigators follow her to her North Carolina home.

Strahan’s lawyers denied the claims, saying, “The notion that she is under surveillance is absurd and could never be proven.”

Did he accuse his ex-wife of abuse?

The former NFL player has been embroiled in a public custody battle with Muggli after he accused her of “physically and emotionally abusing” their girls in March 2021.

TMZ obtained documents in early March that revealed the Hall of Fame athlete asked the court for primary custody of his twin girls.

According to the documents, Strahan claimed his ex-wife was engaging in a “pattern of abusive conduct towards the children for years.”

He also claimed to have proof of the abuse and said he detailed them in sealed documents.

According to TMZ, he allegedly said Jean failed to take their daughters to court-ordered therapy sessions and has kept them from attending their volleyball and equestrian events.

Strahan also allegedly stated he wants primary custody of the girls and wants Muggli to be held in criminal and civil contempt for her alleged actions.

If awarded custody, the girls would move to New York City with Strahan. They currently live in North Carolina with their mother.

As for Muggli, he’s asking she only gets visitation rights.

Did Michael Strahan go to space?

He made the journey alongside the late Alan Shepard’s eldest daughter, Laura Shepard Churchley.

Strahan told Bezos he “can’t wait to go back” and in a post on Twitter following the trip, he said, “Touchdown has a new meaning now!!!”

“It was surreal … it was unbelievable. It’s really hard to describe it,” he added.