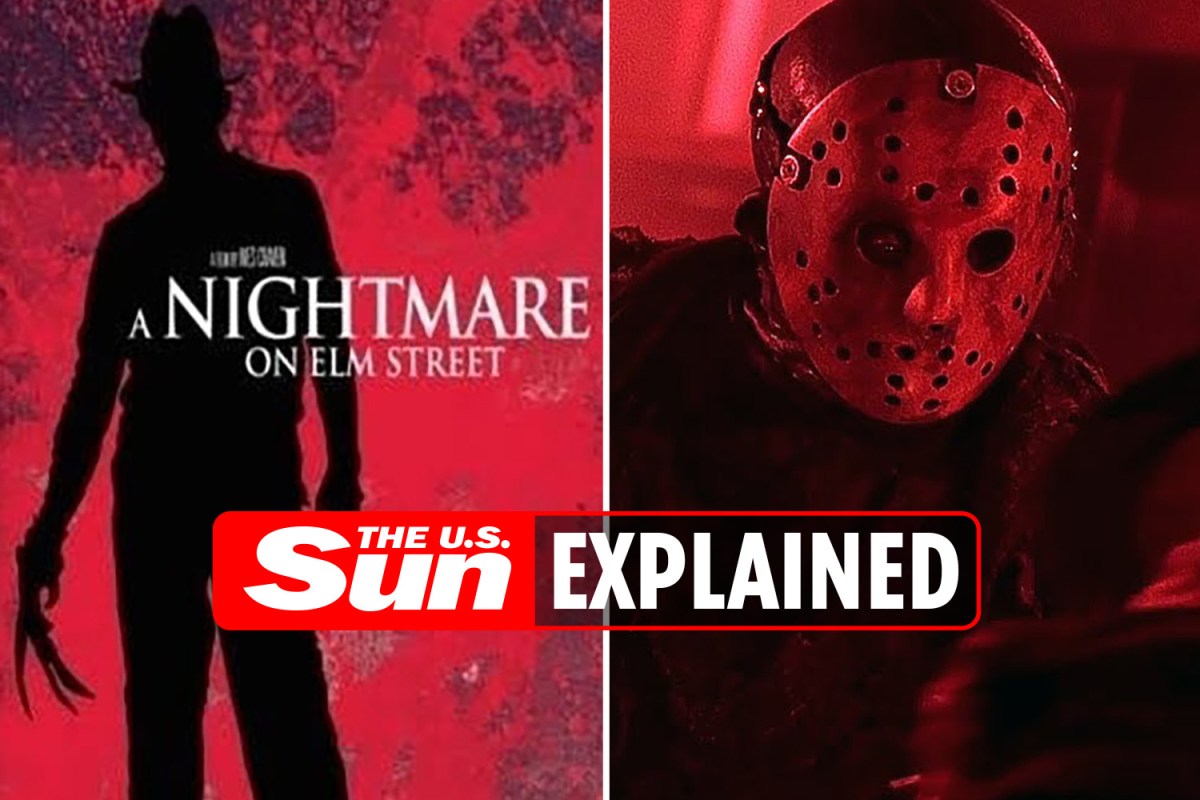 NIGHTMARE on Elm Street is one of the most popular horror movie franchises to date.

The first film in the series debuted in 1984, with a remake of the original coming out in 2010.

How many Nightmare on Elm Street movies are there?

In total, there are nine Nightmare on Elm Street films, as well as television series, novels, and comic books.

The Nightmare on Elm Street franchise focuses on Freddy Krueger, the ghost of a former child killer who was burned to death by the parents of his victims. He returns from the grave to haunt the dreams of local teens, terrorizing and killing them in their sleep.

From 1988 to 1990, a TV show called Freddy’s Nightmares aired in syndication, featuring different horror stories which were introduced by Freddy Krueger himself.

Starting in 1987, novelizations of each of the films were released; The majority of the novels followed the film plots closely, with a few minor changes.

Released on November 9, 1984, A Nightmare on Elm Street is the first installment in the franchise. The movie, directed by Wes Craven, features Robert Englund as Freddy Krueger.

In the first of the series, Freddy Krueger haunts the dreams of four teenagers living on the same street in the fictional town of Springwood, Ohio. He and his bladed glove torture and kill the teenagers in their dreams, which in turn kills them in reality.

One of the houses featured in the original Nightmare on Elm Street is now for sale.

The second movie was directed by Jack Sholder and reprises Robert Englund’s role as Freddy Krueger.

In the sequel, a teenager begins having recurring nightmares of Freddy Krueger after moving into the former home of Nancy Thompson, a character in the first film.

The third film was directed by Chuck Russell and focuses on a young girl who is sent to a psychiatric hospital following a dream where she’s attacked by Freddy.

In the hospital, she befriends Nancy Thompson, who survived Freddy’s attacks.

The film grossed $44.8million in the US and is considered by many to be one of the best movies in the franchise.

Following the death of Nancy Thompson, Krueger returns to haunt the dreams of the families that killed him. He then is able to find new victims to torture.

Released on August 19, 1988, this film was the highest-grossing in the franchise until the release of Freddy vs. Jason.

The fifth movie in the franchise was directed by Stephen Hopkins and focuses on Freddy’s use of a pregnant woman’s unborn child to find new victims.

In the movie, Freddy haunts the baby’s dreams.

This film is considered one of the darkest films in the series and is one of the last slasher films to be released in the 1980s.

This film is considered to be the last in the original series and received negative reviews from critics at the time of its release.

Following the last teenager in Springwood not to be murdered by Freddy, the movie features several big names, including Alice Cooper and Johnny Depp.

The creator of the first Nightmare on Elm Street, Wes Craven returned for the seventh installment in the franchise.

This standalone film doesn’t follow the rest of the series and instead features Freddy Krueger as a fictional movie character who haunts the real-world cast and crew on their sets.

Although this movie received positive reviews from critics, it’s the lowest-grossing film in the franchise.

In 2003, a crossover between the Nightmare on Elm Street franchise and the Friday the 13th franchise was directed by Ronny Yu.

The movie puts the two villains in the same universe, pitting them against each other as they attack the residents of Springwood.

Freddy vs. Jason grossed over $116million worldwide, making it the most successful film for either franchise at the time.

Released on April 27, 2010, the remake of A Nightmare on Elm Street was directed by Samuel Bayer.

Following the original plotline, the remake focused on making Freddy Krueger a darker character as opposed to a comical one.

The film grossed over $117million worldwide.