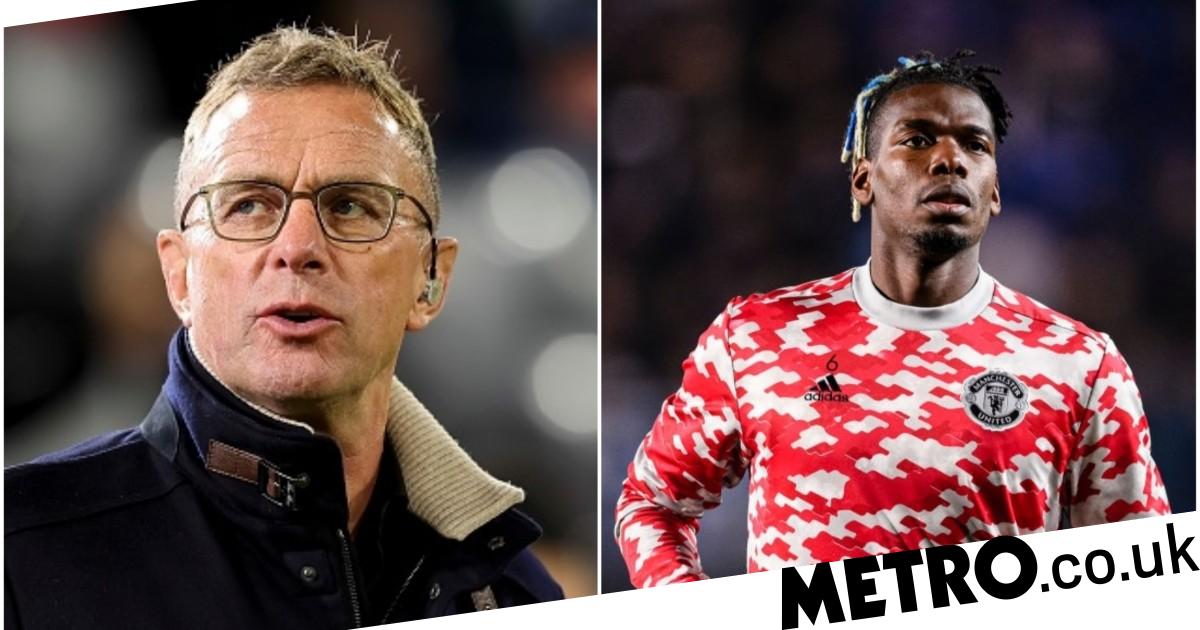 The German’s arrival at Old Trafford is expected to be confirmed in the coming days although it remains to be seen whether his first game in charge will be against Arsenal or on Thursday or the visit of Crystal Palace on Sunday.

Pogba is currently sidelined with a thigh injury suffered while on international duty with France earlier this month but could return before the end of the year.

The Frenchman is currently in Dubai where he is continuing his recovery but is said to be ‘enthused’ by developments back in Manchester with Rangnick’s arrival imminent, according to The Athletic.

The report claims Pogba has received ‘positive feedback’ about the German from contacts in the game is looking forward to working under the 63-year-old coach.

United are undefeated since parting company with Ole Gunnar Solskjaer with caretaker boss Michael Carrick securing a win and a draw away to Villarreal and Chelsea respectively ahead of Rangnick’s arrival.

Former United defender Gary Neville was among those to speculate that the team put out by Carrick at Stamford Bridge was actually selected by the German, with Cristiano Ronaldo left out of the starting XI.

That is not thought to have been the case however with Carrick also dismissing those suggestions.

‘That’s not the case, no,” Carrick said.

‘We came here with a plan. I kind of knew how Chelsea would play and we wanted to stop the passes through to Jorginho and Ruben Loftus-Cheek.

‘There were a few changes to freshen it up and it’s what we decided to go with today. We almost pulled it off.’