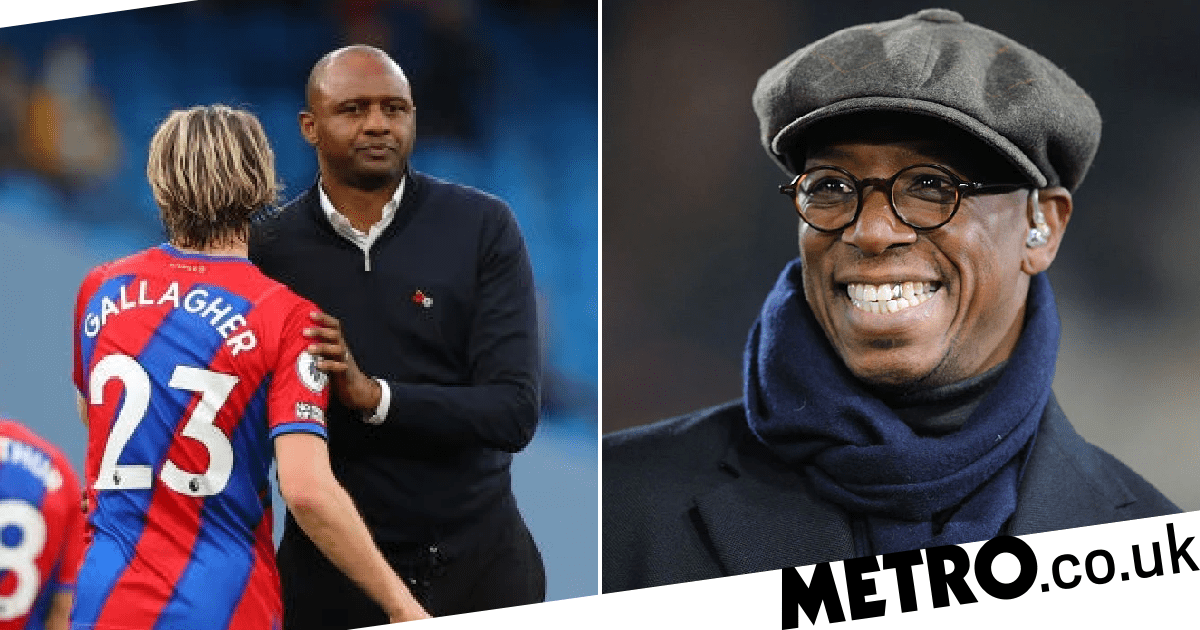 The 21-year-old is enjoying an excellent campaign so far on loan at Selhurst Park and did his parent club a big favour by scoring and assisting at the Etihad as Palace pulled off a shock 2-0 victory.

Gallagher robbed Aymeric Laporte of possession in the fifth minute before setting up Wilfried Zaha for the opener, while he netted with a ferocious strike late on to wrap up all three points.

As well as making an impact in the final third, Gallagher tracked back and worked extremely hard to harass and harry City’s players, with Wright singling out the youngster afterwards.

Speaking on Match of the Day about the midfielder’s involvement in the first goal, Wright said: ‘This is brilliant from Conor Gallagher, because he’s cutting off Laporte’s left foot, he wants him to go inside, bam! Pep’s saying they gave it away- no, Palace sucked them into that trap.

‘Again you look at Conor Gallagher, he goes into a position where we know that Man City like to play in that area, Bernardo Silva’s there, cuts it out again. And they did that all day, the plan was perfect. He was everywhere, he was doing everything.’

Palace boss Vieira was also asked about the performance of both Gallagher and Zaha, saying after the game: ‘I think both of them, like the rest of the players, worked really hard.

‘We knew that coming to City we’re not going to have the possession, so we have to work really well as a team and we couldn’t allow ourselves to have one player not taking part in the defensive work.

Palace star Zaha was also full of praise for Gallagher and feels the Chelsea loanee’s arrival at the club has provided the perfect foil for him.

Speaking after his goal against City, the Ivory Coast international said: ‘[Conor] brings a lot of energy. Obviously, playing up top I needed people to link up with. He gets up and down which makes a lot of difference, when he gets up and helps out.’