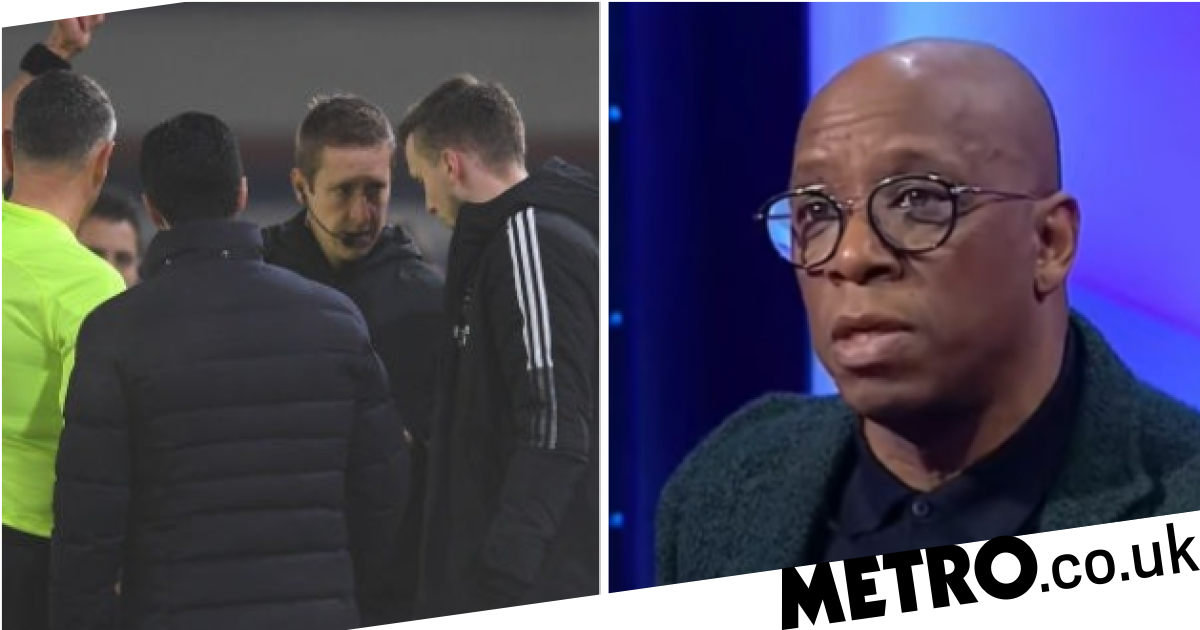 Ian Wright praised the actions of Rob Holding for reporting the racist abuse aimed at one of his Arsenal teammates during Arsenal’s 4-1 win over Leeds United last night.

The Gunners continued their fine recent form with a convincing victory at Elland Road, but the win that cemented their place in the top four was partly overshadowed by an incident that forced a brief break in play during the first-half.

Referee Andre Mariner called a halt to proceedings in the 32nd minute after Holding alerted the fourth official to a comment made from a Leeds supporter, aimed at one of his fellow Arsenal substitutes.

The game quickly re-started after Mariner consulted with Holding and several members of the Arsenal coaching staff, but had to intervene shortly afterwards and warned Bukayo Saka not to celebrate his goal in front of the Leeds fans shortly before half-time.

After the game a fan was arrested and the incident is now under investigation with Leeds promising that anyone found guilty of using racist language at Elland Road will be handed a lifetime ban.

‘Leeds United can confirm that an investigation into claims of racism during the first half of our game with Arsenal are underway, and that one arrest has been made in connection to the allegation,’ a statement read.

‘Racism will not be tolerated at Leeds United and any supporter found to be using racist language will be subject to a life time ban for all Leeds United games.’

Arsenal legend Wright, meanwhile, a driving force in the fight for racial equality in football and wider society, chose to praise the actions of Holding for standing up for his teammates when many others might have chosen to ignore the abuse aimed one of his black colleagues.

He told Premier League Productions: ‘You have to applaud people like Rob Holding. When you are being racially abused it’s very difficult to get up and do that as a black person without people coming down and piling on and saying ‘here he goes, here he goes’.

‘So for Rob Holding to get up and do that for his teammates is something for me, being in a dressing room and knowing what that’s like wanting that kind of help, that is fantastic.

‘What should happen now is he should be found, we should be able to find him because it’s there for everyone to see and he should be prosecuted and banned.’

On the incident that took the gloss off Arsenal’s victory, manager Mikel Arteta added: ‘Unfortunately I can confirm that and it was reported to the stadium manager and now the authorities will deal with that.

‘Yes, it was a player sitting on the bench. One of the players heard those comments.

‘I don’t know exactly who it was [directed at], that is why they will have to be interviewed and they will deal with the authorities in that case.’