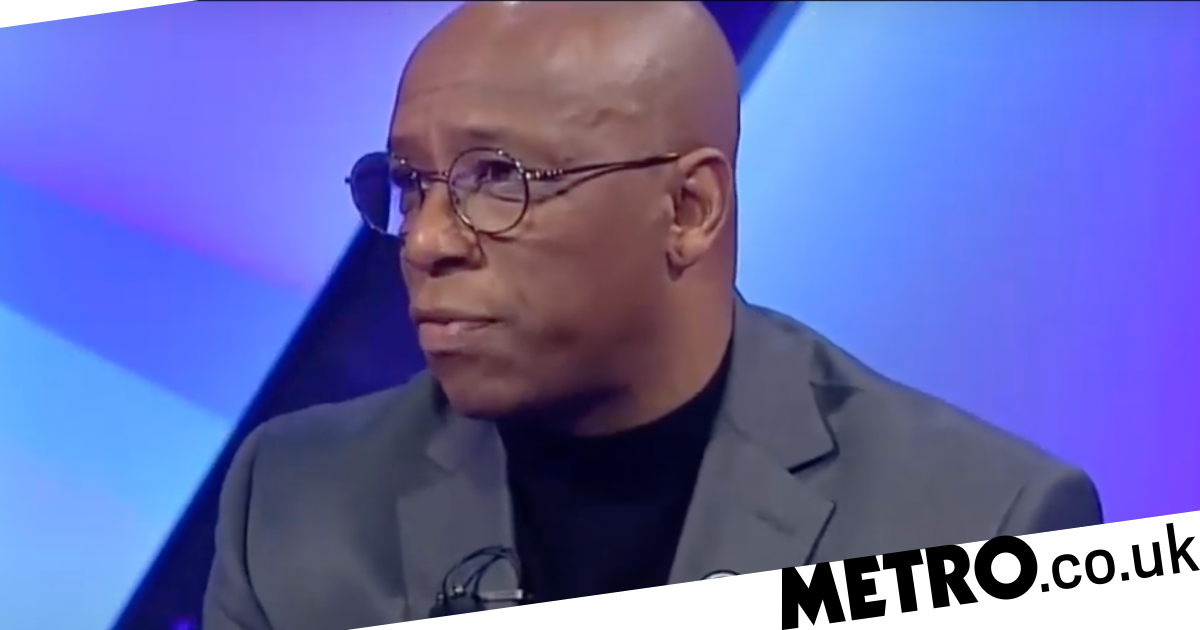 Ian Wright urged Mikel Arteta to ‘kill’ his bad blood with Pierre-Emerick Aubameyang following Arsenal’s 2-0 victory over West Ham in the hope that the club are able to ‘move on’ from the episode.

The saga dominated the build-up to Wednesday night’s London derby, but Arsenal’s convincing London derby win ensured they leapfrogged the Hammers into the top four thanks to goals from Gabriel Martinelli and Emile Smith Rowe.

Arteta was reluctant to be drawn on Aubameyang’s future when pressed both before and after the match, keen only to discuss his side’s performance at the Emirates.

Asked whether his players had been distracted by the noise, Arteta replied: ‘No, they were fully focussed and they wanted to show how strong we are as a team.

‘The performance, attitude and commitment is exactly what we asked them, not myself but as a club.

‘I expect every player to stick to our values and do what they have to do.’

Pressed on whether there was work to be done to reestablish a relationship with Aubameyang, Arteta bluntly responded: ‘We will talk about that another day. Today I want to focus on the game.’

In response to Arteta’s post-match interview, Wright said he was disappointed the Spaniard had decided against ‘quashing’ his beef with Aubameyang.

The ex-Arsenal striker fears the matter will grow to become a distraction if he continues to avoid it, with the Gunners travelling to Leeds this weekend.

‘He’s just not entertaining anything to do with Aubameyang and I totally understand when he says he just wants to concentrate on what happened today and he doesn’t want to talk about it,’ Wright told Premier League Productions.

‘But I don’t think you can continue to avoid it, especially in the way that it has come about. At some stage you’re going to have to quash it or talk about it.

‘He’s got the capability of killing it and saying, “Yeah, he’s in the plans and he’s an Arsenal player”, and he didn’t do it.

‘I was hoping for something like that because what you want now is everything’s done, Arsenal have won, they’ve played brilliantly, the boss has been vindicated for his decisions so just quash it so they can move on.

‘It’s going to be talked about again, they will mention it again for the next game. And then if he’s not in the next game… so he can kill it, that’s all I’m saying. Kill it.’

Lacazette fluffed his chance to double Arsenal’s lead against West Ham after being brought down inside the box by Vladimir Coufal, who was shown a second yellow card for the foul.

Lukasz Fabianski’s save to deny Lacazette means the north London outfit have now missed their last four penalties in the Premier League and Wright believes it’s become a concern for Arteta.

‘If I’m being totally honest, it is a bit of a worry now because, obviously, Aubameyang’s not there to take them,’ he added.

‘We saw Lacazette miss that one and he didn’t look very convincing so I don’t know what they’re going to do.

‘I think [Nicolas] Pepe has taken a few and he’s nowhere the pitch so it is a worry at the minute with Arsenal and penalties.

‘We need to find somebody who is going to come up and put their foot through it.


MORE : Mikel Arteta tells Gabriel Martinelli where he must improve after scoring in Arsenal win over West Ham