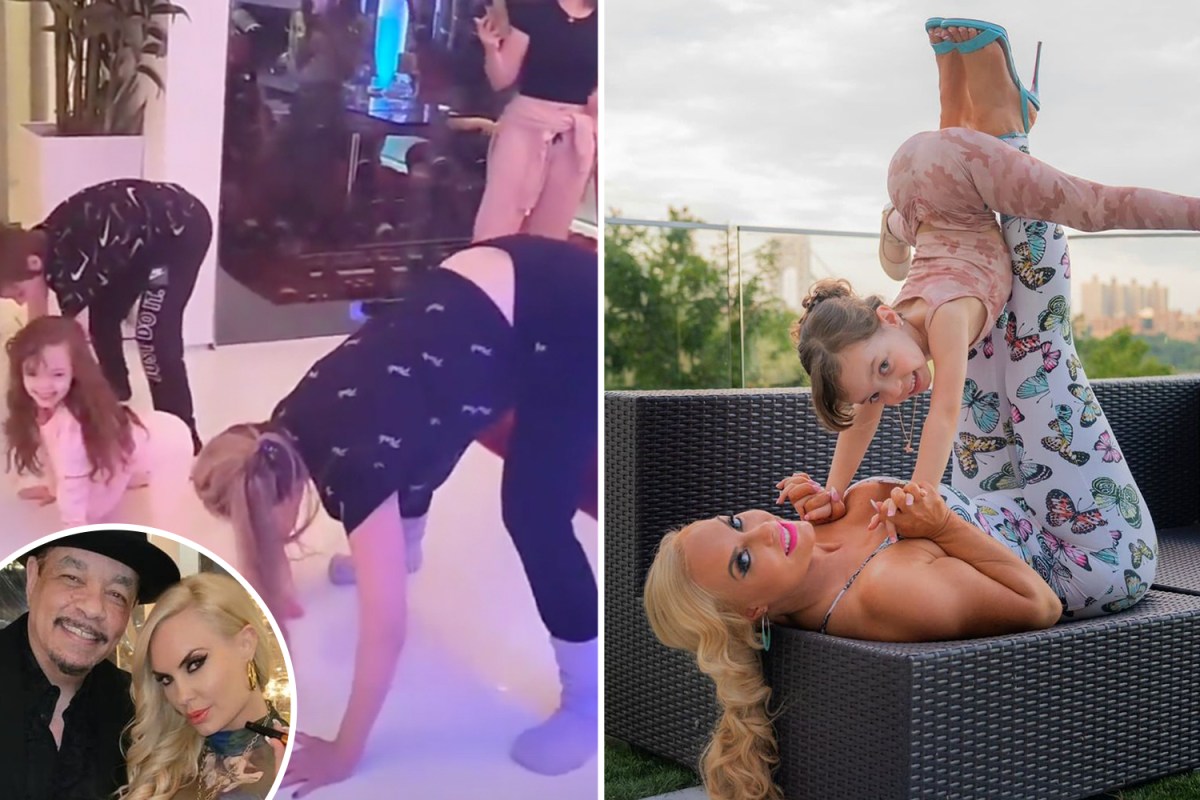 Coco Austin is coming under fire once again for the way she is raising her five-year-old daughter.

Ice-T’s wife shared a video on Instagram of young Chanel teaching her grandmother Tina how to twerk.

And in the video, the booty-shaking dance looked like one the youngster was all too familiar with.

As Chanel showed her grandma how to bend her knees and stick out her tush, Coco, 42, could be heard asking: “Wait, what are you guys doing exactly?”

To which the child happily responded: “Twerking!”

“You’re teaching mom how to twerk?” Coco confirmed, as Tina asked for further instructions and examples.

At that point, Chanel and a cousin dropped down to dance and twerk, causing mama Coco to call out: Oh my god. This is what you do when family is over. Oh my god.”

Instagram users seemed to echo her outrage, questioning why she would let someone so young do that provocative dance.

While another added: “I can’t say s**t. I’m from the south, we been twerking since birth. It would make me a hypocrite if I was to judge her.

But she shouldn’t have posted it online, knowing how people are.”

Twerking, it seems, runs in the family.

The Law & Order: SVU star dressed as a giant disco ball and danced to Uptown Funk.

His moves included twerking and twirling on stage, leading panelist Ken Jong to declare the Grammy winner’s got a “great disco butt.”

The rapper also shared that one of the main reasons he agreed to be on the competition series was because Chanel’s love of dancing.

Coco finds herself under criticism just days after raising more red flags while teaching her Yoga, and letting the little girl dress in pink leggings and high heeled shoes.

“I teach Chanel working out and staying healthy, she captioned the photo. “I also tell her if she has flexibility now she’ll have it forever. I can vouch for that.. Staying fit is a lifestyle. There’s no work at it, it’s just what you do everyday.”

But some fans thought Chanel was too young for some of those moves. Not to mention her adult outfit.

Another stated: “There are so many creeps out there, be careful posting pics of her.

While a third was a little more blunt: “This mother is not good example for her daughter.”

In August, Coco felt the brunt of fans when she revealed that Chanel is still breastfeeding – at five years old. Most mothers wean their child off the breast around the age of two.

The Ice Loves Coco star previously clapped back at critics who slammed her breastfeeding habit as she said the activity is “comforting” to both her and her daughter.

“I just don’t believe society says they should stop at two,” she told  E! News Daily Pop in August.

“You as a mother should stop because they said so. I’m [not] going to stop because I feel like it’s a great bonding experience between her and I.

“She’s my only child, it’s not like I have a big family of kids, and so I’m savoring every moment with this child.”

Chanel seemed to agree with her mother’s decision as Coco asked: “Do you want the boob?” and the child replied: “Yeah” with a big smile.

“I always thought I wasn’t going to go on and on with this breastfeeding thing,” she confessed.

“I thought I would stop more like around one. Then I loved it too much, and I’m like, ‘I feel like I’m wanted, like she wants me.’ I think a lot of mothers would understand.”