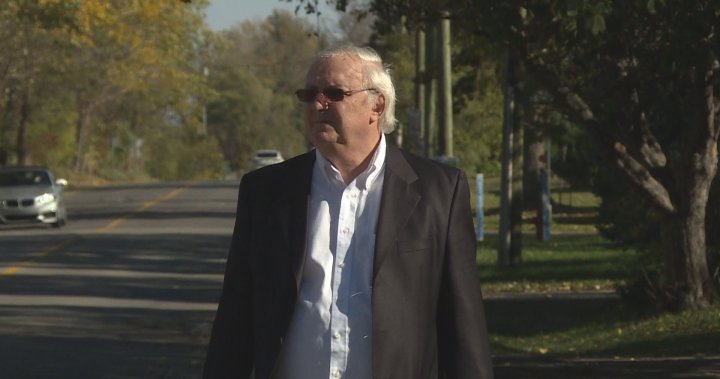 Beaconsfield resident Michel Reault and incumbent mayor Georges Bourelle do not get along.

Even though the men have had their disagreements, Rheault was taken aback by a recent exchange he had with Bourelle on Facebook.

In the Beaconsfield Community Facebook group, Bourelle had posted a list of his administration’s accomplishments over the past four years.

After a bit of back and forth, Bourelle posted a picture of Rheault, and wrote in French:

“By looking at the photo below, I would have a suggestion to improve your health. You can no doubt guess what it is.”

“You can say I disagree with you, which is what I say. But you cannot say, ‘Haha, you have a big belly,’” Rheault told Global News.

In part of the same conversation, Bourelle told Rheault, “You sound like a loser.”

Other citizens were outraged.

“This is totally uncalled for and so rude,” one person wrote.

“I can’t believe your post about Mr. Rheault… not impressed at all,” said another.

In an interview with Global News, Bourelle acknowledged that he went too far.

“I went too far by posting a photo of Mr. Rheault and making a suggestion about his health. I regret having done that,” Bourelle said.

On Facebook, he apologized to Rheault and to anyone who was offended.

“He kind of apologized,” said Rheault.

The two have been feuding about the Beaconsfield sound wall saga.

Rheault lives right next to Highway 20 and wants one built as soon as possible. Bourelle wants to hold a referendum on the idea first.

“I respect his opinion, but my question has been to him: ‘why did you not become a candidate if you have a platform and you are passionate about your platform?’” Bourelle said.

Rheault is thinking of making a formal complaint to the Quebec municipal commission.

“I think it is a clear case of unethical behaviour,” he told Global News.

Bourelle says the incident should not take away from his accomplishments as mayor, and invites residents to watch past Beaconsfield council meetings to make their own judgment on his character.