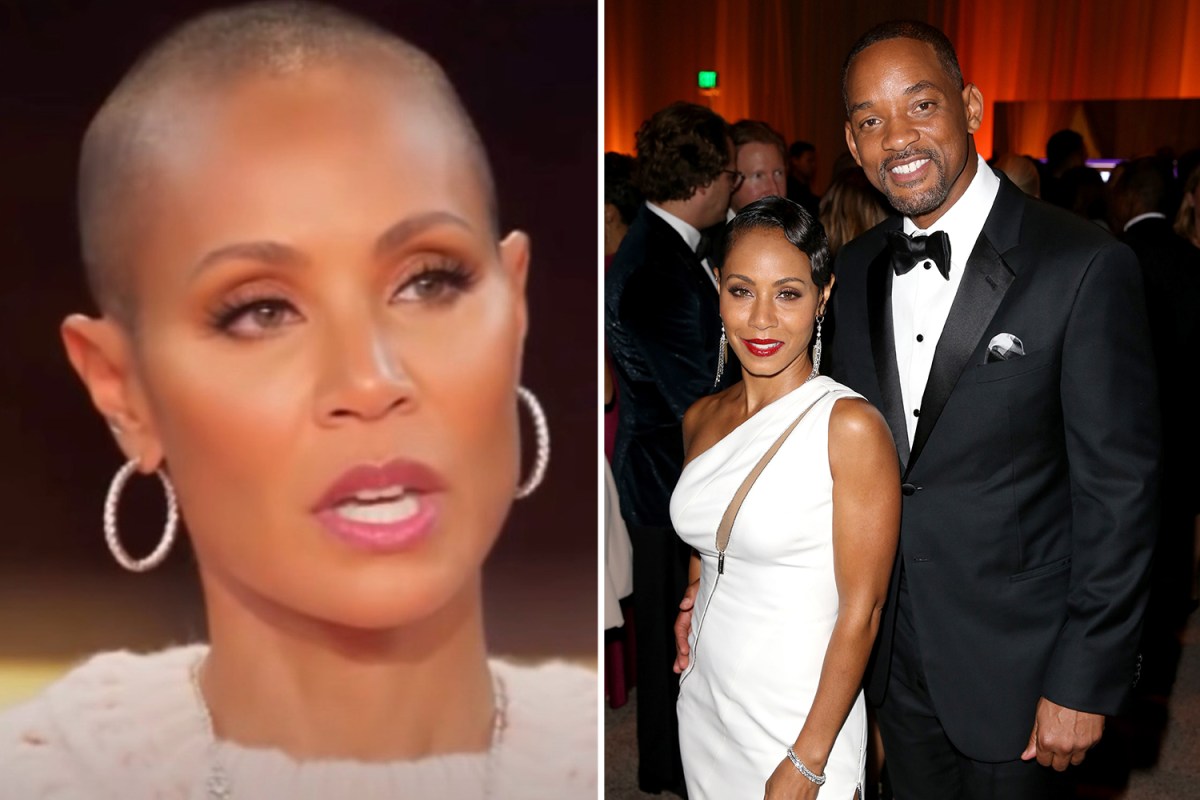 FANS slammed Jada Pinkett Smith for once again airing her marriage troubles and “dissing” her sex life with husband Will.

She had previously discussed her “entanglement” with rapper August Alsina last year.

Jada opened up on her Red Table Talk show to guest Gwyneth Paltrow about her sex life with Will this week.

During the discussion, Jada expressed exasperation over not getting what she “wants” in the bedroom and her husband being unable to always know what she likes.

The actress was blasted by fans on Twitter as they told her to stop putting Will down and to stop sharing every personal aspect of their lives.

One annoyed social media user wrote: “Why Jada dissing Will like that”

A second tweeted: “Everything I know about Jada & Will’s marriage I learned without my consent”

“It’s hard,” Jada admitted on the show. “The thing Will and I talk about a lot is the journey. We started in this at a very young age, you know, 22 years old.”

She continued: “That’s why the accountability part really hit for me because I think you expect your partner to know [what you need], especially when it comes to sex.

Gwyneth then added, “Isn’t it weird, though? It’s like someone doesn’t read your mind and we feel crushed.”

To which Jada responded: “You tell me what you need. Tell me what you want, and on top of it, I know that I have to be accountable to do the same…I really try.

“It’s uncomfortable, but it’s deeply healthy, and I think around sex, because it’s something that we don’t talk about and there’s so much fantasy around it.”

The couple share two children, Jaden and Willow, while Jada is stepmother to Trey, Will’s son from a previous marriage.

In the past they have alluded to having an “unconventional” union, with Jada once saying they are free to “do whatever they want” in their “grown relationship”.

During their more than two decades of marriage Will and Jada have both been linked to other celebrities – but denied claims of infidelity.

Fans suggested the pair just finally go “their separate ways,” citing all of their troubles and that they’ve been together long enough.

“They’ve been married for 25 years,” one tweeted. “Their kids are grown. They had a good run.”

Another tweeted: “Someone tell Jada to just file for divorce, please! The kids are grown. Enough is enough.”

A third wrote: “Jada is really out here dissing Will. He needs to divorce that woman.”

After seeing some of the backlash, Jada worked to clear the air, tweeting that she and Will are doing just fine with the sexual aspect of their relationship.

She wrote: “Only because I got time today…Watch the @RedTableTalk I did with @GwynethPaltrow for yourselves.

“Will and I have NEVER had an issue in the bedroom. Thank you”