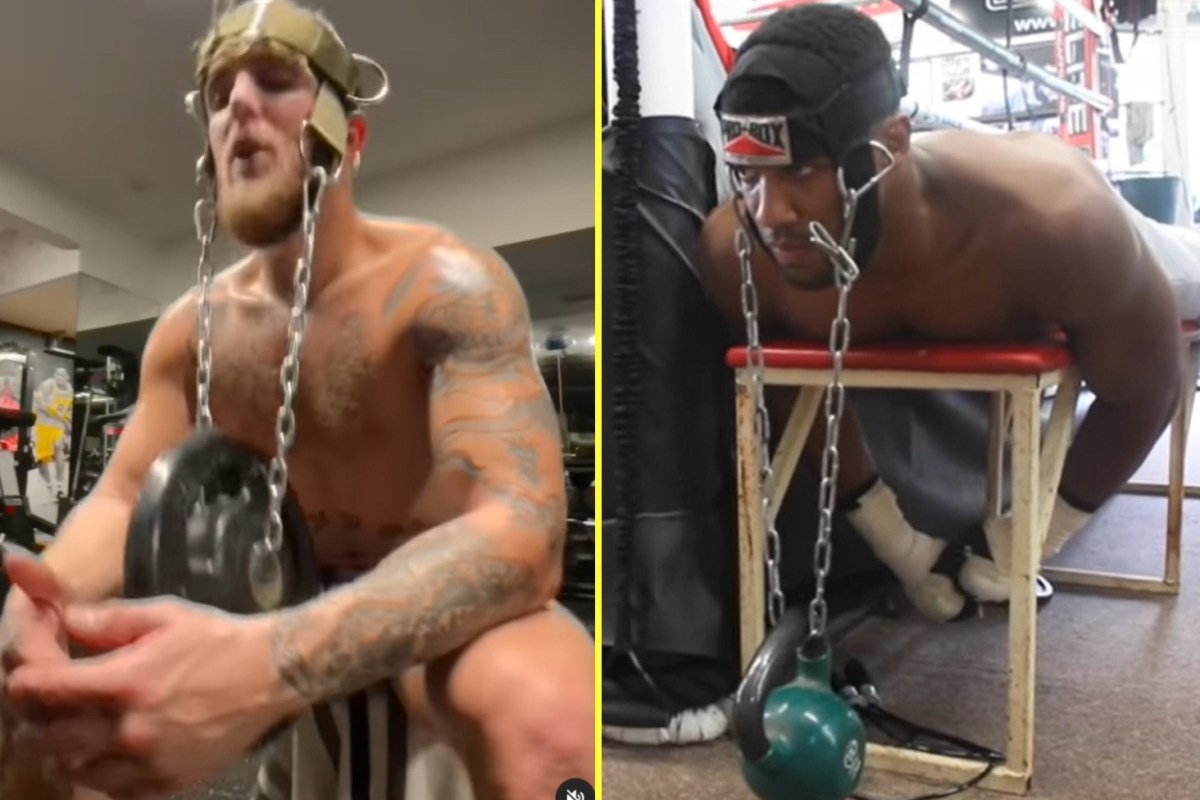 Jake Paul is planning to ‘embarrass’ the Fury family when he takes on Tommy on December 18 in Tampa.

The YouTube sensation is 4-0 since moving into the professional ranks almost two years ago and finally faces a tried and tested boxer.

Although Fury is a relative novice with just seven fights, he is the only fighter Paul has faced who has ever boxed professionally before.

Big brother Tyson effectively started the rivalry back in May when his half-brother defeated Jordan Grant, taking to Twitter to call out the American.

The feud has escalated ever since, culminating in this match up and posted a video of himself from Puerto Rico strengthening his neck with a message to the entire family.

Paul captioned the post: “1 month to go until December 18th and a complete embarrassment of the Fury family.

“Mark your calendars now to witness history in Tampa.”

Strengthening the neck is a tried and tested technique used by boxers for decades to help them absorb punches and the harness acts to build tension.

Fury himself is also hard at work, boasting about his workout methods whilst Paul and his girlfriend visited an arcade.

He posted: “Whilst Jake enjoys afternoons in the arcade playing dance mat with his side ting….

“I thought I’d take 5 minutes out from the best camp of my life to say NOTHING can save you now.

“DECEMBER 18th, you’ll see that you can’t come in my world and not get hurt.”