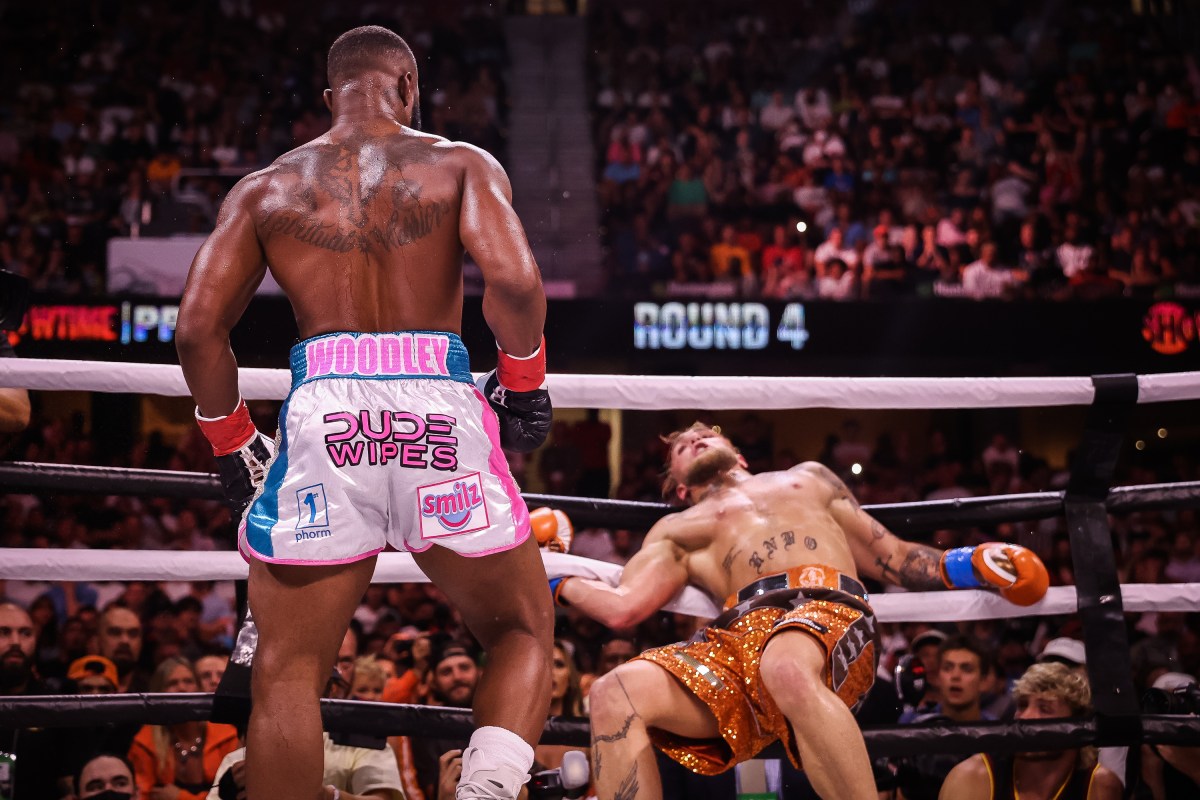 Jake Paul has dismissed claims that he has contractual clauses which prevented past opponents from knocking him out.

Jake has frequently called out Conor McGregor and was once in talks for a bout with McGregor’s training partner Dillion Danis, though a deal never materialised and bad blood still exists between the camps.

After the Woodley fight, Danis claimed on The MMA Hour: “Tyron Woodley, from what I heard, had it in the contract that he was not allowed to knock out Jake Paul.

“I’m telling you right now. It was in his contract where it said you’re not allowed to knock him out.”

When asked about the comments, Jake told reporters: “Look, it’s a bunch of losers trying to make s*** up to get in the headlines.

“And to get reporters like yourself to ask about that exact question and put their name into the mix so they can get a little bit of clout.

“Having a ‘no knockout clause’ in a contract – I’ve never heard of that.

“It’s all nonsense, it’s all bulls*** and they got exactly what they wanted out of it, which was for people to mention their name.”

Regarding McGregor, Jake added: “It’s very real, I think that fight happens in the next 36/48 months for sure.

“I don’t have a message for Conor. At this point, he needs me more than I need him.