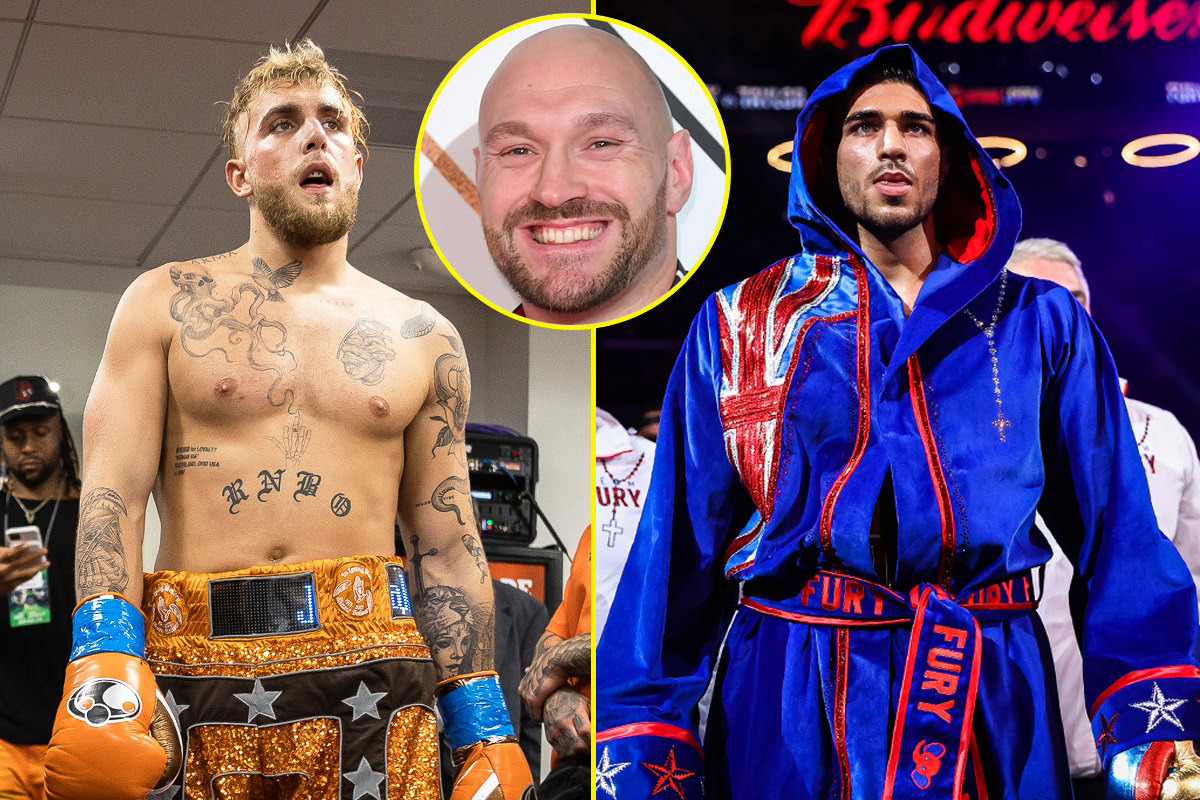 Jake Paul revealed Tyson Fury has been sending him audio direct messages in full of trash talk ahead of the fight with his brother, Tommy Fury.

The 7-0 (4 KOs) younger Fury will settle his long standing feud with the 4-0 (3 KOs) YouTuber-turned-boxer in December in Florida.

Trash talk between Paul and Fury has been ongoing for months, with older brother Tyson now involved, too.

The WBC champion will be in his brother’s corner on fight night, assisting alongside trainer SugarHill Steward.

As such, he has started sending audio DMs to Jake, letting him know what will happen in Tampa on December 18.

Jake revealed to TMZ: “We’re going back and forth in the DMs right now, me and Tyson, sending each other voice messages, which is pretty funny.

At this point Jake went on his phone, found the DM and pressed play.

Tyson could be heard shouting: “He’s coming for you Jakey boy, you’re getting annihilated Jakey.”

“Tyson, I love – I wanna make that clear for everybody.

“I love Tyson, I love that he’s involved, great entertainer.

“Unfortunately, I have to end his brother’s career.”

Training looks tough for Fury, who was seen having a medicine ball pounded onto his stomach by heavyweight champion Tyson, while sending him on sprints along the coast to improve his conditioning.