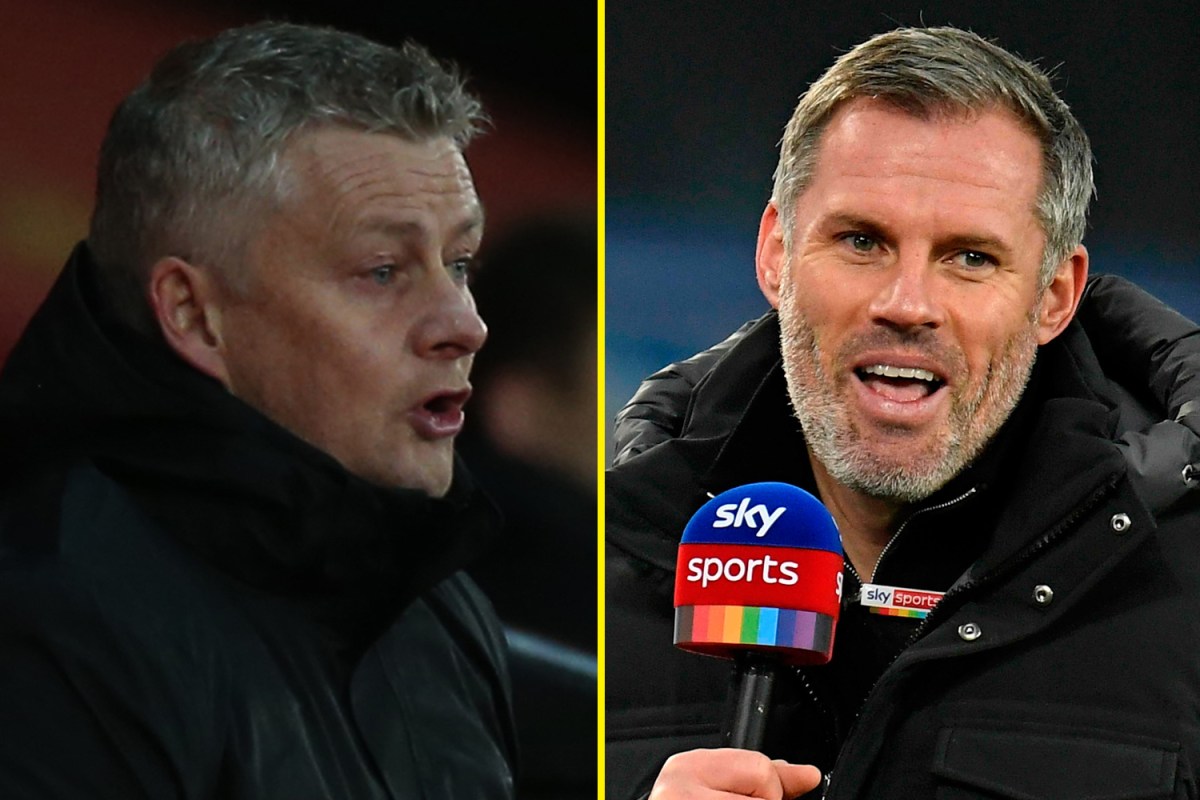 Jamie Carragher launched a scathing attack on Manchester United’s hierarchy over their handling of Ole Gunnar Solskjaer’s final months at the club.

The Norwegian was dismissed on Sunday after a run of just two victories in eight matches – which included a 5-0 defeat to arch-rivals Liverpool and a derby loss to Manchester City.

The final straw was Saturday’s embarrassing 4-1 humbling at the hands of Watford, with former midfielder and first-team coach Michael Carrick stepping into the breach for the Champions League tie at Villarreal on Tuesday.

Carragher, however, has criticised the Red Devils for their lack of planning with no succession plan in place.

Mauricio Pochettino is the top managerial target and talkSPORT understands he could be willing to leave PSG in the middle of the season to accept the role.

But Carragher has said that the club’s lack of direction, which has culminated in Solskjaer’s sacking, has demonstrated ‘incompetence’ beyond belief.

“There is only one word to sum up Manchester United’s handling of the final months of Ole Gunnar Solskjaer’s reign: shambolic,” Carragher wrote in his weekly column for The Telegraph.

“Anyone writing a manual about how to go about replacing a football manager should find the current events at Old Trafford useful.

“Simply observe how they are going about it and do the opposite.”

“There is a breath-taking incompetence in the fact a club of such stature announced it is prepared to appoint two interim managers in the hope circumstances eventually go their way and they will get their No.1 target – presumably Mauricio Pochettino.

“We are still less than a third of the way through a Premier League campaign and Manchester United are indicating they want to see it through with two caretakers? That is astonishing.

“How could they have failed to foresee this situation? Where is the evidence of a well-thought out and executed contingency plan?”

Pochettino spent almost seven years in the Premier League between 2013 and 2019, first at Southampton, before turning Spurs into a trophy challenger domestically and in Europe.

It’s understood he’d be open to returning to England – even in the middle of the season – as he’s currently unhappy with how PSG is being run.

Manchester United are back in action on Tuesday as they face Villarreal in the Champions League, live on talkSPORT 2, kick-off 5:45pm.