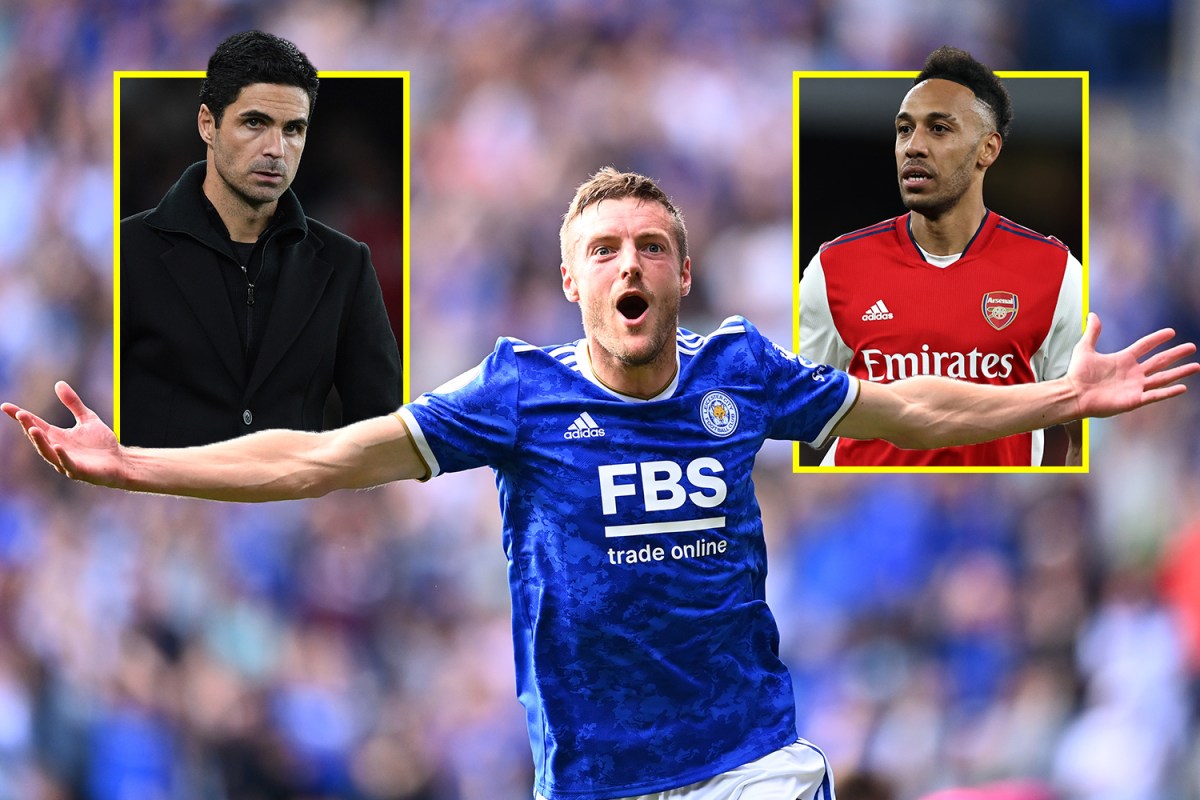 The Premier League has been blessed with attacking talent over the years and Mohamed Salah and Cristiano Ronaldo are currently lighting up the division.

However, few players capture the hearts of the average football fan more than Jamie Vardy.

The Leicester forward isn’t what you would class as a typical football star – after all, he didn’t progress through an elite academy and catch the attention of the world from an early age.

He downs energy drinks before matches and gets unrivalled joy from riling away supporters, but you can’t blame him for lapping up the fortune that football has brought him.

After being released by Sheffield Wednesday at the age of 16, Vardy had to rebuild from the very bottom with his career taking him via Stocksbridge Park Steels, Halifax Town and Fleetwood before landing with the Foxes.

Few would have expected him to find the net more than 150 times for Leicester when he arrived, however he’s done that with one club fearing him more than any other.

Leicester take on Arsenal on Saturday lunchtime – live on talkSPORT – knowing victory could see them jump into the Champions League spots.

For the 34-year-old, this will be another chance to improve his rather impressive record against the Gunners.

While positive results haven’t exactly been a common occurrence against the Gunners, Vardy’s personal tally of 11 league goals in 13 appearances mean that Arsenal are the club that the 34-year-old enjoys playing against more than anyone.

And that record is just better than that Harry Kane, who has taken 14 games to get his 11 goals.

The forward’s most successful goalscoring season for Leicester was in the 2015/16 campaign when the Foxes defied the odds to win the Premier League title.

A tally of 24 goals and eight assists in 36 appearances guided Claudio Ranieri’s side to glory, but also alerted the Gunners to his ability to play at the highest level.

Arsenal triggered Vardy’s £20million release clause and the striker went with his wife, Rebekah, to north London where he verbally agreed a move to the Emirates under Arsene Wenger.

However, a late change of heart saw the Sheffield-born star pull the plug on the deal.

He said: “Every time I thought about it, my heart and head were coming to the same answer, which was to stay.

“I had a lot of time while I was sat in a hotel doing nothing, so it was easy to think about it then and easy to put the pen to paper.”

Discussing the failed move, Wenger said: “I offered him a lot of money at the time.

“Leicester had just won the championship at the time in 2016, and they absolutely did not want to lose him and offered him a longer contract with approximately the same money if not more.”

Around 18 months after their move for Vardy failed, Arsenal completed a deal for Pierre-Emerick Aubameyang from Borussia Dortmund.

The Gabon international immediately hit the ground running after joining in January 2018 with 10 goals in 13 appearances before the end of that season.

Since then the records of Vardy and Aubameyang have been remarkably similar.

Since the 2017/18 season the Leicester man has netted 85 goals for the Foxes, while Aubameyang has banged in 92 for the Gunners.

That similarity stretches into this season as well with both Vardy and Aubameyang scoring on seven occasions so far this season as they prepare to go head-to-head at the King Power this weekend.

Vardy may be 34 years of age but the Leicester man is showing no signs of slowing down.

Liverpool’s Mo Salah is leading the way in terms of goals with 10 strikes and five assists to his name already in the Premier League this term.

While the likes of Sadio Mane, Michail Antonio and Bruno Fernandes all have a decent tally, it is the Foxes striker who is challenging Salah most closely with seven goals in nine league appearances.

Vardy has netted less than 15 goals in just one season since moving to Leicester, meaning that he’ll be hopeful of mounting a challenge for the Premier League golden boot again this time around.