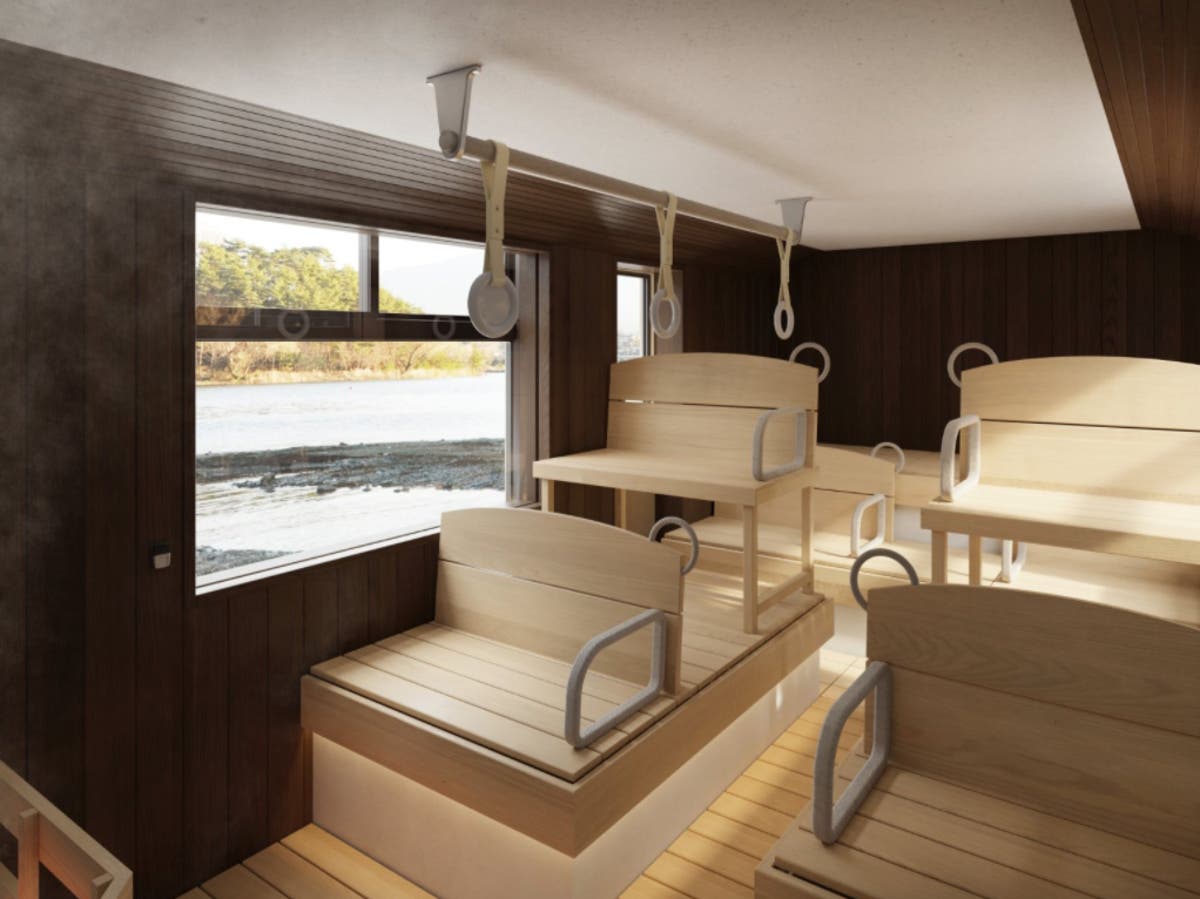 A bus company in Japan has converted one of its vehicles into a mobile sauna.

The bus, which previously serviced the city of Himeji in the Hyogo Prefecture as part of the Shinki city network, has been transformed following a significant dip in public transport use during the coronavirus pandemic.

A drop in people commuting alongside very few visits from tourists has seen a number of the city’s buses left idle.

But enterprising company Ribahsu, a subsidiary of the Shinki city network whose name in Japanese sounds like a cross between “rebirth” and “re-bus”, has given one of these neglected vehicles a new lease of life with an unexpected transformation.

Dubbed Sabus – an amalgamation of sauna and bus – this wellness facility on wheels has been decked out with wood panels and wooden benches.

Some original features have been kept to fun effect: for example, the old stop buttons can be pushed to release more steam.

The idea is to take the Sabus on tour this winter, with stops at festivals and events planned for February 2022.

Other designs for converted buses are also in the pipeline, including plans for mobile showers and toilets.

It follows the decision by one Japanese airline to inject some fun back into travel by launching mystery flights.

Japanese carrier Peach Aviation is stocking flights to unknown destinations in gachapon, the country’s capsule vending machines that hold a variety of unusual objects, such as toy figurines, hand sanitiser and certified pearls.

All mystery flights are for domestic destinations in Japan, departing from Tokyo’s Narita Airport, and capsules cost just 5,000 yen (£32).

Travellers won’t know where they’re going until after they’ve purchased their capsule, in which they will receive a code that gives them 6,000 yen’s-worth of mileage points that can only be used to travel to a certain destination.