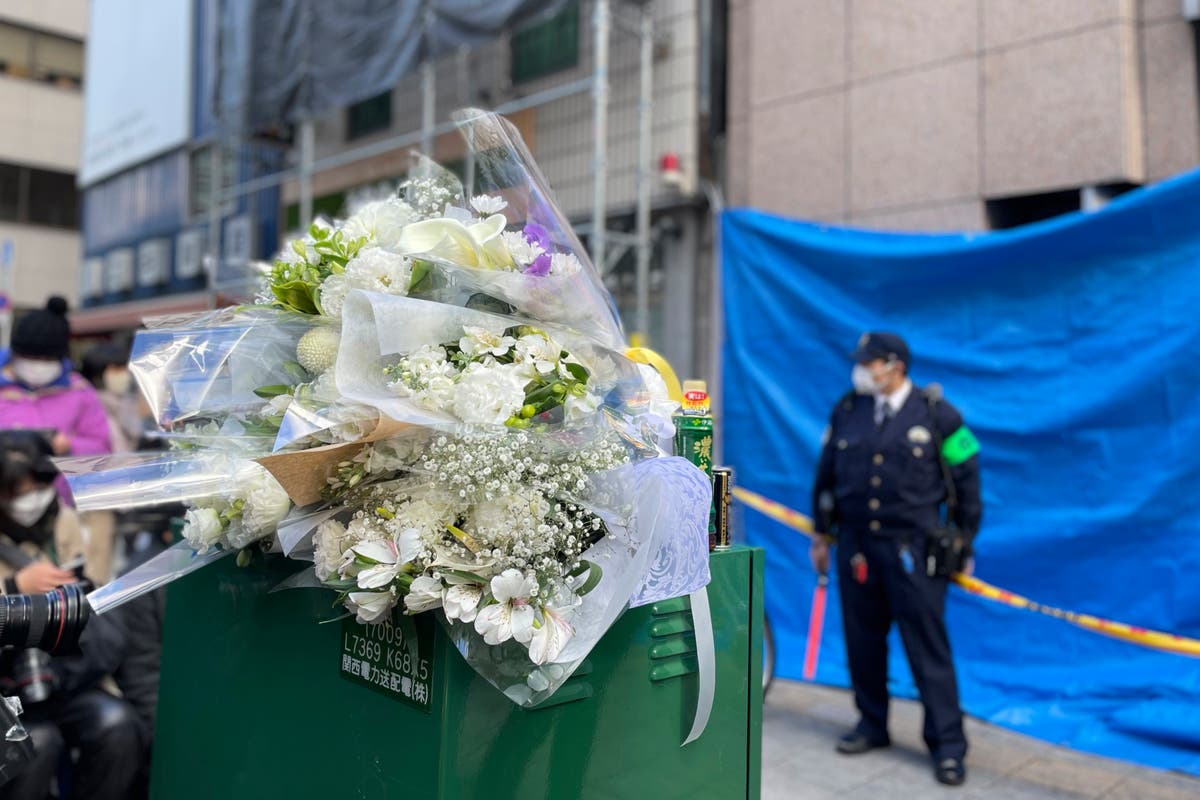 Japanese police on Saturday searched the house of one of the patients at a mental clinic where a fire gutted an entire floor in an eight-story building, killing 24 people trapped inside.

An Osaka police investigator told The Associated Press that the man is a possible suspect. A small fire broke out about half an hour before the building fire at the man’s house, the investigator said.

He is believed to be among the three people who survived and were in severe condition. Police have not arrested anyone, and it may take a while until the man recovers enough to be interrogated.

According to witnesses interviewed by Japanese media, a man walked into the clinic in downtown Osaka, carrying a paper bag, which he put on the floor, right next to a heater by the reception desk, and kicked it. A liquid poured out, caught fire and the whole floor was in flames and smoke.

Witness accounts suggested that the victims gasped for air and struggled to find their way out of the clinic inside the eight-story building. There was only one way to escape because the elevator and emergency stairs were both outside the clinic, authorities say.

Police and fire officials on Saturday returned to the site in the middle of Osaka’s main business section of Kitashinchi.

Some experts were surprised by the death toll in a daytime fire that was largely put out within an hour. Authorities are investigating how the smoke filled the floor so quickly and the victims became trapped. There was no prior violation of fire prevention codes at the building, officials said.

There was no emergency exit in the clinic. The office had several compartments for consultations and workshops along just one aisle, with the main counseling room on the far end of the floor.

One of the visitors who witnessed the beginning of the fire at the reception desk was able to run out. It was yet known exactly how many people were inside the clinic, the investigator said on condition of anonymity as he was not authorized to speak to the media.

Osaka residents were in shock. Some brought flowers, bottled water and canned drinks as offerings to the spirits of the departed outside the building.

A neighborhood retiree, Seki Kageyama, 77, returned to the site after finding out about the large number of dead from what he thought was a minor fire. A sign advertising the burned-out clinic on the fourth floor still stood: “Nishi Umeda clinic for the mind and body of workers.”

“I thought a small fire broke out,” he said. “I was really stunned when I heard that someone set a fire and killed people there.”

More than 70 fire engines and ambulances took part in extinguishing the blaze Friday morning. Firefighters initially found 27 people in a state of cardiac arrest, including three who were resuscitated at hospitals, according to the Osaka city fire department.

One woman was brought down by an aerial ladder from a window on the sixth floor.

Some of the clinic’s clients who spoke to Japanese media said the clinic was popular and was always crowded with up to 20 people waiting, especially on Fridays when special counselling and programs were available for those preparing to return to work after sick leave.

The clinic’s psychiatrist, Kotaro Nishizawa, could not be reached since the fire.

In 2019 at the Kyoto Animation studio, an attacker stormed into the building and set it on fire, killing 36 people and injuring more than 30 others. The incident shocked Japan and drew an outpouring of grief from anime fans worldwide. In 2001, an intentionally set blaze in Tokyo’s Kabukicho entertainment district killed 44 people — the country’s worst known case of arson in modern times.