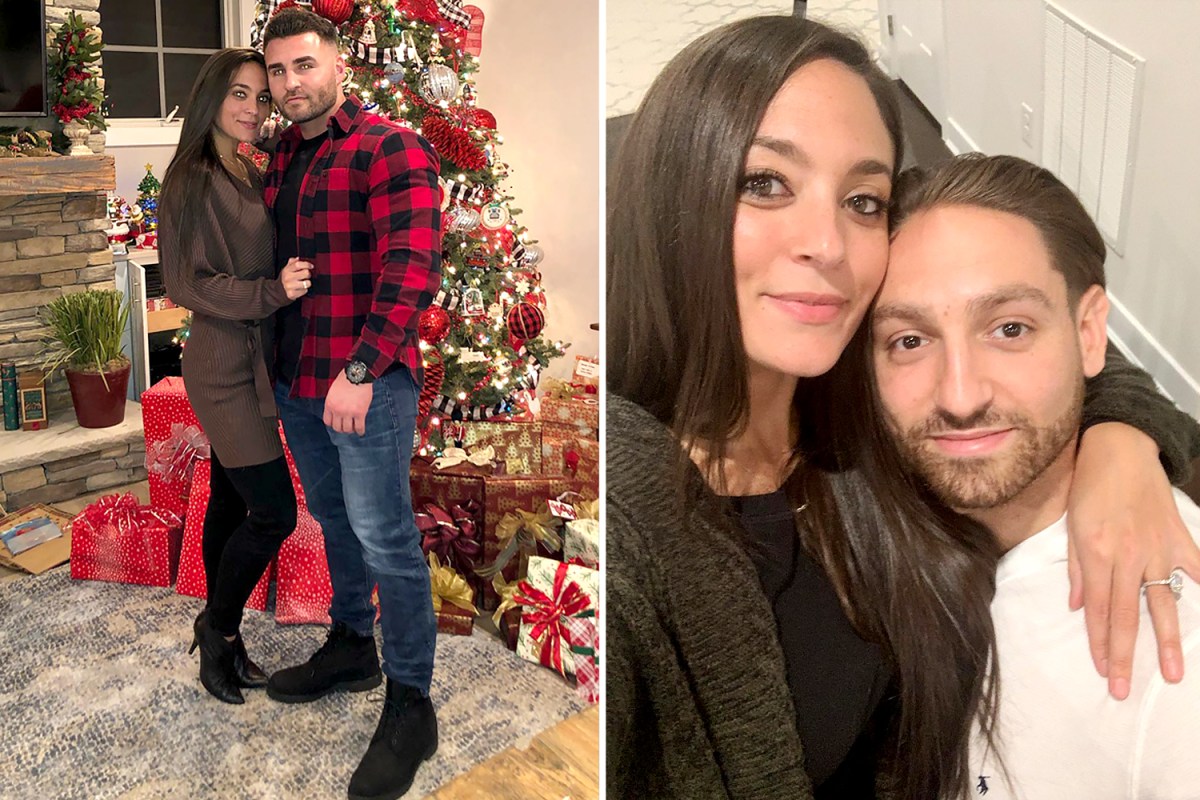 JERSEY Shore alum Sammi ‘Sweetheart’ Giancola debuted her new boyfriend Justin May over the holidays after announcing her recent split from her fiance Christian Biscardi.

Sammi, 34, posed with her hunky new man in an Instagram photo.

The Jersey Shore star seemed inseparable from her boyfriend as she had her hand wrapped around Justin’s plaid shirt.

The two were standing in front of a tall and brightly lit Christmas tree.

The floor was littered with wrapped gifts from left to right.

Back in November, the MTV star showed off her new squeeze as they celebrated Thanksgiving together.

Justin wore a short-sleeved T-shirt and showed off the tattoo he had on his arm.

Sammi appeared to be in good spirits as she teased her new relationship status.

Sammi’s new relationship came after she had decided to part ways with her fiancé, Christian.

The former couple had gotten engaged back in March 2019.

There were signs of their engagement heading into trouble when it was reported that the duo had unfollowed each other on Instagram.

She also appeared to have ditched her engagement ring while sharing a self-tanning tutorial.

The ring was also missing during the grand opening of her brand new store, Sweetheart Coast.

Towards the end of September, a fan was able to get confirmation from Sammi herself.

The former TV personality responded “yes,” when she was asked if she is single.

During her run on the MTV show, fans got to see her volatile relationship with her former partner Ronnie Ortiz-Magro, 36.

Ronnie has since moved on and proposed to his girlfriend Saffire Matos, 30, back in June.

Saffire and Ronnie held an engagement party back in October.

“HOT WITH A CORSET”

Recently, Sammi poked fun at the way she looked before in her throwback TikTok video.

The TV personality lip-synched herself to Tyra Banks’ audio as she said: “It is so bad. I want to give you a zero but that’s not possible. So, I’m giving you a one.”

Sammi then revealed a photo of herself from 2006 as she wore a corset and white shorts.

In the retro snap, she had her hands placed on her hips while standing next to the TV set.

Sammi joked about how she once believed she “was hot with a corset” and had the “straps showing.”