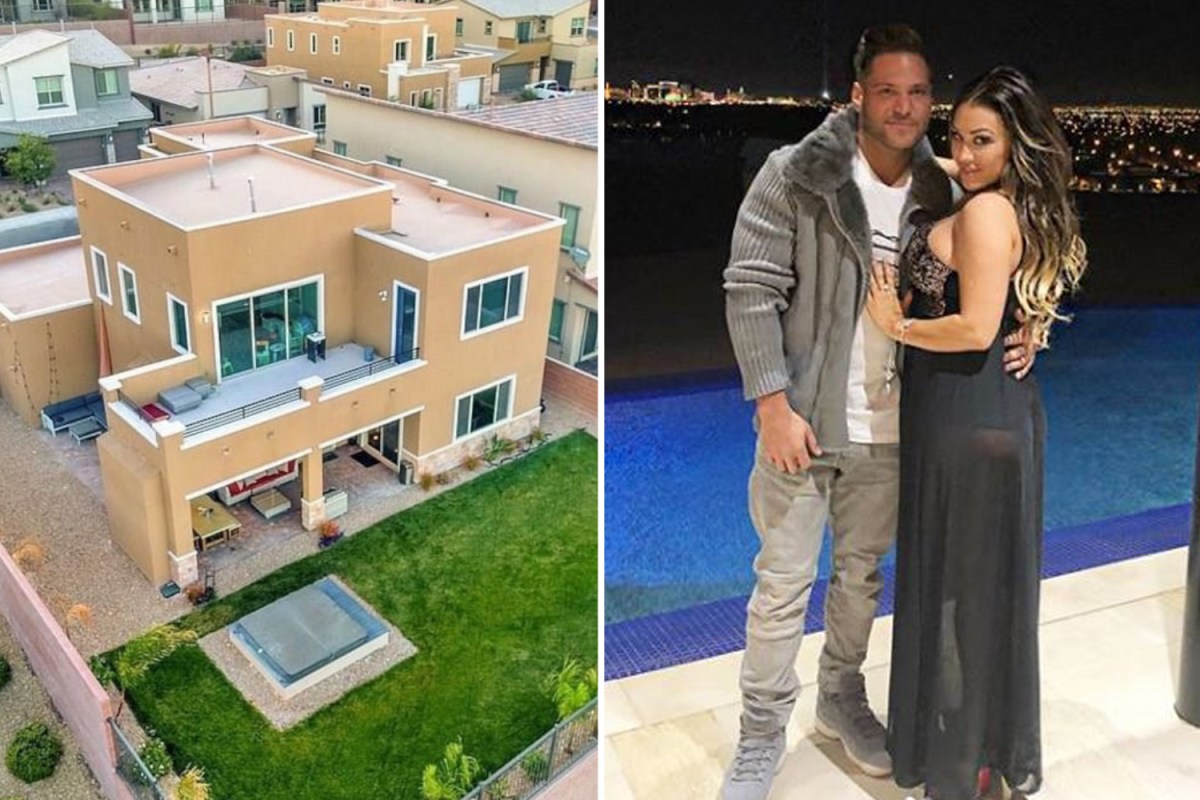 The former couple, who share 3-year-old daughter Ariana, split in 2019, and now the father-of-one is trying to force the sale of the house they used to share together.

Ronnie claimed in his lawsuit that while he and Jenn got a bank loan together to purchase the house, she has stopped paying it back, according to TMZ.

He alleged that he’s moved out and she’s the only one living at the Las Vegas property but hasn’t made a payment since July.

Ronnie and Jenn bought the place a few years ago for three-quarters of a million dollars.

At almost 3,000 square feet, it features four bedrooms and three and half baths, with a three-car garage.

There are two fireplaces, with one of them located in the living room, which opens up to a brick patio and small garden area.

As the 35-year-old reality star also isn’t positive whether or not she’s been paying all of the other bills associated with the house, including utilies and Homeowners Association fees, he wants the place sold.

Ronnie claimed there are even liens on the home after Jenn hired contractors to make some improvements on the place and then didn’t pay them.

Jenn allegedly refused to sell the place after he asked her to, and now he’s trying to get a judge to force her to sell so he can get his portion of the profits.

According to her lawyer, Michael Cristalli, she allegedly doesn’t owe Ronnie anything for the property because they agreed the place is hers.

She also allegedly already paid the Jersey Shore star for his share of the place.

The lawyer claimed to the outlet that Jenn does pay the mortgage bills and has also put a lot of money into improving the quality of the house.

She allegedly tried to take Ronnie’s name off the property but he refused.

“[He] wants a windfall that he is not entitled to,” Michael said.

Ronnie has moved on since his split from Jenn and recently proposed to his girlfriend Saffire Matos.

Ronnie proposed in June, just weeks after he was arrested on domestic violence charges.

After the arrest, Saffire released a statement, writing: “Ronnie and I are fine. There is a lot of misleading information floating around out there.

“With anybody who reached out with concern I appreciate it with all my heart, but everything that’s being portrayed out there are not facts.”

The pair then spent the last few months soaking up their post-proposal happiness before throwing massive party to toast their engagement.

Saffire shared photos and videos from the celebration last month, to which she wore a sexy satin red dress with spaghetti strap and styled her brown locks in soft waves.

Their house was outfitted with Instagram-worthy decorations and decadent food and desserts.

One wall was covered in roses while another with donuts.

The wooden dinner table featured a white and gold color palette, with a place at each setting, along with a gold-ringed napkin, roses, and “thank you for being apart of our special day” cards.

Earlier this year, Jenn was also arrested, for domestic battery and assault with a deadly weapon, after allegedly getting into an altercation with her boyfriend Joseph.