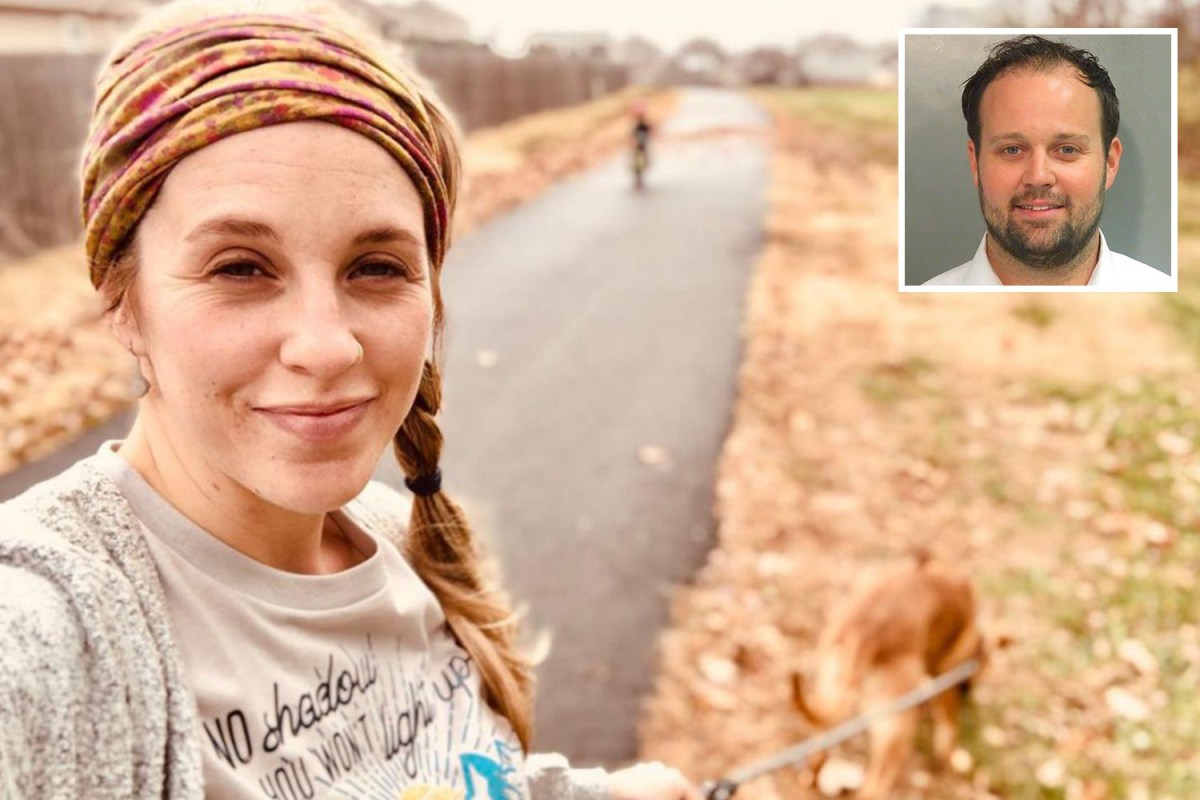 JILL Duggar was called out for her “exemplary strength” and “bravery” as she returned to social media after brother Josh was found guilty on child pornography charges.

The Counting On star, 30, uploaded a fresh-faced image to Instagram showing her on a rainy dog walk.

The mom of two told how she was thankful for “supportive messages and continued prayers” after this week’s verdict, which sees her ex-TLC star sibling face up to 20 years behind bars on each guilty count. He is expected to be sentenced in four months.

Josh, 33, had been arrested and charged earlier this year with receiving and possession of child pornography.

The jury reached its verdict and found him guilty on Thursday morning after beginning deliberations on Wednesday afternoon.

Shortly after the verdict Jill and her husband Derick Dillard, 32, took to their family website to share a statement on the matter.

She now appears to be trying to return to some sort of normality with her family stroll.

The image sees Jill walking her dog wearing a gray cardigan and top with an image of a mountain and inspirational quote.

She had pulled her newly-blonde locks back with a patterned headscarf and gave a wry smile to the camera.

Jill kept things light-hearted as she told fans: “Got out for a nice walk today with Sam and Fenna (it’s getting up to 70 degrees today!), then it started raining on us on the way back, so we had to rush home because I wasn’t prepared for the rain. haha.

“So thankful for coffee from friends, walks in nature, food from family and friends and the many supportive messages and continued prayers.”

Her followers were quick to respond, with one writing: “Your strength is exemplary.”

Another posted: “Such a great example of a godly woman.”

A third then put: “So proud of you and your family! Thank you for being a great representative of the name Jill (my name too😂)” as another added: “Jill, you are the bravest person ❤️ I am praying for you and your sisters. Also, prayers to your nieces and nephews.”

One then poured out their heart as they commented: “I have no doubt that you have a million different feelings and emotions going through your mind at this time.

“Please know that you are incredibly brave and strong and have an amazing husband! I’m praying you find peace!”

One then shared their love for the star as they posted: “You are so so loved, Jill! It’s an honor to follow you and get to know your heart through a distance!”

After the verdict Jill and husband Derek posted a statement which read: “Nobody is above the law.  It applies equally to everybody, no matter your wealth, status, associations, gender, race, or any other factor.

“Today, the people of the Western District of Arkansas made that clear in their verdict.

Josh’s lawyers said Thursday they plan to appeal the case.

Many members of the Duggar family sat in on the trial, offering support to their fallen family member.

Siblings Jana, Jason, Joy-Anna, her husband Austin Forsyth, Justin, Jessa along with father Jim Bob, were all present at some point.

Josh’s wife Anna was also repeatedly seen arriving at court with her husband during the trial.

Jill was called to testify in the trial as a witness alongside brother Jedidiah.

Back in 2015, Jim Bob told police that Josh had confessed to touching underage girls, including Jill and his sister Jessa, in the family home between 2002 and 2003.

According to a 2006 police report, which Arkansas police later destroyed, the Duggar patriarch first told cops in 2002 that he had molested young victims while they were asleep in the Duggar family home.

“This was something for a young man to come forward,” he said, calling it a “juvenile record” and a “sealed case.”

“If there is [an] objection to be made, someone will make it but it won’t be you,” the judge replied.

Josh admitted the molestation in a statement at the time on his Facebook page, though he never faced charges.