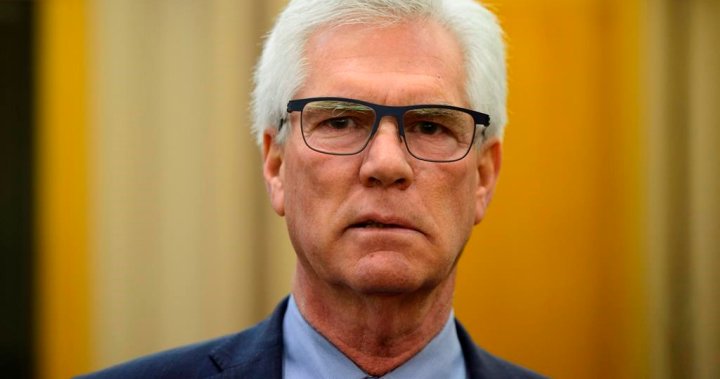 But if he’s hurt by the way the prime minister chose to thank him — by dumping him from cabinet — he’s not showing it.

“The prime minister is the only person with a 360 (degree) view of the country and the talent available to serve it and it’s his decision. I respect that tradition,” Carr said in an interview.

“People will assess the decisions he has made and, speaking only for myself, I feel at ease. Maybe the word is chill.”

Carr, a former member of the legislative assembly in Manitoba and president of the province’s business council, was considered a star catch when he ran for the Liberals in 2015 in Winnipeg South Centre.

During Trudeau’s first term in office, he served as minister of natural resources and then international trade.

But one day after the 2019 election, Carr was diagnosed with multiple myeloma, a type of blood cancer. He was left out of Trudeau’s postelection cabinet that fall as he began receiving treatment, but was given a role as special representative for the Prairies, where the Liberals had held onto just four Manitoba seats and were shut out entirely in Alberta and Saskatchewan.

Read more:
Jim Carr out of cabinet, no more special envoy to Prairies for Liberal government

Carr returned to cabinet in January 2021 as minister without portfolio, while retaining his special Prairie mission.

He was re-elected on Sept. 20, along with three other Liberals in Manitoba and two in Alberta — a modest gain for the party, although it continued to be shut out in Saskatchewan.

“I’m glad that we actually found some electoral success, of which I was a small part,” Carr said of the two new Alberta seats.

But on Tuesday, Carr’s name — along with the special Prairie envoy position — was noticeably missing from Trudeau’s latest cabinet lineup.

Manitoba now has just one minister, Dan Vandal in Northern Affairs, and Alberta has one, Randy Boissonnault in the tourism portfolio.

The loss of Manitoba cabinet clout has been criticized by former Liberal cabinet minister Lloyd Axworthy, who told the Winnipeg Free Press he fears the party is in danger of losing its only bastion in the Prairies.

While he and Axworthy are longtime friends and colleagues, Carr said they haven’t discussed Trudeau’s latest cabinet choices.

“Lloyd is an independent thinker and whatever he has to say is because he truly believes it,” he said.

Manitoba Premier Kelvin Goertzen has also weighed in, calling his province’s reduced cabinet clout “disappointing” and arguing that “Western Canada needs to be better represented at the cabinet table.”

The four western provinces have six ministers, the same as the four Atlantic provinces. New Brunswick and Newfoundland and Labrador each have two ministers, although they are considerably smaller than any of the Prairie provinces.

But Carr said that’s “an arithmetic way of looking” at it.

4:55
Minister Jim Carr discusses his new role as the Prime Minister’s special representative for the prairies

“The complexities of building a cabinet require the prime minister to factor in many things and then ultimately to make decisions. And people will agree or disagree but I think what remains the reality of our system of government is that it’s his prerogative,” he said.

He argued that the Prairies are well represented through Vandal, who he noted is also responsible for a new Prairie economic development agency, hived off the former agency that dealt with all four western provinces.

Boissonnault, he added, is a “great choice,” bilingual, a “great communicator” and “an Albertan through and through.”

Still, Carr did not deny he wanted to be reappointed to cabinet.

“I think every member of Parliament hopes to be in cabinet and I had the honour and the privilege of being in the cabinet for many years.”

As to why he was left out, Carr, who just turned 70, said: “I think that renewal was at the heart of the building block for this cabinet and other than that I don’t have anything directly from the prime minister or from others to know exactly what the complexities were in his decision-making. But this is what he’s decided to do and I accept it.”

The most important thing in Carr’s life at the moment is his health, which he said is “fine.”

“I’m energetic. My cancer treatment is producing very positive results and there’s every reason to think that I’ll be able to be fully engaged in all of life’s pleasures for quite some time.”

For Carr, those pleasures include continuing to represent Winnipeg South Centre, where he has lived for virtually all his life.

“My thinking now is to the next chapter of my life and how I can use the values, the friendships, the relationships, the successes, the failures in public life to make me a better parliamentarian,” he said.

“I’m looking forward to taking my seat in the House of Commons and finding issues that matter most to me.”