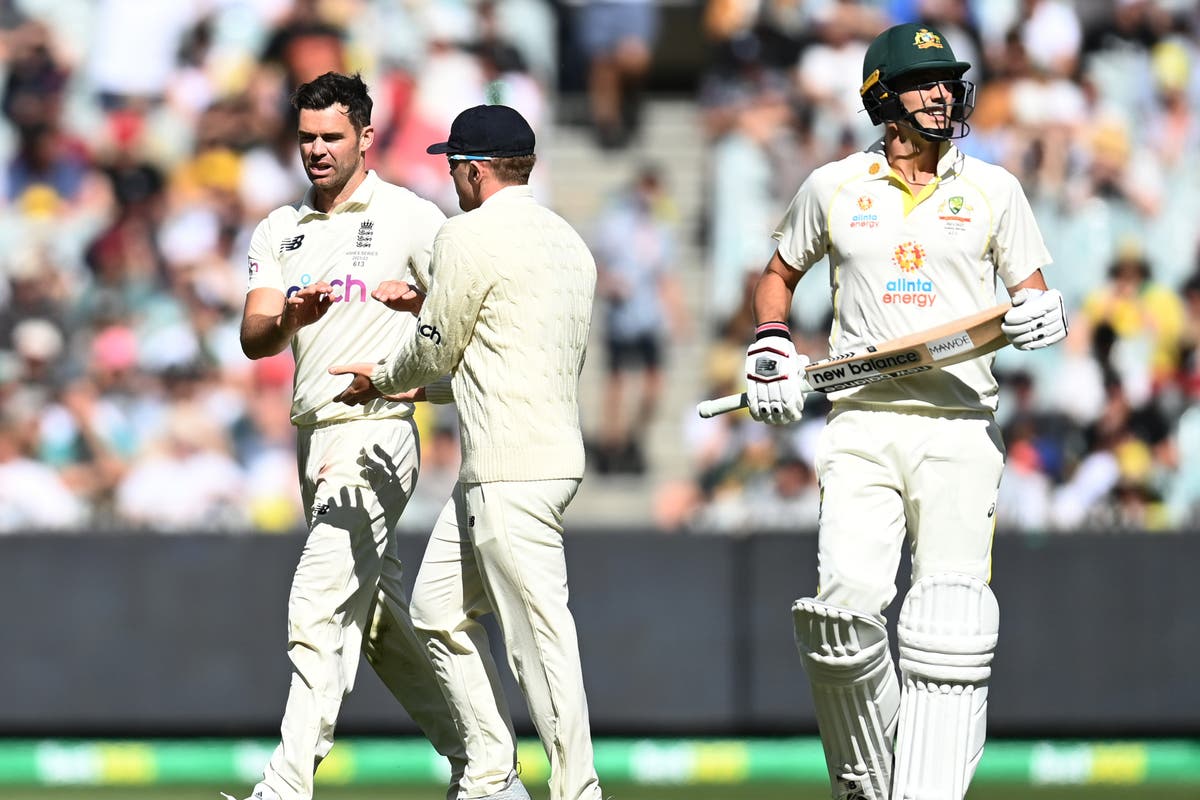 Ahead of a delayed start to the second day at the MCG, it emerged that four members of the England party – two coaches, two family members – had tested positive.

A quick round of rapid tests were cleared as evidence that England could fulfil the day’s play, but another round of PCR tests were required at the end of the day, with England 31 for four, still 51 behind Australia. Results are not expected until the morning.

Veteran Anderson, who bowled beautifully to take figures of four for 33, said the players had not been told what would happen if one of them tested positive, but expected that if England could field a team they would take the field.

“We’ve not been told anything,” he said. “That’ll get talked about by much more important people than me if and when those results come back.

“I’m sure that’s the plan [to continue as scheduled]. Again, it depends on PCR tests and what situation that leaves us in. As long as the group that’s in at the ground today are negative I don’t see why we can’t carry on.”

Anderson reported that no players were feeling symptoms, that extra precautions were being taken, and that England were actually ready to leave for the ground when news of the first positive filtered through.

“Yes, as far as I’m aware the whole playing group feels fine and the management that are in at the ground today everyone is fine,” he said. “We’ve stepped up the safety protocols around the dressing-room, wearing masks and keeping distance where possible to make sure if there is any infection around the group it’s not spread.

“We actually got on the bus to come to the ground at the usual time but were then told to get off the bus because we found out about a couple of positive lateral flows. All the lads then went in and had lateral flows to make sure we were all okay and then waited for the all-clear to come here to the ground which was about half nine quarter to 10.”

Anderson said England had suffered a “disappointing” end to the day, but was pleased with how they had bowled. He moved to play down any suggestion of a rift between England’s bowling and batting groups after another manful performance with the ball was sandwiched between two more difficult showings with the bat.

“It’s dangerous, as a bowler, to talk about our batting,” he said. “We’re a team here. We’re all working hard to try and put in much better performances. We haven’t bowled great in the first two games. Today we put in a much better performance. All I can see from the batting group is how hard they are working to put things right. It can be difficult. I don’t want to get into a bowlers v batters thing. We’re a team here.”