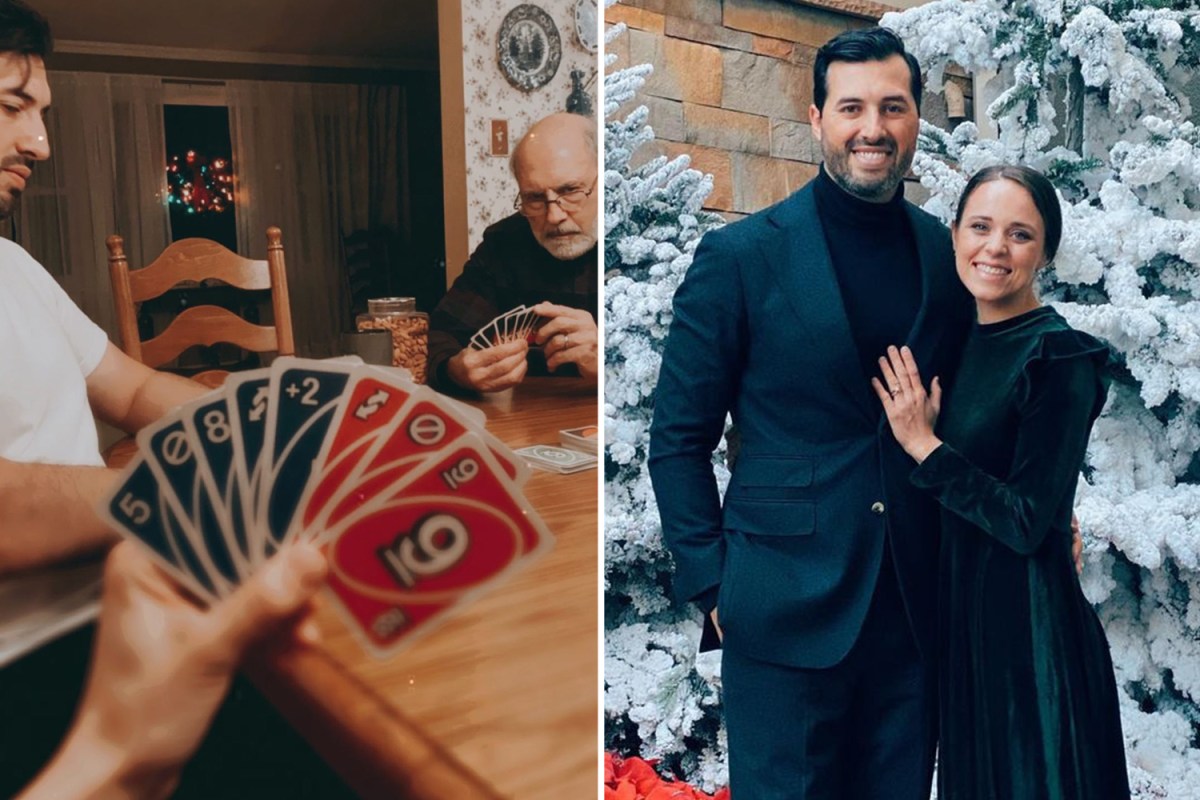 JINGER Duggar spent a quiet holiday with her husband and his family, far away from the chaos that has engulfed her own life during her brother’s dramatic trial on child pornography charges.

The Counting On alum and her husband, Jeremy Vuolo, headed to his family’s home in Downington, Pennsylvania, where they enjoyed traditional meals and games like Uno.

Meanwhile, Jinger’s side of the family has spent the holiday season distancing themselves from each other following the oldest Duggar sibling, Josh, 33, being sentenced for child pornography charges.

Josh was found guilty earlier this month after a nearly two-week-long trial and faces 20 years in prison for each count.

Jinger and her husband gave a joint statement following the verdict saying: “We are thankful to God for exposing Josh’s actions and to a legal system committed to protecting the innocent and punishing the guilty in this case.

“We are grateful for justice. We are praying for further justice, vindication, protection, and healing for all those who have been wronged.”

Jinger, along with her sisters Jessa, Jill, and Joy-Anna Duggar, recently hired a powerhouse Los Angeles attorney to represent them in a years-long lawsuit against several media outlets.

The former 19 Kids And Counting stars first filed their case against In Touch Weekly and local police agencies in 2017- two years after the media outlet reported that Josh was accused of molesting five minor girls in a leaked 2006 police report.

In their initial lawsuit, the sisters sued In Touch’s parent company, as well as various government agencies and law firms who assisted in the publication of the allegedly confidential police files.

Jessa and Jill publicly came forward to reveal they were among the alleged victims, and claimed the bombshell report caused them emotional distress.

Now, according to new court documents exclusively obtained by The Sun, the famous sisters have hired lawyer Hilary Potashner to join their legal team.

The ongoing family tension may be part of the reason why Jinger was relatively ignored on her birthday, which was on December 22.

Despite having a massive family, no one within it sent Jinger any love for her birthday.

The newly-minted 28-year-old has been looking for good things to celebrate after the scandal of her brother’s child pornography conviction.

Instead, Jinger only had a couple sweet messages from friends to reshare on Instagram.

Singer Constanza Herrero posted a fun throwback shot of the two of them together at her bridal shower.

They both had on sparkly attire and wore decorative earrings for the occasion – champagne for Jinger and “Bride” for Constanza.

Alongside the photo of the friends cozying up and smiling for the camera, the singer wrote: “Happy birthday, beautiful friend!!! So thankful for your life,” with a slew of heart emojis.

The family’s patriarch and matriarch, Jim Bob and Michelle Duggar, however, have kept quiet on the Duggar’s official Instagram account about their holiday plans amid their son Josh’s pornography scandal.

Josh was sentenced to prison on December 9 following a nearly two-week-long trial.

Many of his siblings were in attendance at the trial to offer their support.

Josh was arrested and charged with possessing and receiving child pornography in April 2021.

Upon his guilty verdict, he was immediately taken into custody at Washington County Jail, where he was placed in solitary confinement away from other prisoners for his safety until his sentencing next year.

Just days after her brother’s fate was decided, news broke that Jana had a court battle of her own after she was charged back in September of 2021 with endangering the welfare of a child.

The TV personality posted bail at $430 at the time.