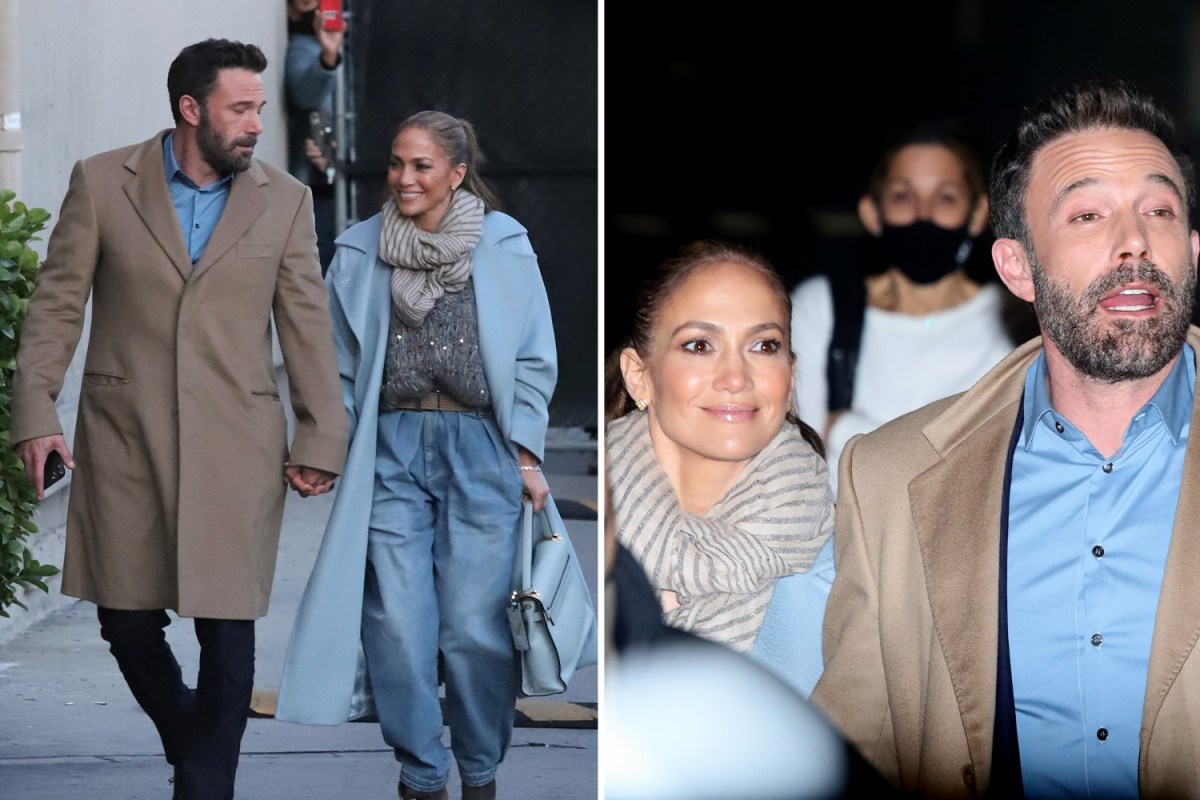 JENNIFER Lopez and Ben Affleck looked carefree while holding hands after the actor slammed his marriage to ex-wife Jennifer Garner in a “painful” diss.

JLo, 52, and Ben, 49, were recently spotted walking hand and hand into the Jimmy Kimmel Live studio in Los Angeles.

The pair looked unbothered as Ben prepared for his appearance on the late night show.

The couple smiled as they both bundled up in long coats.

JLo wore a comfortable sweater tucked into blue jeans and had a gray scarf wrapped around her neck, while the actor wore dress pants and a button-up blue shirt.

Both the singer and actor seemed to not be bothered by the backlash he received after slamming his married to Jennifer, 49.

Ben reflected on how his unhappy marriage contributed to his alcohol use during a recent interview with Howard Stern.

“Part of why I started drinking was because I was trapped,” the Argo star told the radio host, referring to his relationship with the actress.

“I was like, ‘I can’t leave because of my kids, but I’m not happy, what do I do?’ And what I did was [I] drank a bottle of scotch and fell asleep on the couch, which turned out not to be the solution,”  he added.

The former couple were married for a decade before calling it quits in 2015 and share three children together: daughters, Violet, 16, Seraphina, 12, and son Samuel, nine.

One tweeted: “You blame your ex wife for drinking? You were a drunk before you married her!

“Speaking poorly about the mother of your children pretty much makes to [sic] a terrible father and a total d***head!”

Another added: “@BenAffleck sounds like your blaming your ex-wife for your drinking! Scumbag!”

While a third commented: “You’re a d***head. Even if that’s the case about unhappiness in your marriage why would you drag your ex through the mud publicly and seemingly blame that situation for your own self destructive choices.”

The 13 Going On 30 actress was not happy about Ben’s public admission, as a source told In Touch that his comments felt like a “slap in the face.”

“Jen isn’t particularly happy with Ben’s wording on the subject of why they divorced.

“He gave an interview saying he felt ‘trapped’ in the marriage, Jen wouldn’t have used that phrase or even opened up publicly like that. It was disrespectful,” said the insider.

Following their break-up, Ben and Jennifer are believed to have remained on good terms.

Back in August 2018, it was reported that Ben checked into rehab after an intervention from his former wife.

The Batman star then headed for a treatment center on August 22 after Jen went to his LA home and begged him to get help, TMZ reported.

Years after their separation, Ben got back together with past love JLo.

JLo and Ben looked at an $85 million estate in Beverly Hills, California with enough space for his three children and her two kids.