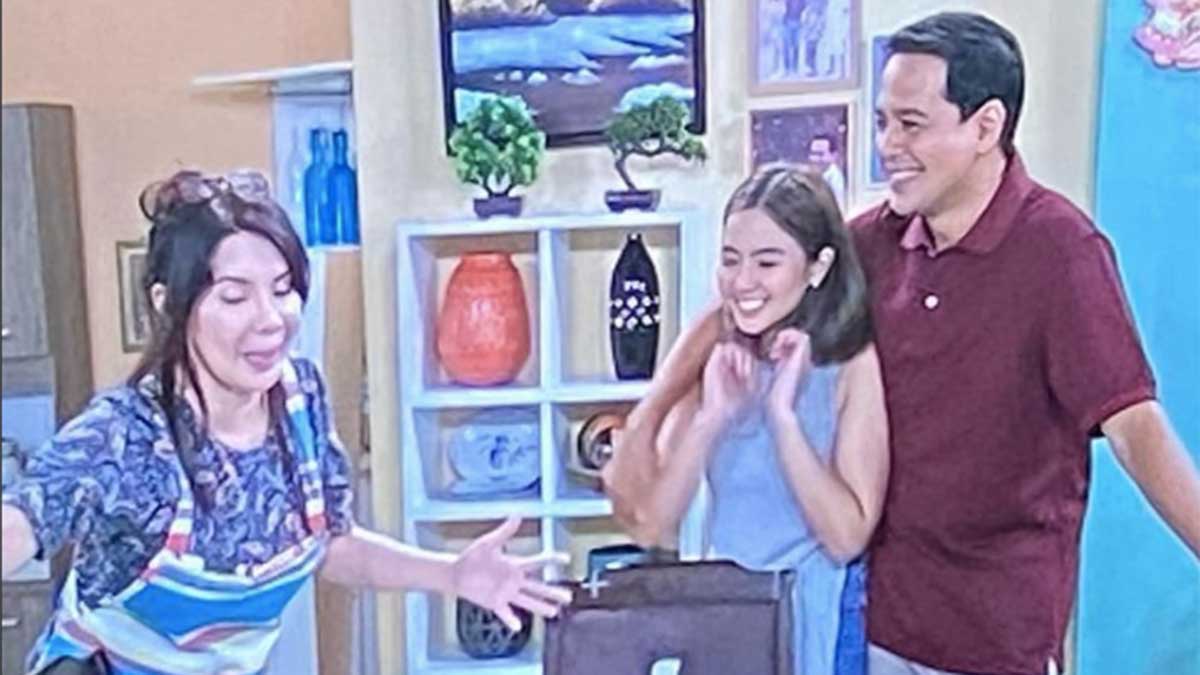 John Lloyd Cruz has started taping for his upcoming sitcom, Happy To Get Her, which will be aired on GMA-7.

John Lloyd’s co-star, Carmi Martin, uploads on Instagram a screenshot from her first scene with John Lloyd and Miles Ocampo.

In the caption, she writes, “Thank you Lord for this blessing. 1st day and 1st take for Happy To Get Her. [flower emoji] @johnlloydcruz83 & @milesocampo”

Happy To Get Her is John Lloyd’s first project under GMA-7 after he signed a program contract on November 9, 2021.

The sitcom will be directed by Edgar “Bobot” Mortiz.

The project also serves as the first Kapuso show of Miles Ocampo and Jayson Gainza, who have worked with Bobot in the past sitcoms he directed for ABS-CBN.

Janus del Prado, a former Kapamilya, also returns to GMA-7 via this sitcom. His last project as a Kapuso was the 2004 prime-time series Hanggang Kailan.

Happy To Get Her is also considered a comeback fo sorts for John Lloyd, whose last project with GMA-7 was 21 years ago.

In 2000, he did a guest appearance in the horror anthology show, Kakabakaba. He was also supposed to transfer to GMA-7 in 2001, but the plan was aborted because of a contract clause.

GMA-7 has yet to announce when will Happy To Get Her start airing on the network.