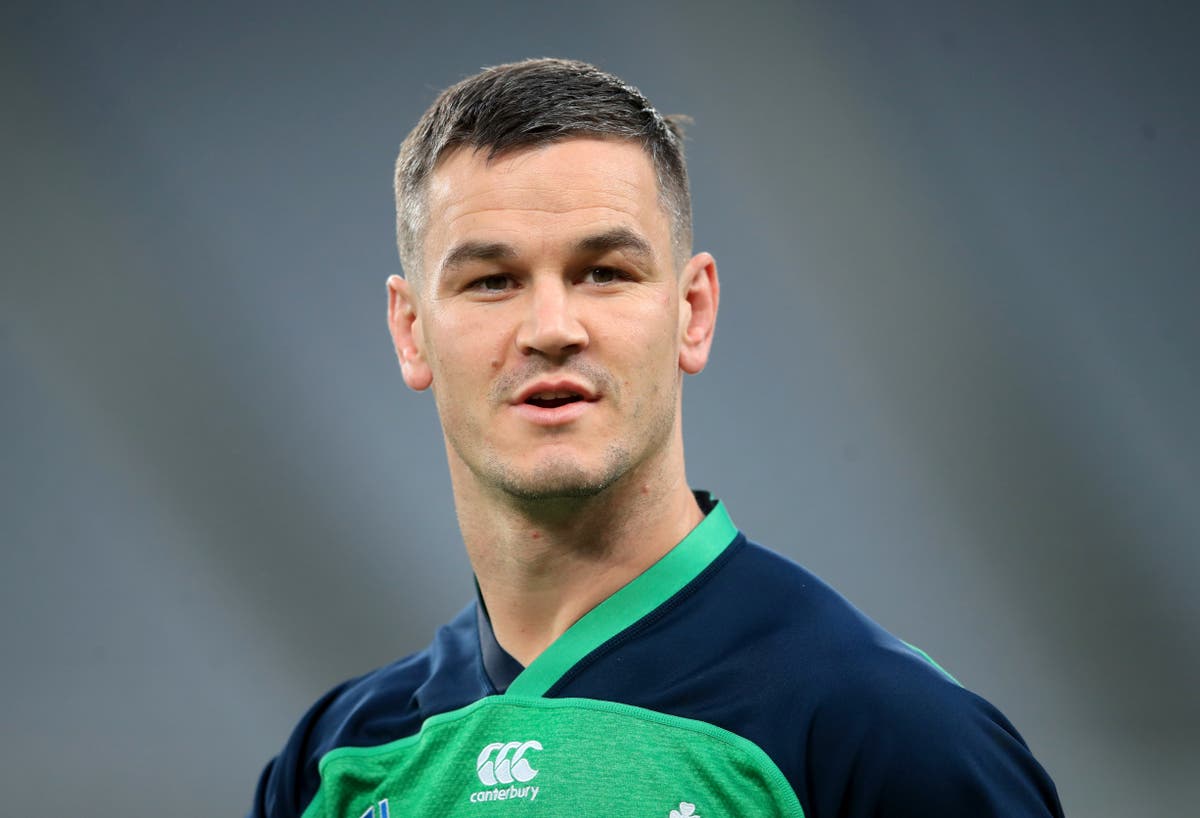 Ireland captain Johnny Sexton says he will make a decision after the 2022 Six Nations about whether to play in the next World Cup, as he prepares to win his 100th cap against Japan on Saturday.

The 36-year-old Leinster fly-half is out of contract with his province and country at the end of the season but is keen to continue and has spoken about using the autumn internationals to prepare for France 2023.

“At the moment I’m loving it,” Sexton said at a press conference. “I love the training, my body is good, my mind is good and, in an ideal world, I would love to keep going.

“What I learned last year is that you can’t plan too far ahead. I’m taking it game by game, campaign by campaign.

“The IRFU have been very good to me over the last seven years since I came back from Paris. We made a decision at the end of the Six Nations last year and I don’t think it will be any different this year.

“Let’s wait until the end of that and see how we all are.”

Sexton, who made his Ireland debut in 2009 against Fiji, would have reached his milestone against England earlier this year but for missing the France game through injury, but that disappointment is offset by the fact that his 100th appearance will be witnessed by a passionate crowd at the Aviva Stadium on Saturday.

“I had to wait a long time for my first cap and I’d have been happy to get the one,” he said. “Never in a million years did I think I’d still be playing.

“But over the last few years I’ve just taken it year on year. I was gutted to miss the French game last year because I knew that, if I’d kept fit and kept my form, that I would have played my 100th against England.

“But everything happens for a reason and hopefully getting your 100th cap in front of some people will be more than special.

“I’m trying to focus on the game, though, I don’t want to get drawn away from how important the game is.”

Sexton has been described by Ireland head coach Andy Farrell as “a one-in-a-generation-type player” and team-mate Iain Henderson has no doubt about his value to the team.

“His drive and determination to win is probably almost second to none to anyone I’ve ever played against, coupled that in recent years with really great leadership skills, is a lot of what has got him to 99 caps.

“Obviously there’s moments in games that stand out but it’s off the field too where Johnny stands out, he blends in so well with whoever is in the group.”

Ireland also play New Zealand and Argentina in Dublin in November but Sexton, who has never played against Japan, says they are not looking beyond Saturday’s visitors.

Sexton has recovered from a recent hip injury which forced him to miss Ireland’s hard-fought 39-31 win over Japan in July which helped atone for their shock defeat at the 2019 World Cup.

But Jamie Joseph’s men have been in camp for several months and warmed up for the visit to Dublin with a 32-23 defeat to Australia two weekends ago.

“I remember being at the World Cup game and seeing how good their skills were,” Sexton said.

“They were outstanding throughout the World Cup and it was the same again in the summer when they played some outstanding rugby.

“They are a team to be reckoned with, unbelievably well coached. We obviously learnt a hard lesson at the World Cup.

“I can’t say enough about them. We will 100 per cent give them the respect they deserve and we’ll prepare as well as we prepare for anyone.

“It will be a proper Test match. We haven’t spoken about any games beyond this because we know what a big challenge it will be.”