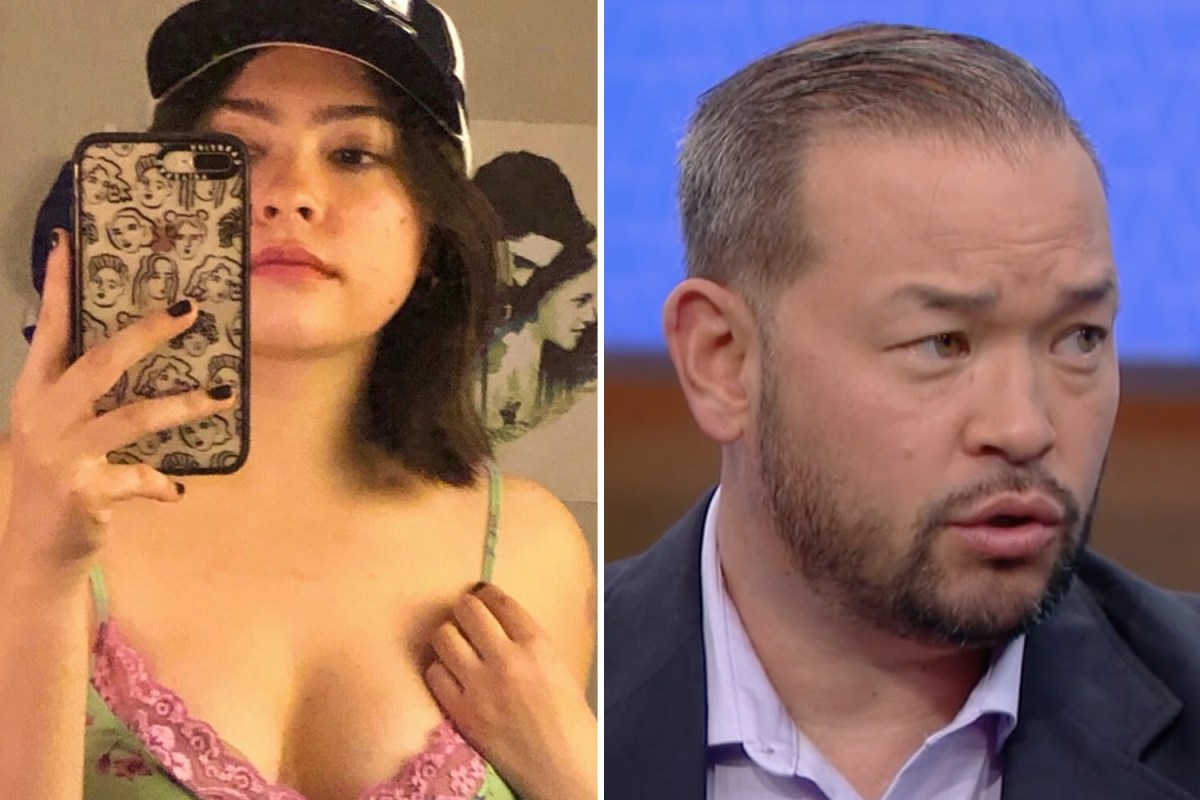 MADY Gosselin shared a rare selfie on Instagram after her father Jon admitted that they haven’t spoken in “eight years.”

The Jon & Kate Plus 8 star revealed that he has tried to reach out “every single year” to no avail.

Mady, 21, took to Instagram on Monday to share a rare mirror selfie of herself in a lacy pink and green floral tank top.

The reality star starred unsmiling at her phone camera as she captured herself in a black and white trucker hat.

The TV personality showed off her phone case artwork as well as a romantic sketch taped to the wall behind her.

Mady has infrequently shared updates of her life on social media amidst her parent’s two-decade feud.

Earlier this month, her father Jon, 44, confessed that he hasn’t spoken to his two eldest daughters, twins Mady and Cara, in eight years.

In an interview with Dr. Oz, the TV host revealed that in Cara’s biography page for her school rowing team, she only listed her mother as her parent.

When asked how he felt about being omitted, the dad of eight mentioned: “It’s just like anything. It’s just like an emergency contact. It doesn’t make me feel any different.”

He then admitted he has not spoken to his twin girls in “eight years.”

Jon said: “I text them every single year. And every time I come here to your show or interview, I text my daughter every single time.”

He added that they have not “blocked him” because the messages are “blue.”

Jon believed Cara might possibly be “angry and scared,” because she does not want to “upset her mother.’

While talking about Mady, the TV star pointed out that Hannah “cut through stops” and had dinner with her and the other siblings.

However, Collin was not in attendance with them at the dinner.

Kate and Jon have had an ongoing custody battle since their divorce in 2009 after spending 20 years together.

After years of going back and forth in court battles, the co-parents have currently split where their kids must live with either parent.

Four of the exes’ 17-year-old sextuplets – Aaden, Joel, Alexis, and Leah – live with Kate and have moved with her to North Carolina.

The other two, Collin and Hannah, also 17, live with their father and will remain with him in Pennsylvania.

Mady and her twin sister Cara were left out of the custody agreements as they are both legal adults and have headed off to college.

Last week, Mady shared another rare snap of her all dressed up for a night out with friends at Syracuse University.

The twin posed in tall knee-high black boots and a little black dress, wore her hair parted down the middle, and slicked back complete with minimalist jewelry for a simple look.

Mady posed next to two pals who were with her for the evening and captioned her post: “from weeks ago”.

The Jon & Kate Plus 8 alum also told Dr. Oz recently that he is still friends with Colleen Conrad, whom he dated for seven years before breaking up in August.

Colleen, 51, was diagnosed with breast cancer in April, and just a few months later, the couple called it quits.