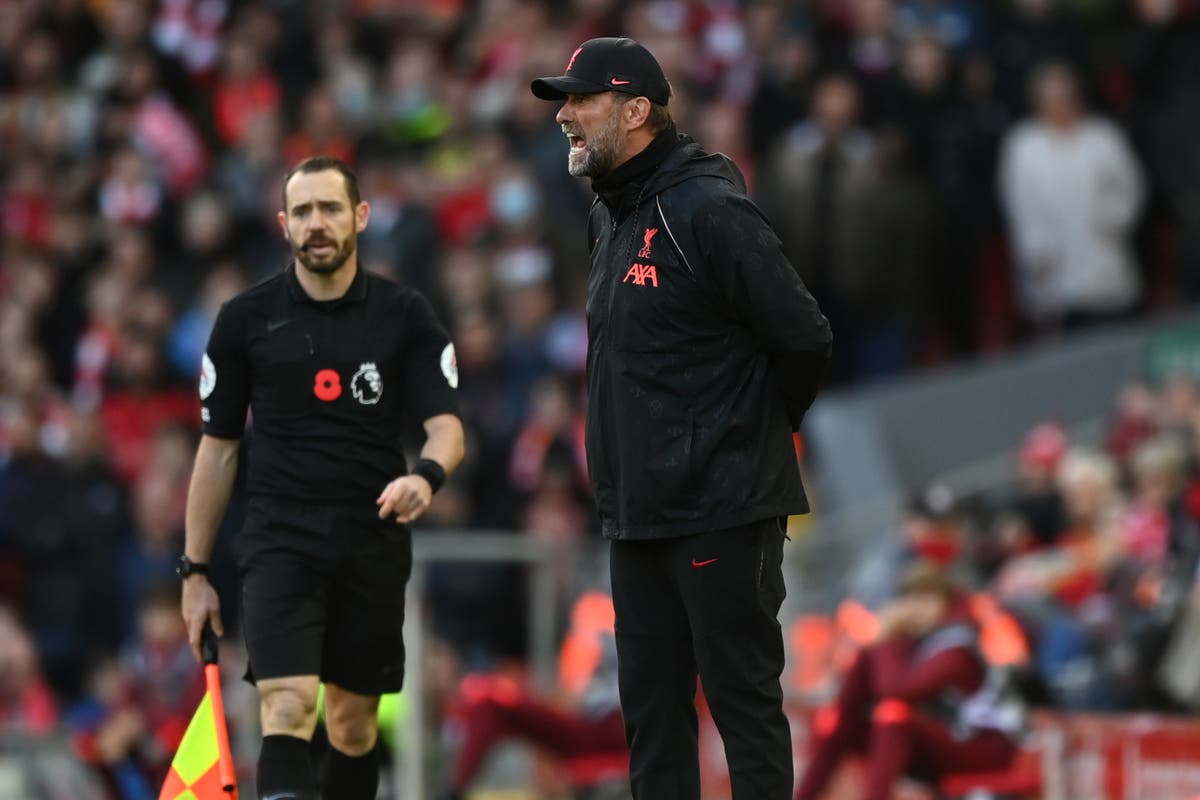 The German, whose side have maintained their unbeaten record in the Premier League, saw his team pegged back after goals from Jordan Henderson and Sadio Mane when Enock Mwepu and Leonardo Trossard completed quite the turnaround for the away side.

“It feels like a defeat,” Klopp told the BBC.

“It’s not only because we were 2-0 up, it’s because we scored two of the most beautiful goals I’ve ever seen us score, which were disallowed.

“The pressing goal for Sadio was just unlucky, if you want to teach pressing, you would show this situation. But disallowed for handball, I guess.

“In the second half, we were not good enough. The body language I didn’t like it all. It was like ‘oh my God, it’s really tough’. Yeah, it was clear before the game.”

Letting the lead slip could have big implications in the title race. Although Manchester City lost at home to Crystal Palace, Chelsea’s 3-0 win away at Newcastle United saw them move three points clear at the top of the table.