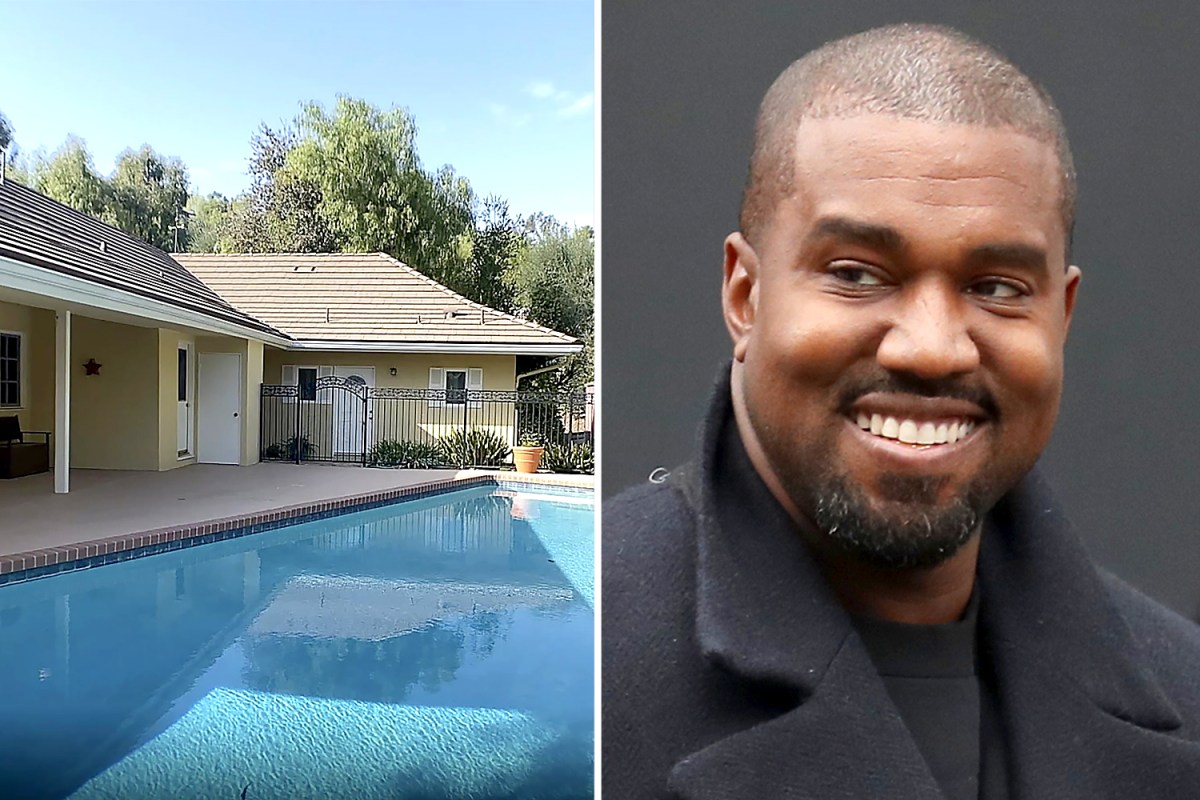 KANYE West had reportedly “bought a $4.5M mansion across the street from his ex Kim Kardashian’s $60M estate” as the rapper has begged the reality star to take him back.

Kanye, 44, has reportedly dropped millions for the Hidden Hills estate in California, according to Dirt.

The Hidden Hills property has enough space for about four bedrooms and up to three bathrooms.

About 3,600 square feet of the estate has a ranch which came with horse stables included.

The Stronger rapper also has a swimming pool and a guest studio with another bedroom and bathroom.

Back in 2005, the kitchen was remodeled to include granite countertops, white ovens, and matching dishwasher.

Kanye secured the deed after having paid about $421,000 over the asking price.

Ye’s Hidden Hills estate is supposed to be across the street from his former partner’s compound.

Pete Davidson, 28, became the first man that Kim, 41, has been linked to since her split with Kanye.

She kissed her co-star in an Aladdin skit for the NBC variety show back in October before the two reportedly made their relationship official in November.

The reality star filed for divorce from the Flashing Lights singer back in February.

North and Chicago showed off their rapping skills as she lip-synched to Eminem’s song, The Real Slim shady, on a recent TikTok video.

Back in mid-December, a source close to the Donda rapper told PEOPLE that his wife and kids are “important” to the Chicago native.

The source claimed that the music star was an alleged “family man at heart [whose] love and commitment” to his family “will never change.

“He’s not giving up without a fight. Kim is the mother of his children and he’s not going to just let that go.”

The insider concluded: “No matter if they’re husband and wife, they’ll always support each other.

“Her recent filing or any filing for that matter doesn’t mean he’s going to stop fighting to win her back.”

Recently, Kanye and Khloe‘s baby daddy Tristan Thompson, 30, were left out from the Kardashian family Christmas photos this year.

Both Kim and Khloe shared their family’s holiday photos on their respective Instagrams in honor of Christmas Eve.

The two reality stars included all of their kids but neither of their baby daddies in the snaps.

Even though the baby daddies were missing, momager Kris Jenner, 66, took part in the shoot with her grandchildren.

Tristan is currently in a legal battle with his mistress Maralee Nichols, who had his alleged love child.