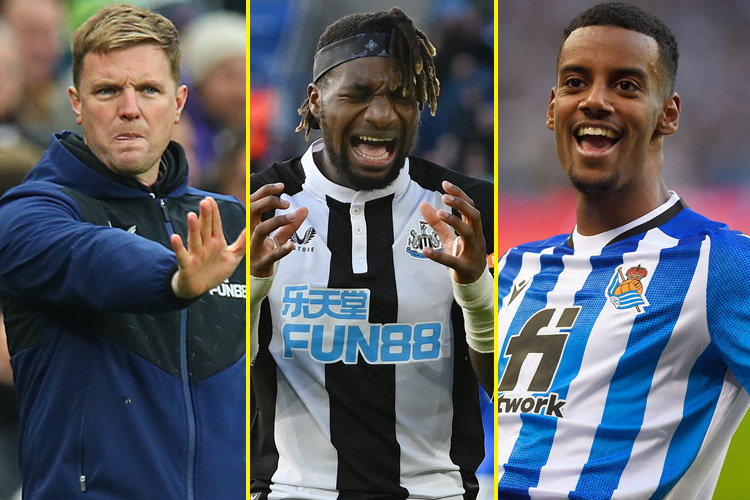 Newcastle may have all the money in the world but it doesn’t necessarily buy you that precious Premier League status.

The Toon Army are no doubt dreaming of Champions League football and Premier League title challenges returning to St James’ Park but Newcastle’s route to glory could be a scenic one with relegation a very real possibility this season.

The club’s huge financial muscle should bump them up the queue in their pursuit of players and former Magpies player Darren Ambrose believes there need to be many acquisitions made next month.

And Ambrose has identified four things that Newcastle must do sharpish if they’re to avoid playing in the Championship next term.

Ambrose said: “I don’t think he will go. It would take a massive bid and Newcastle don’t need the money.

“But what I’m starting to see in Allan Saint-Maximin is that it looks like he’s losing trust in his teammates. I think it was against Brentford where he did a mazy, unbelievable run, he laid it off to Joelinton but he missed the easy chance.

“Something’s clicked in his head, he didn’t seem to be passing a lot against Man City.

“He and Callum Wilson need to stay. Going forward isn’t an issue for them.”

Ambrose said: “There are stories that they’re speaking with Dan Ashworth at Brighton and that would be brilliant… it would be an impact signing!”

“Amanda Staveley and this consortium are business people, they don’t know much about football. Do you give Eddie Howe and Jason Tindall free rein? I don’t think you do.”

Ambrose said: “Not all of them are defenders. I think they need two centre-backs and a left-back. James Tarkowski is nearly out of contract at Burnley, they could get Ben Mee.

“If you sign the right six players I’m sure they won’t go down.”

And one of them must be a ‘superstar’

Ambrose said: “I don’t mean an Erling Haaland or Kylian Mbappe, they’re not going to come to Newcastle now.

“I’m looking maybe in the mould of Alexander Isak. Players doing really well where they are. Can they do it in the Premier League?

“I’d give them a get-out clause because they would need it to sign a superstar.

“To sign Ben Mee, Tarkowski, Aaron Ramsey, you have to sign someone that makes them go ‘I want to be part of that.’”