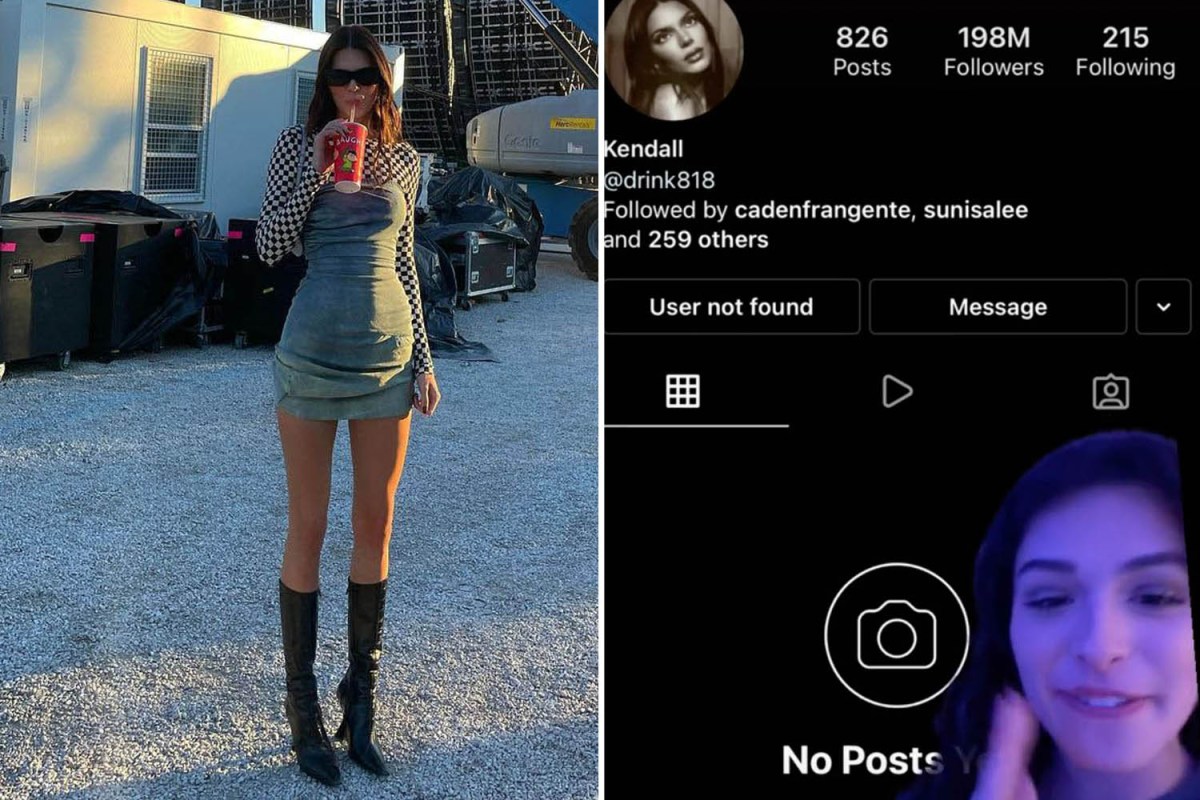 KENDALL Jenner was accused of BLOCKING a fan who slammed her on social media for leaving up “tone-deaf” photos long after the Astroworld tragedy.

The Keeping Up With the Kardashians star deleted her pictures from outside the venue on Tuesday, saying she was “truly broken” over the lives lost.

Kendall, 26, has been accused of BLOCKING a fan who slammed her “tone deaf” social media posts.

TikTok user @ash.3579 created a video where she discussed Kendall not removing her Astroworld photos until Tuesday, days after the tragic incident.

“So if you didn’t know, Kendall Jenner posted this picture at Astroworld and kept it up until today,” she began while pointing to the since-deleted pic.

“That’s literally three days after the deaths so she clearly didn’t have a problem with that until people started hating.

The user then explained how she personally left a comment on the post, reading: “I’m glad you had a great time,” which led the supermodel to “block her.”

“What a f**king loser,” the video creator joked, imitating Kim Kardashian from one of the iconic KUWTK episodes.

On Tuesday, Kendall deleted the pictures she posted of herself standing behind the mega-structure stage, just hours before chaos ensued.

The reality star gave the camera a soft smile as she showed off her figure in a denim dress, checkered long-sleeved shirt, sunglasses, and carried a smoothie.

The TV personality finally addressed Friday’s fatal crowd surge during Travis Scott‘s set in Houston on Tuesday, which she had attended with sister Kylie.

Kendall wrote on her Instagram Stories: “I’m still at a loss for words over the news from Astroworld.

“I’m truly broken for the families that have lost loved ones and my prayers go out to everyone involved.

“Sending everyone who has been affected all of my love and wishing them strength during this incredibly devastating and sensitive time. Kendall.”

Kendall has faced backlash for posting snaps and keeping them up for days as news has continued to roll in on the horrific events at NRG Park.

Eight people died and hundreds were injured in a horrific crowd surge during  Travis’ set at Astroworld Festival.

The source recalled: “Kendall and Kylie each had six massive bodyguards with them.

“After everything went down, Kendall and Kylie were escorted out and walked past bodies and people getting CPR…”

Officials in Texas said the crowd began to “compress towards the front of the stage” at around 9:15 pm on Friday, sparking panic.

“People began to fall out, become unconscious, and it created additional panic,” he said.

They explained that a “mass casualty incident” was triggered at 9:38 pm and investigations are ongoing.

On Monday it emerged that Travis played for more than 30 minutes after the mass casualty announcement.

Khloe and Kourtney, as well as their mom Kris, have been bashed for their “tone-deaf” social media posts in the wake of the tragedy.

Kourtney was slammed for promoting her lifestyle website Poosh on Instagram just hours later, while Khloe posted a sexy selfie with Scott Disick, from the concert and captioned it: “About last night.”

Kris, meanwhile, shared a “tacky” photo of the roses she received from Travis Barker for her 66th birthday.

See pregnant Kylie Jenner and daughter Stormi, 3, being rushed out of Astroworld by bodyguards before 8 declared dead