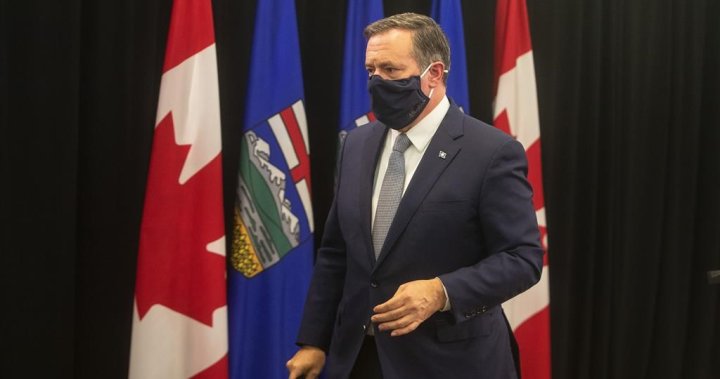 In an interview with The West Block‘s Mercedes Stephenson, Kenney reiterated concerns with the federal government’s policies on protecting the environment: specifically, a ban on tanker traffic on B.C’s north coast and major changes to the structure of how the impacts of oil and gas projects get assessed.

He said while he will keep fighting back against the policies, he can also work with Trudeau on others.

“I would say it’s professional,” Kenney said when asked to describe his relationship with Trudeau.

Kenney called him an “environmental extremist,” and said his appointment to the role remains “very concerning” to Albertans.

In particular, the question of how best to get to net-zero emissions by 2050 is one that continues to be a challenging prospect.

Trudeau has doubled down repeatedly on that commitment, and Alberta’s economy is still struggling amid years of ongoing volatility to the price of oil and the world weighs similar questions about transitioning to greener technology and renewable energies.

Kenney argued the answer is not about turning off Alberta oil and gas, but about developing better emission reduction technologies.

“We hope the federal government, instead of just hammering the biggest job-creating industry in the country, works with us to develop, adopt technologies like expanding carbon capture utilization and storage that can help those energy companies achieve their net-zero goals,” he said.

2:19
COP26: balancing the environment and the economy in Alberta

But Kenney, who is expected to roll out a budget in the coming weeks, ruled out any additional taxes as a solution to fill provincial coffers.

“There will be some continued work to do on fiscal restraint without any deep, deep cuts, and there’s absolutely no way we’re looking at tax increases.”

Keeping provincial taxes low would hurt efforts to pitch investors and businesses to come open up in Alberta, Kenney said, adding he believes the solution is to “focus on economic growth and job creation.”

Kenney won the premiership in 2019 but is already facing pressure over his handling of the province’s economic challenges, which have been exacerbated by the COVID-19 pandemic.

In the latter half of 2021, a number of UCP constituency associations began pushing for an early party review and a vote on Kenney’s leadership.

In September, the party’s president told the associations the UCP would schedule its annual general meeting, including a leadership review vote, for spring 2022.

Kenney’s next leadership review was previously not expected to occur until the end of 2022.

The party has since said it will hold a confidence vote on Kenney’s leadership on April 9 in Red Deer.

If Kenney receives less than 50 per cent of the vote, he will no longer be party leader.

— with files from Global’s Phil Heidenreich.