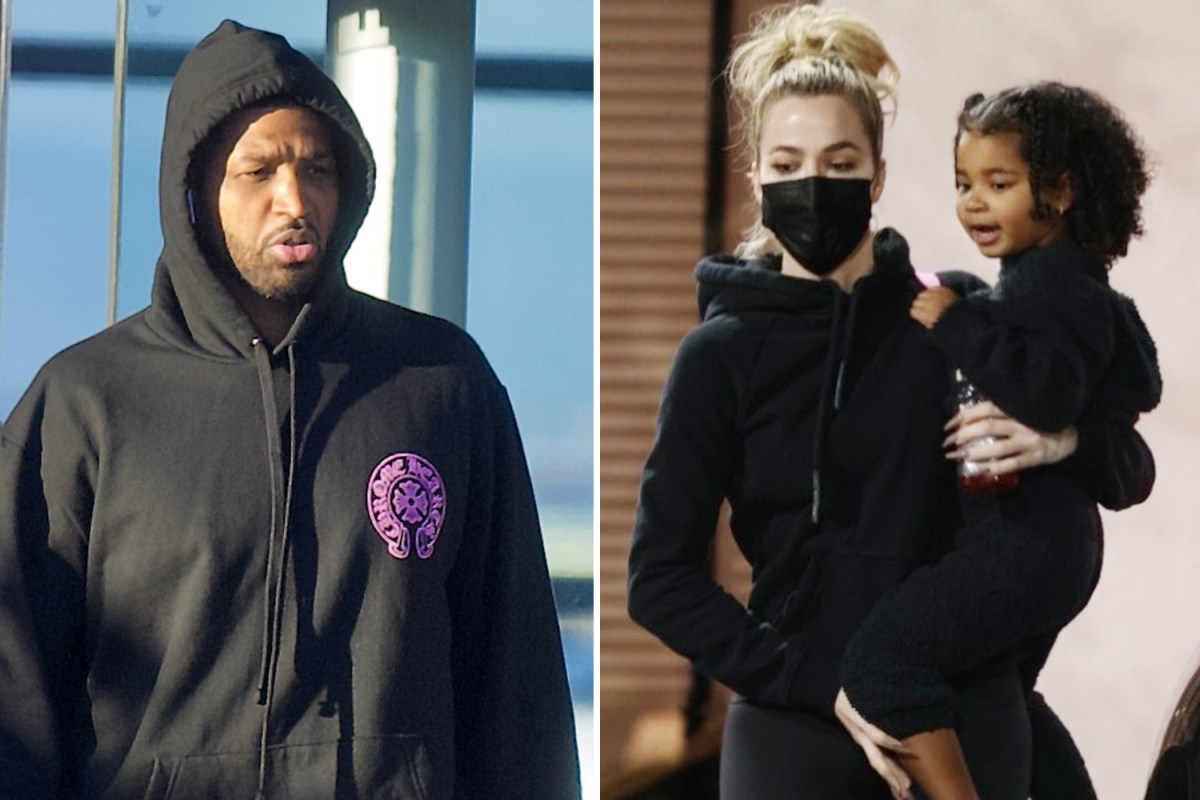 KHLOE Kardashian looked stoic, hiding her face behind a mask, as she stepped out to take True to dance class amid Tristan Thompason’s love child scandal.

The NBA star admitted to fathering a child with Maralee Nichols while he was dating the Keeping Up With the Kardashians alum.

Khloe stepped out with True on her hip on Monday.

She wore black from head-to-toe, keeping it casual in workout gear.

The Good American co-founder sported leggings, sneakers and a hoodie.

Her daughter donned a similar look, smiling as her mother held her close.

True wore fuzzy Ugg sandals and her hair in loose curls around her face.

Khloe’s face was obscured by her mask, but she did not appear to crack a smile as she and True made their way back from the class.

Khloe has been having a tough go of it as of late.

Following the reveal, Khloe barred her ex from moving into her home.

A source told the outlet: “Khloe and Tristan were in a good place before the news about Maralee being pregnant came out and had plans to move in together.

“Tristan has since pulled out of escrow on his house in Encino, California, that he was in the process of selling, and is no longer moving in with Khloe.”

Khloe lives in a $37 million mansion in Hidden Hills, California.

She lives next door to mom Kris Jenner and close to both Kim Kardashian and Kylie Jenner.

According to the insider, she simply can’t shake her feelings after the latest scandal involving the Canadian native.

“Khloe is really hurt and saddened by Tristans actions and his public apology isn’t helping,” the source said.

“This has been a tough pill for her to swallow and she does feel unsettled and pretty crushed.”

Khloe’s ex recently posted about “demons” and “weakness” after admitting to fathering the child.

Weeks after he issues a public statement confirming paternity, he shared the following cryptic quote: “Sometimes you don’t realize your own strength until you face your greatest weekness.

“Hide from your demons and they’ll slowly destroy your potential.”

The quote ended: “Face them and they can potentially become your greatest asset.”

Maralee claimed she and the sports star conceived the child on his birthday in March 2020.

Tristan initially denied having a real relationship with Maralee, claiming it was a one-night affair.

He later confessed to meeting for sex several times.

He was dating Khloe at the time.

After nearly a month of denying paternity, Tristan admitted that he was the father of the child.

He wrote: “Today, paternity test results revealed that I fathered a child with Maralee Nichols.

“I take full responsibility for my actions.

“Now that paternity has been established, I look forward to amicably raising our son.”

“You don’t deserve the way I have treated you over the years. My actions have certainly not lined up with the way I view you.

“I have the utmost respect and love for you, regardless of what you may think. Again I am so incredibly sorry.”