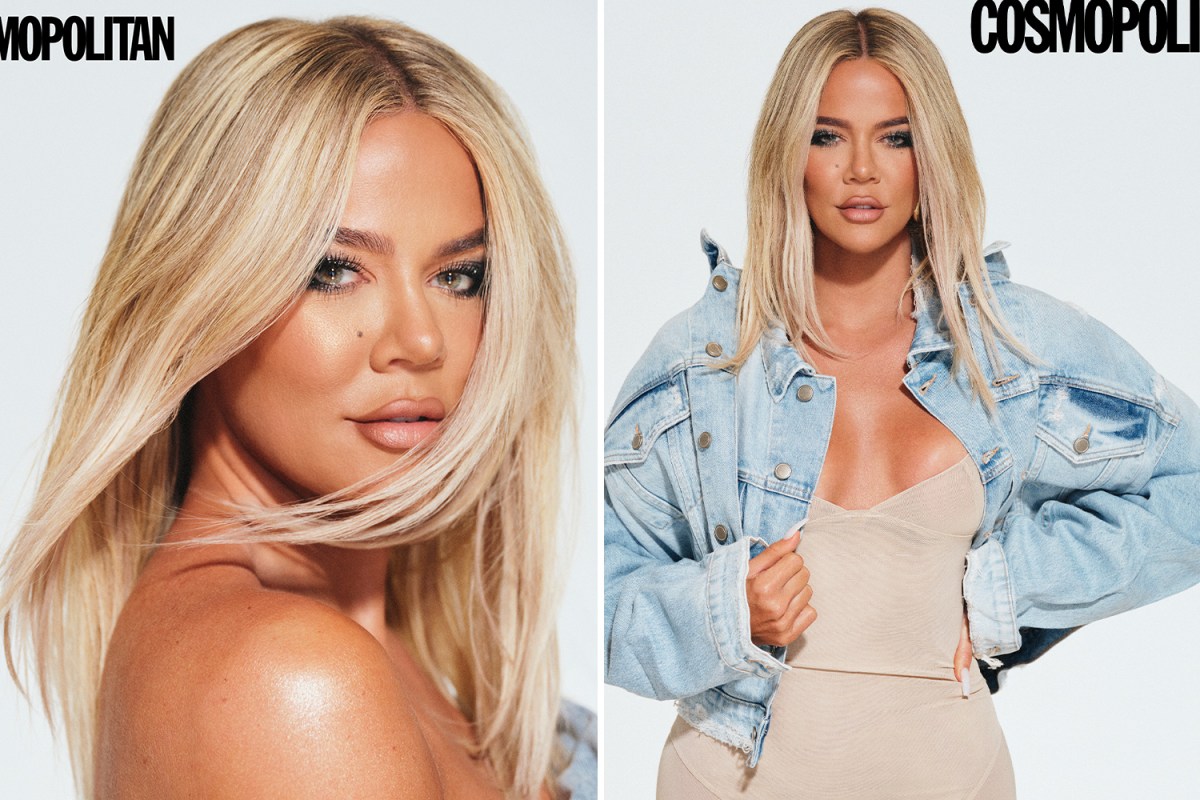 The 37-year-old admitted she “can’t drown out the noise” from trolls.

Khloe stunned in a series of photos featured in the magazine.

The Keeping Up With the Kardashians star wore her blond hair straight and down, while she modeled numerous looks in the shoot.

On the cover, Khloe kept things casual as she wore a white crop top and patchwork jeans.

Other photos caught the mother of one rocking a tight cream dress and denim jacket and light wash jeans and a tank top.

Khloe opened up about a number of topics in the interview with Cosmo UK, including how she deals with her haters.

The KUWTK star told the outlet: “I have my days.

“There are definitely times that I’m like, ‘I don’t give an a** about anything.’

“I have this great ability to block everything out.

“Then I have times where I struggle and I can’t drown out the noise, and I get mad at myself for not being able to. It’s a vicious cycle.”

She added: “You have to take every day as it comes.

“There are definitely times when we’re like, ‘Just get these cameras out of our faces!’”

Khloe then touched on her fans that feel over-familiar with her due to her openness on her family’s show and social media, sharing: “I’m such a people person.

“Someone will call me Khlo or Koko [her nicknames] and I’m like, ‘Heyyy!’ I have to be reminded that I don’t know this person, they just watched the show.”

She added that some fans have even asked her personal questions, revealing: “When I was married [to basketball player Lamar Odom] people would come up to me and give me sex advice because I was trying for a baby for so long.

“It’s sweet – I understand they were trying to be helpful, but I’m beyond talking about sexual positions with a stranger.”

Also during the interview, Khloe praised her sister Kim Kardashian, 41, for being the person she turns to while in crisis.

“She’s really calm and now that she knows all this legal jargon she will say things that make you feel reassured – I don’t even know what they mean.

“If there’s any kind of drama, you talk to her about it, She’s like, ‘we’ll figure it out.’ She comes up with a plan – she’s a little wizard like that.

“Either I feel calm or I’m like, ‘Why the f**k aren’t you more upset! I don’t understand why you’re so calm about this.’”

Khloe likely leaned on her older sister after her split from Tristan Thompson, 30, over the summer.

Speaking of how becoming a mother changed her, Khloe admitted she’s much more empathetic after welcoming True.

The TV personality said: “The motivation that having a child gives you… you want them to be proud of you so badly.

“That’s not just work, but my manners and how I treat people.

“You just carry yourself in a different way, or I try to.”

She continued: “Three is the best age.

“She was telling me the craziest story this morning and I was like, ‘Where did you get all these words from?'”