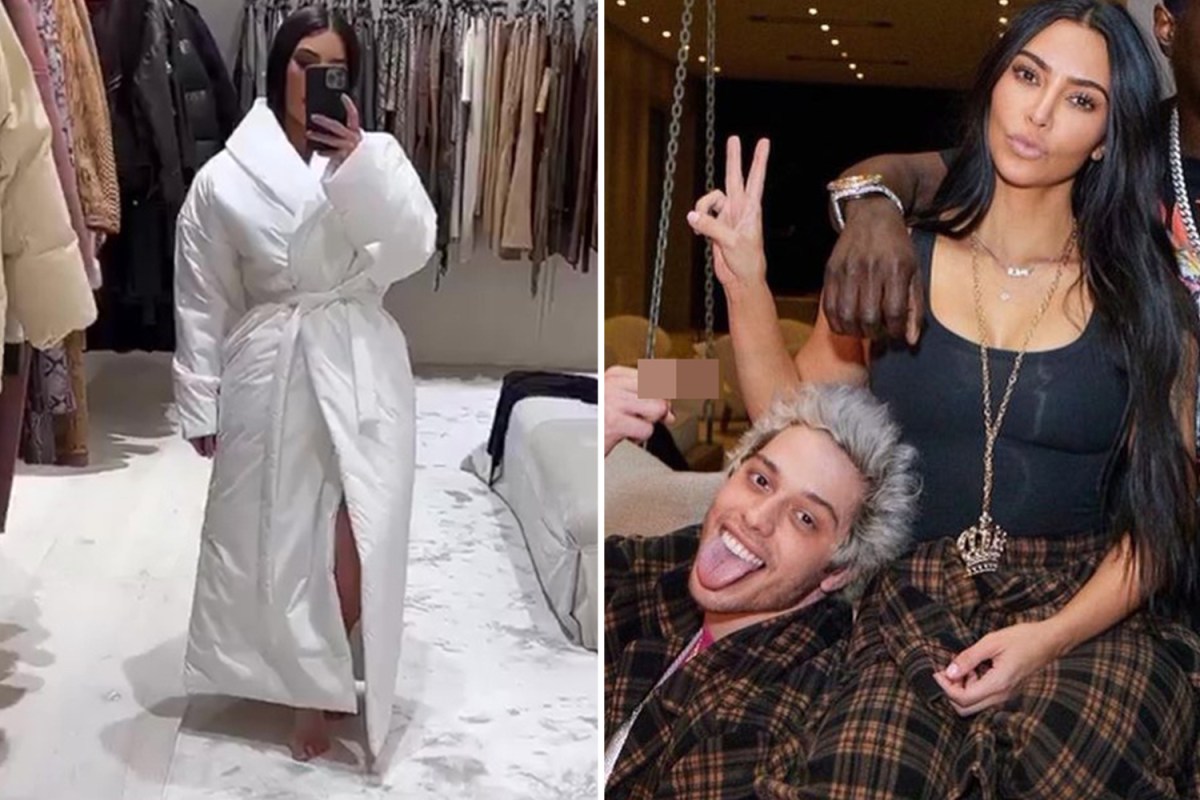 KIM Kardashian posed in a sexy “duvet robe” after going on yet another date with comedian Pete Davidson.

The KUWTK star, 41, left fans reeling when she celebrated Pete’s 28th birthday with the SNL star in Palm Springs this week.

But Kim brushed over the drama in her dating life as she showed off her latest “obsession” from her SKIMS line – a “duvet robe”.

The mother-of-four posed in the belted cotton robe in her mirror, flashing a hint of leg and cleavage as she showed off the garment.

She told fans: “Okay legit obsessed! It’s like puffy and amazing and it’s so just, cozy. I love it.”

Kim’s video was posted in the SKIMS’ Instagram account’s story, just hours after her intimate date with Pete was revealed.

Kim and Pete celebrated his 28th birthday with her mom Kris Jenner, 66, as well as Flavor Flav, 62, at Kris’ vacation home in Palm Springs.

Flavor shared a snap of the group and wrote: “celebrating my adopted son Pete Davidson’s birthday wit the legendz @kimkardashian and @krisjenner.”

He added: “Pete,,, I never took a clock off my neck to give to someone and you will be the last person I do this for,,, it lookz real good on you,,,, happy birthday,,,,”

The KUWTK star and comedian have been rumored to be dating after they met during Kim’s episode of SNL in October.

The pair reportedly had an instant connection as they rehearsed an Aladdin-themed skit together.

They then headed to Knott’s Scary Farm in California the following week with Kim’s sister Kourtney and her fiance Travis Barker.

Kim and Pete were seen on a ride together holding hands, which first sparked fan rumors that the duo were dating.

After that, Pete took Kim on two dates on the east coast.

He first took Kim to one of his favorite restaurants, Campania, on Staten Island, where the two had a private dinner on the rooftop.

They met up at the exclusive NYC venue, Zero Bond, the following night, where Kim wore a body-hugging velvet dress that complimented her curves.

An insider claimed last week that Kim is “falling” for the SNL star, telling Us Weekly: “He makes her feel good and she’s excited to see what happens.”

Close friends of the couple are supportive of their blossoming romance, claiming that the SKIMS founder is “always” left “smiling and excited” after seeing the blonde funnyman.

Kim filed for divorce from Kanye West, 44, in February.