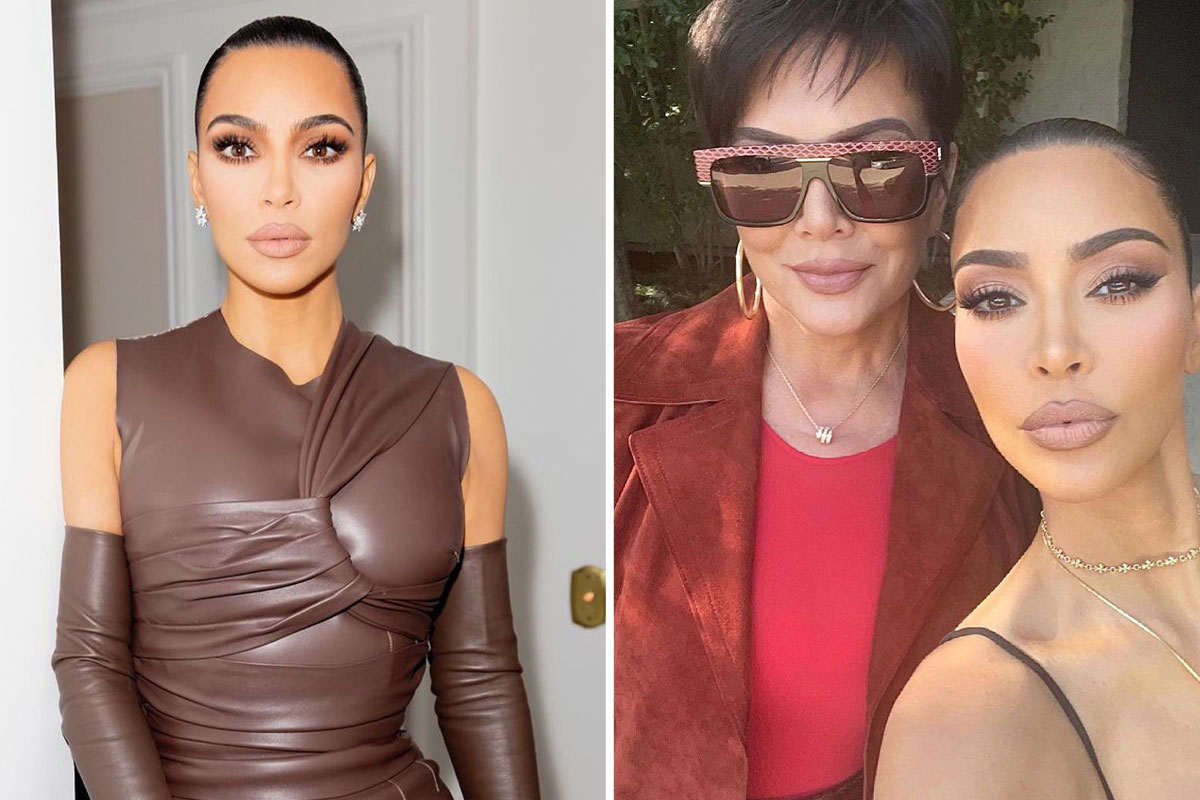 KIM Kardashian called her mother Kris Jenner her “hero” on her 66th birthday amid the claims that the Pete Davidson romance was set up by the momager.

For her mother’s birthday, the Keeping Up With The Kardashians star shared a slide of the two together as they grew older.

In another photo, the two changed their hair color at the same time and switched to blonde.

The reality star also shared a sweet snapshot of the two when Kim was just a baby.

She added: “Thank you for being the most non-judgmental loving human being I’ve ever met.”

Kim concluded: “You take care of us all so selflessly. Words can’t describe my love for you!”

The TV star was not the only Kardashian sibling who celebrated their mother’s birthday.

Rob Kardashian, 34, shared a sweet photo of Kris with his daughter, Dream.

Khloe Kardashian, 37, paid tribute by dressing up as her momager and showed off their uncanny resemblance.

Even Corey Gamble, Kris’ boyfriend, jumped into the celebrations and called her by her nickname.

KUWTK fans have been shipping the reported unlikely romance between the Saturday Night Live comedian Pete Davidson, 27 and the reality star.

There are others though that are more skeptical about the supposed new couple.

Twitter users have theorized that Kris had “orchestrated” the dating rumors to help drum up interest for the Kardashians’ Hulu reality show, which they are currently filming.

Radar reported that Kim and Pete’s first NYC date was allegedly filmed by a camera crew for Hulu and that the comic was “loving” the attention.

One critic wrote: “We’re all in agreement that this Kim Kardashian x Pete Davidson is a PR stunt orchestrated by Kris, right?”

A third person added: “Kim Kardashian and Pete Davidson? In this economy? say what you want about that family but Kris Jenner is the best PR manager of all time,” a third remarked.

One fan suggested that Kris had leaked the photos of Kim and Pete holding hands while they were on the rollercoaster ride at Knotts Scary Farm.

Fans were shocked when the two locked lips on the NBC show during an Aladdin sketch.

The SKIMS founder had filed for divorce from Kanye West, 44, back in February after nearly seven years of marriage.

Kanye though claimed that Kim is still his “wife” in a recent podcast.