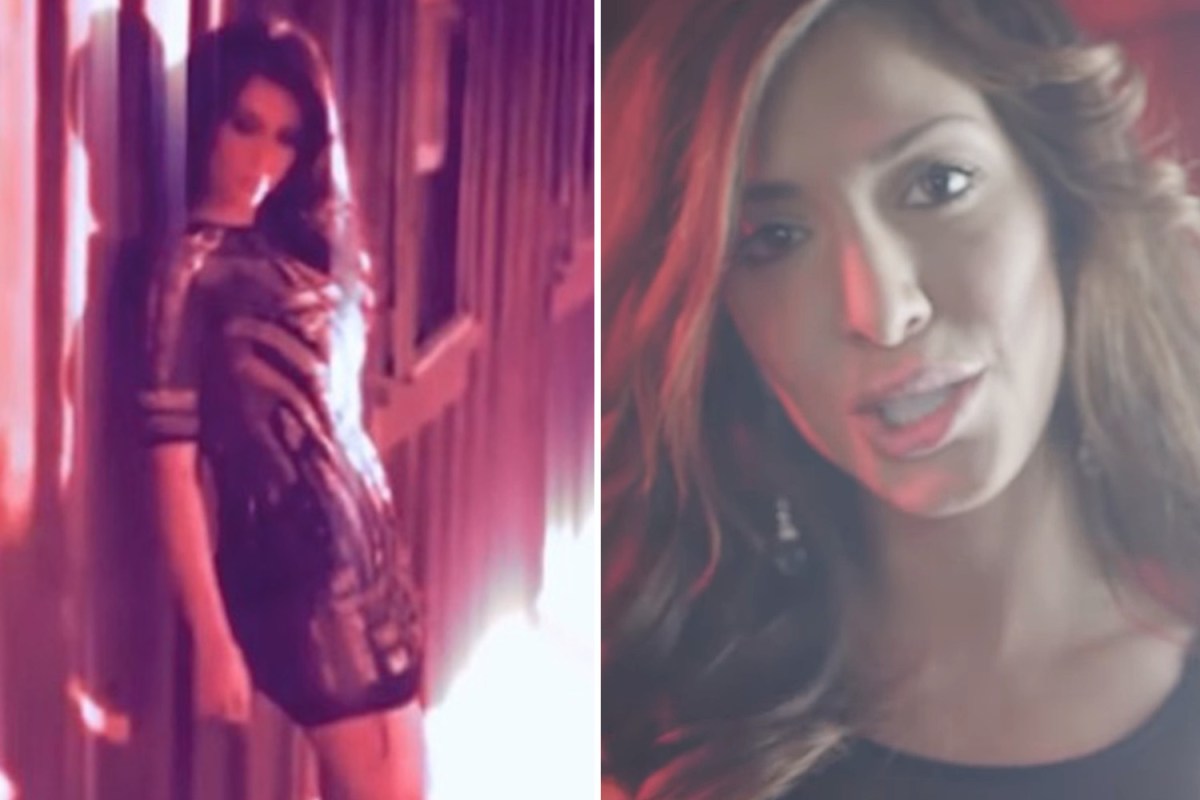 MUSIC is not everyone’s forte.

From Kim Kardashian to Teen Mom’s Farrah Abraham to Nicole Richie, here are some stars who FAILED at a pop pivot – and left behind an earful of evidence.

Many listeners may consider Paris Hilton’s 2005 self-titled album Paris the epitome of an ill-fated celebrity attempt at pop music.

But Paris’ album reached No. 6 on the Billboard charts, and Lady Gaga had glowing words for its lead single.

“I always thought that Stars Are Blind was one of the greatest records ever,” she once told the reality star.

Paris’ brief music career is actually perhaps a better example of a musical misstep that’s aged nicely into a pop cultural artifact that holds its own on semi-ironic party playlists.

Here are some stars whose earnest attempt to branch out into music may not be such ‘shining’ examples as Stars Are Blind.

In 2011, Kim released a pop song and accompanying music video called Jam (Turn It Up) – produced by The Dream, who co-wrote Single Ladies by Beyonce and Umbrella by Rihanna.

It was the megastar media mogul’s first and last attempt at a music career.

In the music video, Kim posed as the cameras flashed, tossed her hair under neon hues and crawled across the floor as she sang (yes, sang): “They playin’ my jam, turn it up, turn it up.”

The song can be found on Spotify, and the video – which “never officially saw the light of day” per BRAVO – was re-uploaded by fans to YouTube.

“She doesn’t dance or anything just … posing…” one wrote on the pulsating pop performance.

And he was like, then stop being so hard on yourself about making a lame decision.”

Interestingly enough, Kim was convinced by various music figures to record the song including then-acquaintance Kanye West – who even sat in when she recorded the music video.

They began dating one year later.

In 2007, Nicole Richie cut the track Dandelion, a cover of a song originally written by LFO and Milkshake singer Kelis.

Nicole’s version didn’t exactly “bring the boys to the yard.”

The country-tinged breakup tune saw the Simple Life star, 40, sing: “I thought he was a flower, But I found out he’s a weed.”

According to Genius, the song was “never officially released on any digital platforms” – though it can be found on YouTube re-uploaded by fans.

While Nicole’s father Lionel Richie is a music legend – and the apple may have fallen far from the “Dandelion” in this case – some fans still enjoyed it.

“She’s better than most artist[s] today i mean she’s no Mariah but she’s not bad at all,” one YouTube commenter wrote.

Teen Mom star Farrah, 30, is known to be quite the entrepreneur – from books to businesses – and the reality star also has the discography to prove it, for better or worse.

In 2012, at the height her original show 16 and Pregnant, Farrah released a book, My Teenage Dream Ended.

The book made it to No. 11 on the New York Times bestseller list, but she also released an oft-forgotten studio album with the same name.

According to Genius, “The father of Abraham’s child, Derek Underwood, passed away a month before her birth. This sent Abraham into a deep depression and was the inspiration for her 2012 debut album.”

Song titles include “The Phone Call That Changed My Life” and “After Prom” and the album cover included her daughter Sophia, 12.

The autotune-heavy album – and her subsequent 2014 song and music video Blowin, about “bullying” had fans and critics split and mystified.

Some outlets said the album should make her an “Avant Garde icon,” yet one YouTube user entitled their take: “Farrah Abraham’s My Teenage Dream Ended review – Worst album ever made?”

It may just be better off left appreciated by Teen Mom die-hards.

Or at least she did once – putting out the single Like A Bird in 2011.

While the song doesn’t appear on Spotify or Apple Music, it is available for purchase on Amazon, and there are unofficial uploads of it on YouTube.

“It’s more of a hobby right now, but we’ll see in a couple of years if I actually do want to take it to the next level, to a more professional level.

But right now, my priority is focusing on school and getting into a good college.”

Tiffany left her pop aspirations behind and did go on to earn a bachelor’s degree from Donald’s alma-mater, the University of Pennsylvania, and a law degree from Georgetown.

The song however has popped up on TikTok as yet another example of a bizarre relic for listeners to stumble upon.

Uploads of her song onto TikTok have gone viral – one upload of it has been used in 4000 videos some even said the “hyper-pop” song sounded like singer Grimes.

“This song is so good idc if she’s Trump’s daughter,” one user wrote while grooving to it.

Ultimately, these stars stayed in their lanes but in the age of the internet, nothing is ever truly forgotten.

And rough gems are never immune from getting dusted off.