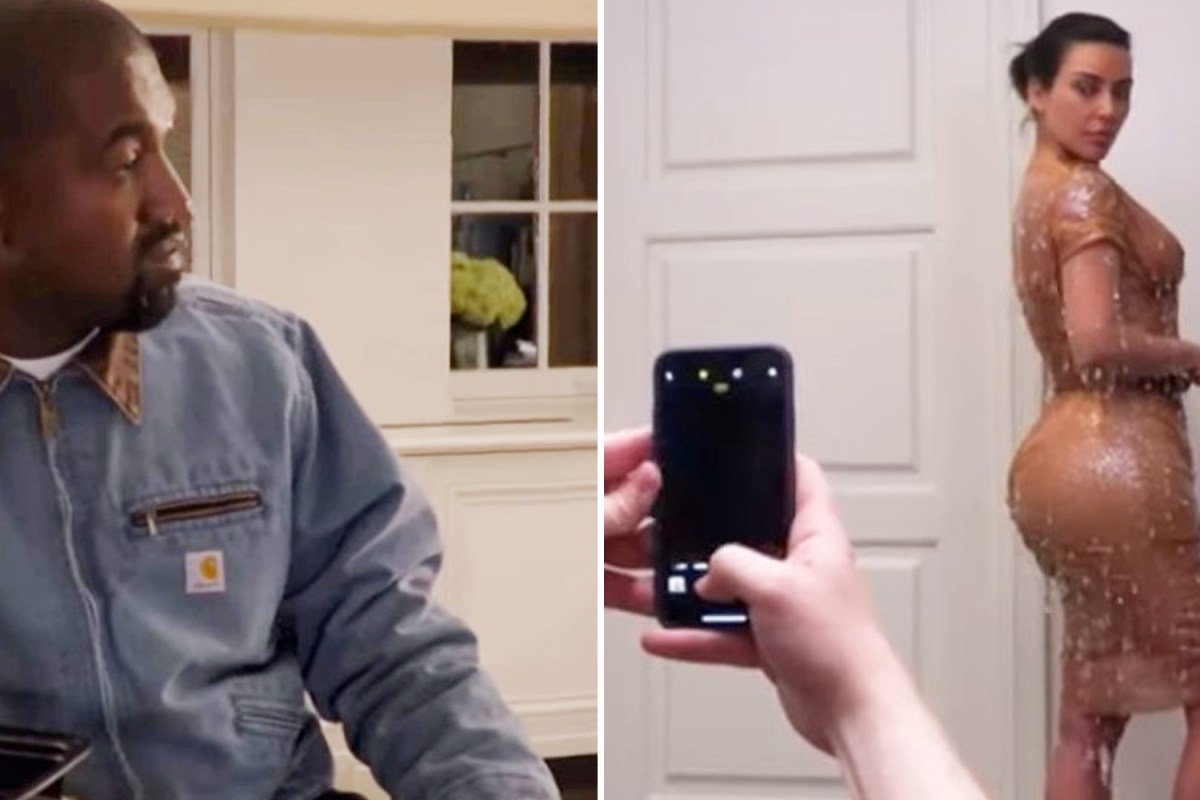 KIM Kardashian’s fans slammed Kanye West for “banning” her from wearing a tight dress to the Met Gala event in a throwback clip from Keeping Up With The Kardashians.

Kanye, 44, and Kim, 41, could not be in the same room together as they argued over her “corset button” in a KUWTK clip.

The throwback clip resurfaced on a fan page on Instagram.

Kim gushed about being on the Vogue cover as she posed in the glittery dress and flaunted her hips.

While in the room together, the Donda rapper argued: “A corset is like a form of underwear. It’s hot. It’s like, it’s hot for who though?”

The reality star appeared upset with Kanye as she sat on the couch wearing her white robe.

Kim swore he was giving her “bad anxiety” and added: “I don’t need any more negative energy for you to now say to me you don’t like me in a tight dress.”

Ye ranted: “You are my wife and it affects me when pictures are too sexy.”

The rap star stormed out of the room while the E! star was left sulking on the couch.

The caption stated: “Remember this episode when Kim and Kanye were fighting the night before the Met?”

In the comments section, KUWTK fans were not pleased with how the music star composed himself in front of her.

One fan said: “The way he walked away was like a toddler.”

Another fan added: “Can’t even take him seriously. He’s so controlling.”

A fourth person chimed in: “When my ex didn’t get his way, he’d storm off just like this.”

A commentator mentioned: “Glad she got rid of him. Such abusive ways!.”

The TV personality filed for divorce from Ye back in February 2021.

Recently, the TV star had gone on a Bahamas getaway with her new man, comic Pete Davidson.

Kim took to Instagram and shared a few sexy snaps as she modeled in a pink bikini.

She showed off her impressive physique and leaned back in a lounge chair while her body was oiled up.

With large black sunglasses on her face, Kim pulled her long hair back into a ponytail.

Kanye appeared to have moved on as well as his new girlfriend, Julia Fox, 31, shared a snapshot from the Schiaparelli catwalk show in her Instagram Story.

The Flashing Lights singer had his face covered up with a black balaclava and his leather jacket was zipped up.

The Uncut Gems actress pulled off a stunning look with her full-length boots and round gold earrings.

She seemed to be holding Ye’s hand in the photo.

Julia captioned the post: “Juliye” along with a black heart emoji.