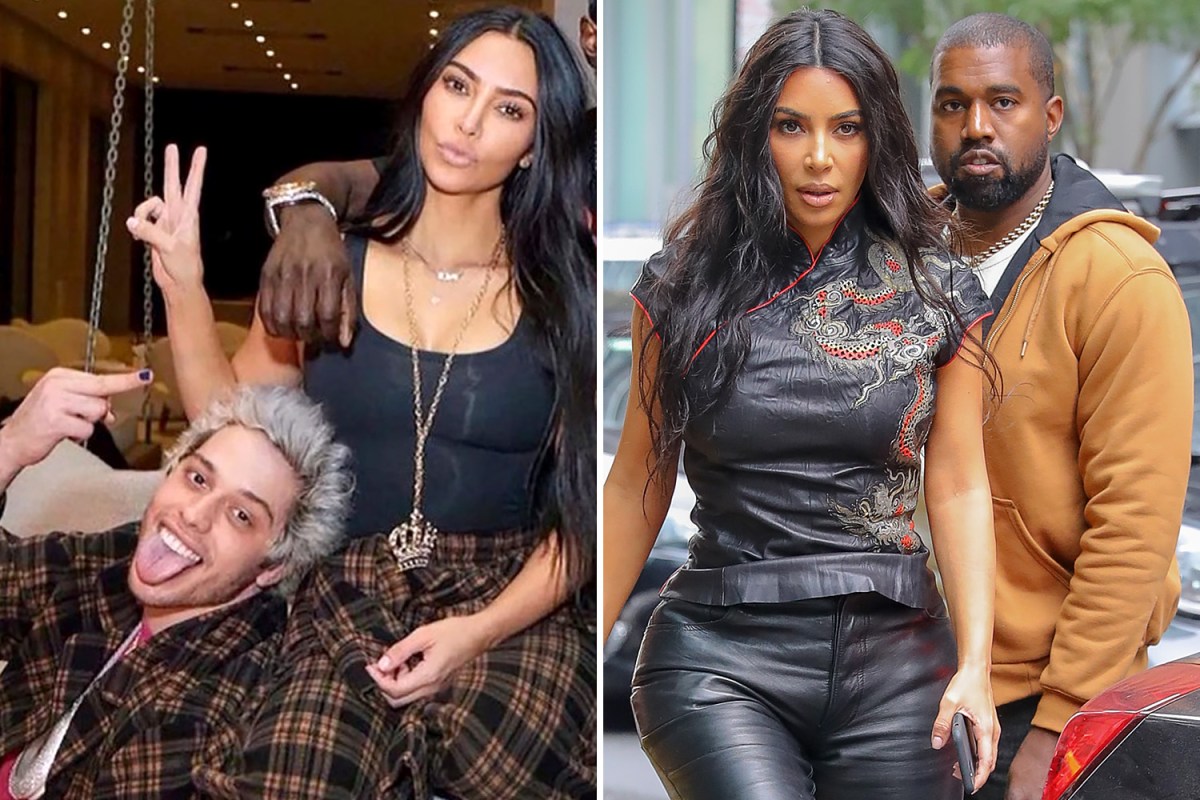 AFTER Kim Kardashian filed to drop her married name – West – sources are saying that boyfriend Pete Davidson just wants her to be ‘happy’.

The Saturday Night Live comic, 28, is standing by Kim, 41, in support, according to HollywoodLife.

According to sources close to the KKW Beauty founder, Pete isn’t particularly phased by the decision.

The insider said: “Pete really has little reaction about Kim’s decision on changing her name back and removing West from it.”

They continued: “If she wants to do it, he is all for it. He is all about having people do things that people want to do for themselves. Whatever makes you happy is his mentality.”

Referencing Pete’s decision to laser off many of his questionable tattoos, the insider said: “He is currently removing his tattoos and he wouldn’t want anyone to judge him for that, so why would he judge anyone for doing something that makes them feel better like a name change?

“It has no bearing on them or their relationship. He’s happy if she is happy. That is his standing on it all.”

The filing was made after Kanye changed the lyrics to his son Runaway during. a recent benefit concert, rapping: “I need you to come right back to me…more specifically, Kimberly.”

Kim was at the concert despite being in the midst of a divorce from the Chicago rapper.

The Keeping Up With the Kardashians alum filed for divorce in February.

She and the musician, who goes by Ye, has been married seven years at the time.

Kim filed to remove Ye’s last name from hers almost immediately after his concert grand gesture.

An insider confirmed to HollywoodLife that the mother of four had, in fact, filed, saying: “This is absolutely true regarding Kim filing documents to become legally single and change her last name back to just Kardashian.”

The source added that the concert was the last straw for Kim.

The source said “as soon as he put her on the spot and embarrassed her in front of their kids and her family by saying, ‘Run back to me Kimberly'” she was done.

Kim was at the show with children Saint, 6, and North, 8. Kendall Jenner was also present.

The insider claimed that Kim felt she “needed to take action right away” and called her lawyer.

They added: “She didn’t see any other choice. Kanye is not only upsetting Kim and her family, but he is confusing their children with the things he is saying to her.”

Hollywood Life’s source said that because Kim and Ye’s children are getting older, they are able to “understand what he’s saying and what is going on.”

By becoming legally single, Kim’s marital status can change despite the fact that her divorce from Kanye is ongoing.

It allows them to focus on custody and property division without other distractions.

A source previously claimed that Kim had no plans to change her name, but it appears she’s changed her mind.

Kim continues to spend time with Pete amid the drama with Ye.

The pair connected when Kim hosted SNL in October.

During her monologue, she touched on her split from Ye, saying: “So when I divorced him, you have to know i came down to one thing – his personality.

“I know it sounds mean, but people keep telling me that comedy comes from truth.

“And if there’s one thing that I always strive to be, it’s genuine.”

She also touched on it during a June episode of KUWTK.

During a confessional on the show, sister Khloe Kardashian said: “Kim is dealing with so much right now. And it’s tough because right before we got here, Kim and Kanye got into this huge fight.”

The show then aired a clip of Kim crying in bed as she admitted to sister Kylie Jenner: “I can’t do this anymore. I can’t.

“How am I still in this place where I’m stuck for years? Like he goes and moves to a different state every year.”

Kim continued: “And I have to be in a place where I’m together for the kids.

“And he’s an amazing dad. And he’s done and amazing job.”

She added: “I think he deserves someone that can support his every move and go to Wyoming to be with him and follow him everywhere.

“He deserves a wife who travels with him and is there for everything. I feel like a f**king failure.”

The couple’s last straw, per a previous report from The Sun, came when they could not agree on a summer vacation destination.

A source said at the time: “Friends have been told that the final straw came when Kim and Kanye were making family summer plans and they couldn’t agree.”

The insider went on: “What seemed like nothing more than a simple conversation over dates and locations escalated, and sadly it turned into a huge blowout argument.

“The final fight that ended their marriage was over nothing more than summer plans.

“It was one blowout fight that wasn’t even that serious and it pushed Kim over the edge.

“Kim was just fed up with the endless conflict and finally called it quits.”