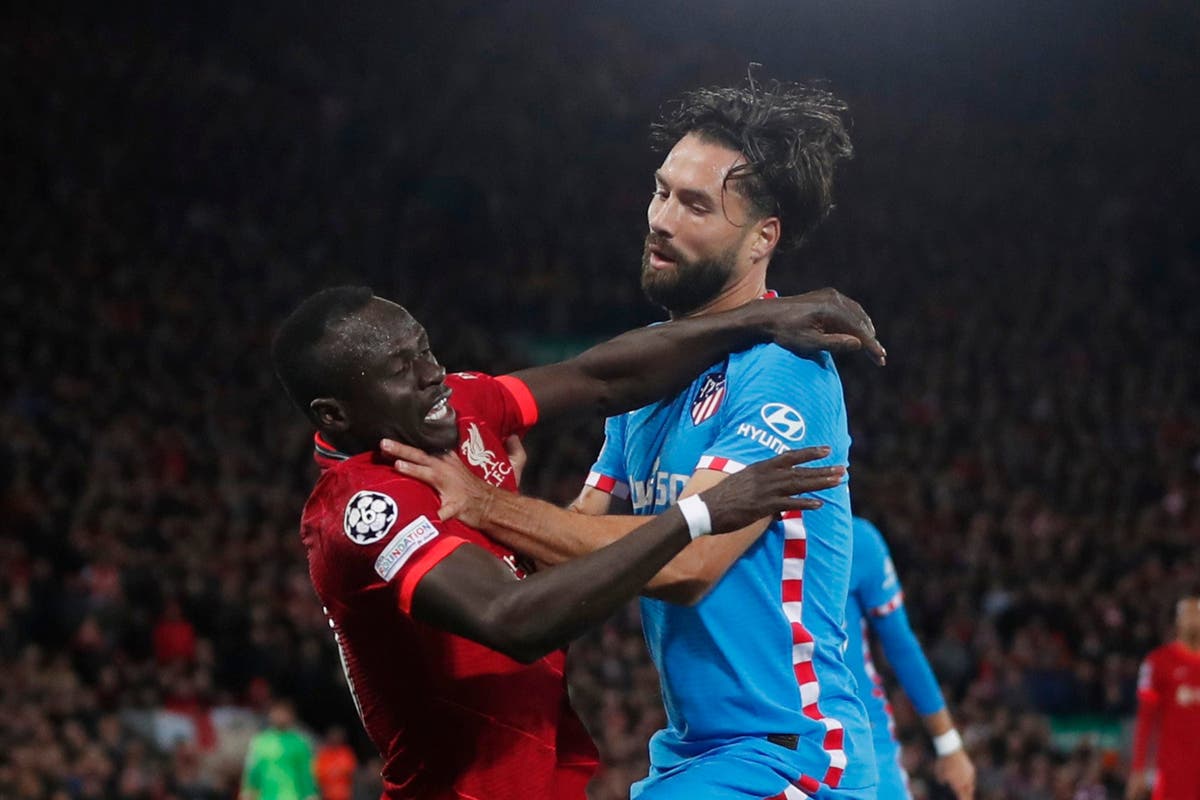 The striker hit his eighth goal of the campaign in the 2-0 Champions League win that sealed the Reds’ place in the last-16. After he showed fantastic strength to hold off the nibbling Atleti challenges, Mane poked home Trent Alexander-Arnold’s cross in the 21st minute.

But Klopp decided to replace the 29-year-old at the break after he picked up a booking for an early clash with Angel Correa. He was later fouled by Felipe, which earned the defender a red card much to the visitors’ anger.

“I really hated the moment when I had to take off Sadio,” Klopp explained to BT Sport. “Because Sadio played an incredible game.

“But my worry was about every type of challenge, in the air where you never know what happens if there’s an arm or stuff like this, and one of them goes down and rolls over three times.

“Then Sadio’s [sent] off and that would have been the wrong thing [to do]. I didn’t like it but in the end I had to do it.”

Liverpool wasted multiple chances to claim an emphatic win on a night that Klopp described as “nearly perfect”. The German praised his players for refusing to get drawn into Atletico’s gamesmanship tactics.

He added: “We have no chance at that level, I don’t think it’s good or bad.

“Everybody is different and you have to use your own skillset, we have to play our football and that’s what we did.”